The development of the new-for-2019 Mustang Supercar played a crucial role in the gearing mistake that led to a $30,000 fine for DJR Team Penske

The fine, half of which is suspended until the end of the year, was given for running a transaxle fitted with the wrong drop gear in title contender Scott McLaughlin's car during a qualifying session at Tailem Bend last month.

It has now been revealed that the initial catalyst for the mistake was the team's involvement in the development of the Ford Mustang, which will make its debut in the series next year.

According to the stewards' report, DJRTP managing director Ryan Story told stewards that a transaxle fitted with a 1.07 final drive built for Mustang testing was accidentally loaded in the truck for Tailem Bend, and then incorrectly fitted to McLaughlin's Falcon.

"[Story] explained that the team had built a transaxle with a 1.07 drop gear ratio for intended testing at Ipswich as part of its development of the new Mustang but the box in which it had been stored had been incorrectly labelled as a 1.00 transaxle," read the report.

"As a result, when the truck came to be packed for the Tailem Bend event that box had been loaded in the belief that the transaxle in it was consistent with the label on it.

"He said that the issue was the result of a genuine mistake. He acknowledged that had the breach been established before race 23, car #17 would have been disqualified from qualifying for race 23 with the result that it would have started rear of grid.

"He did not take issue with the DRD's recommendation to the stewards that a fine is an appropriate penalty but argued that it should be a lesser fine in all of the circumstances."

Stewards ultimately decided on the $30,000 fine, the severity based on the fact that had the issue been discovered earlier McLaughlin would have been scrubbed from qualifying and forced to start from the back of the grid. 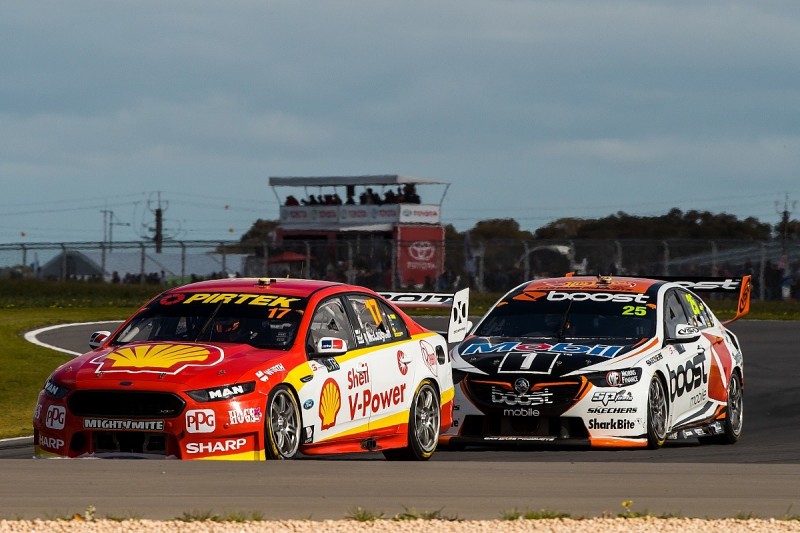 He qualified and finished 10th. With any retroactive time or position penalty impossible to determine, a heavy fine was considered the only option.

"Whether car #17 achieved a better result in race 23 than it would have done had it started rear of grid is incapable of determination now," read the statement.

"For these reasons we considered that a severe monetary penalty is required to deter competitors from infringements of this kind, notwithstanding that in this case we have found the breach was not deliberate and did not result in any performance gain.

"Were the circumstances to have been different, we would not have suspended any part of the fine and have contemplated additional penalties."

DJR Penske accepted the stewards' verdict, and issued a statement saying: "This was a mistake made in error and, as acknowledged by Supercars and the stewards, in no way advantaged car #17 over its competitors."