Japan’s top single-seater series has invested considerable effort in a testing programme this year aimed at decreasing the carbon footprint and increasing the raceability of its cars, running with a pair of development SF19s for 10 days at four different tracks.

During a press conference in last weekend’s Motegi round, series bosses gave a summary of the programme so far and offered a glimpse of what the 2023 car may end up looking like in the form of a sketch - featuring remodelled front and rear wings.

A set of graphics were also shown demonstrating that the new car will generate a much less turbulent wake than the current model, something that series chiefs are hoping will lead to easier overtaking and more on-track battles.

The red areas in the graphics, which depict one car following another from both side-on and top-down views, represent low air pressure, or ‘dirty air’, while the blue represents high-pressure, ‘clean’ air.

They demonstrate that less turbulent air is able to reach the front wing of a chasing car with the new car, and that the width of the bubble of dirty air that does affect the chasing car is also narrower. 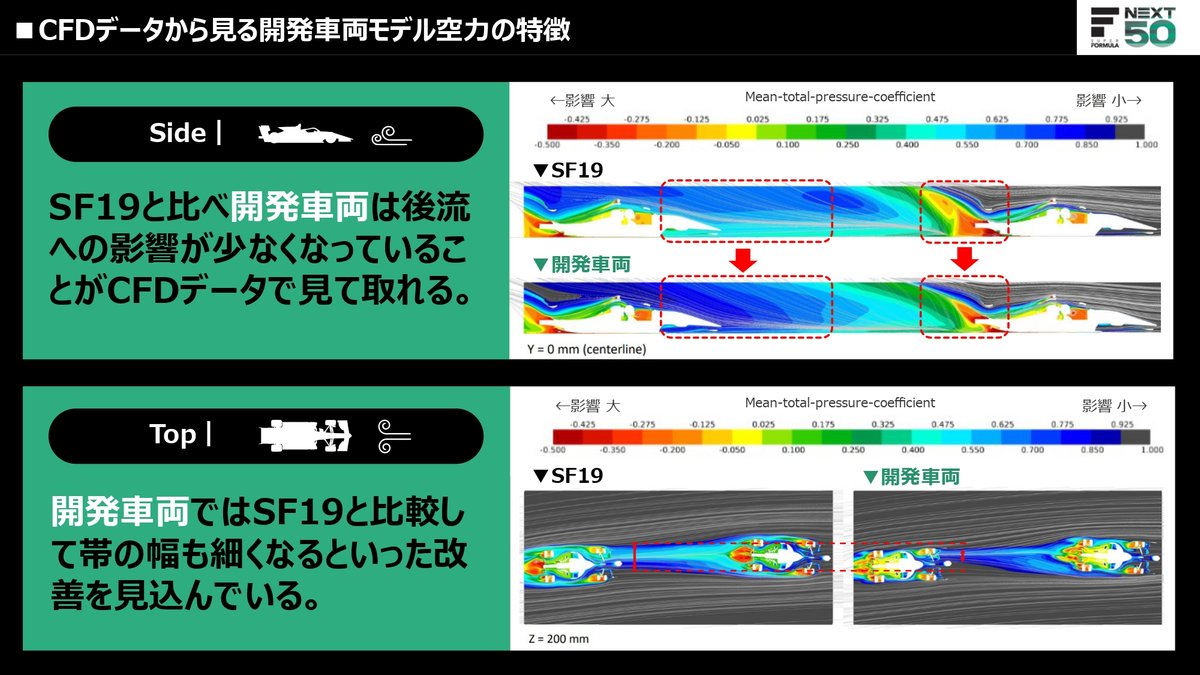 The top graphic shows a side-on view of one car following another, while the bottom graphic offers a top-down perspective. The images marked '開発車両' are of the 2023 development car.

This effect has been achieved partly with a revised rear diffuser aimed at sending the dirty air upwards sooner instead of directly backwards towards the chasing car.

Additionally, the front wing has been modified to reduce the amount of outwash, whereby the endplates funnel air around the outside of the car, in favour of sending more air directly underneath the car to run through the floor.

Promoting more passing was one of the goals of Super Formula from the outset of the project, dubbed ‘Next50’, along with the introduction of more sustainable materials, while improving engine sound has also been tackled more recently.

So far 8076km of running has been completed at Fuji, Suzuka, Autopolis and Sugo by development drivers Hiroaki Ishiura and Koudai Tsukakoshi, of which 1572km was dedicated to testing different aerodynamic concepts.

The test scheduled for prior to last weekend’s Motegi race was postponed until November, with the next run slated for late October at Suzuka where something approximating the final version of the new car will hit the track.

This will include previously-tested Yokohama tyres featuring more sustainable materials and engine cover and sidepods made partly from Bcomp flax fibre, both of which are likely to be part of the final 2023 car specification. 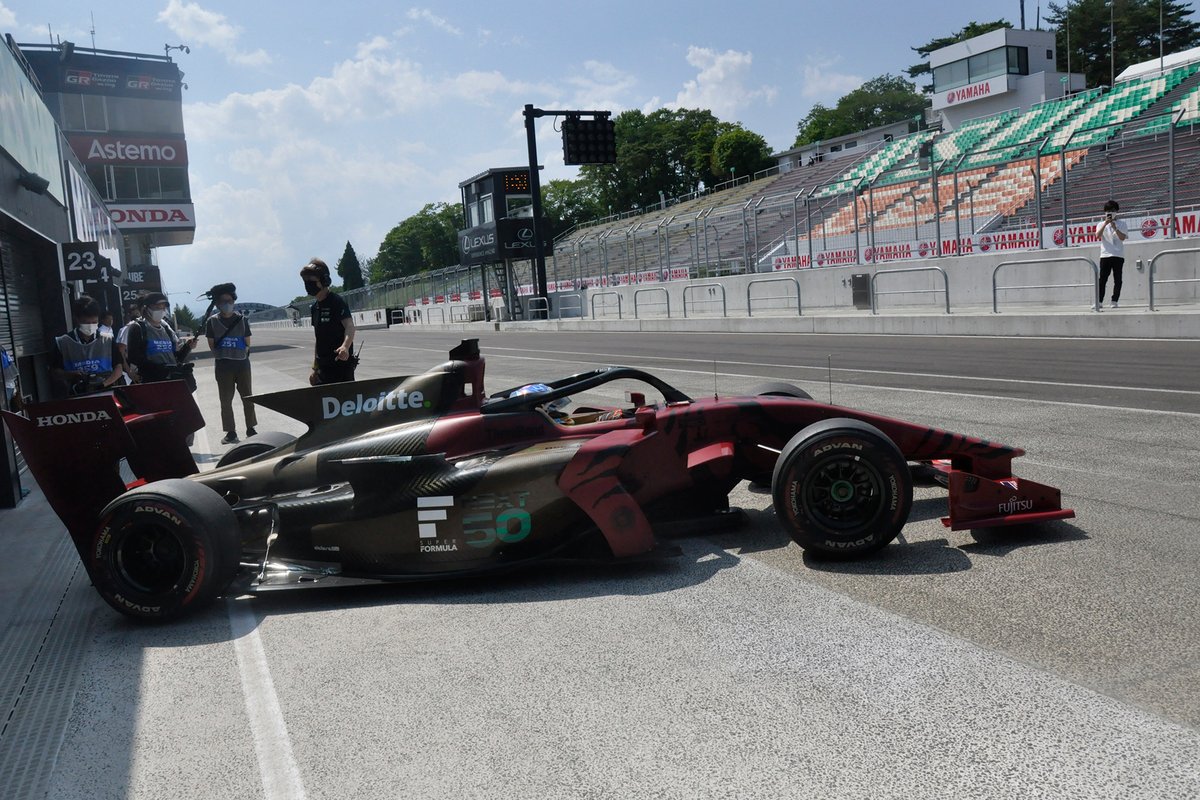 Earlier this year, the project’s technical director Yoji Nagai told Autosport that downforce levels would be cut by a little over 10% compared to the current cars, leading to lap times about one second slower at most circuits.

However, following the latest findings, Nagai said the actual figure would be about 8% when the latest version of the car hits the track at Suzuka.

The upgraded car is likely to get a new moniker despite being based on the current Dallara-constructed SF19, with the label ‘SF23CN’ (CN standing for 'carbon neutral') believed to be one possibility.