Former Holden driver Mark Skaife says Supercars must retain the brand's fan base once the cars are gone - and GM could be the key to doing it.

The Holden brand will be no more as of the end of this year, owner General Motors axing the Aussie carmaker as part of a global move away from right-hand-drive markets.

While it means there will be no factory Holden team in Supercars next season, the ZB Commodore will continue to race for at least another year, ahead of the introduction of the Gen3 rules in 2022.

There is, however, no long-term future for the Holdens, leaving questions over how to fill the void given significant fan base that has been built through the traditional Ford versus Holden rivalry.

According to Skaife, who won three of his five Supercars titles with the Holden Racing Team, retaining those fans has to be seen as an absolute priority by series officials and suggests the best way to do that would be through bringing another GM product into the series.

"My dad, a very wise man who taught me a lot, told me it's much easier to keep a customer than it is to find a new one," Skaife told Autosport.

"So I would be working very, very hard on keeping Holden fans attached and ingrained as part of our sport.

"I would have thought GM is the answer to that puzzle."

GM will continue to have a presence in Australia through its newly-established GM Special Vehicles arm, something Supercars squad Walkinshaw Andretti United will be directly involved in. 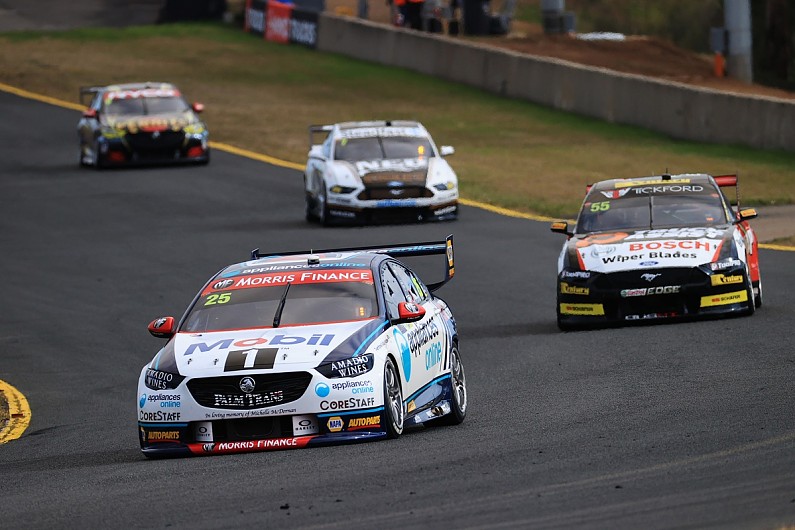 That opens the door for, but far from guarantees, a marketing programme built around Supercars.

A significant complication is a suitable model; the Camaro does not appear to be part of GMSV's plans and, while the Corvette would likely fit the two-door friendly Gen3 control chassis, would have to be front-engined as a Supercar.

In terms of his wider views on Gen3, Skaife backed the current plan to make the roll hoop around 100 millimetres lower to better suit coupes.

He says that will help the series target the "affordable aspirational" market, which should appeal to both fans and manufacturers.

"Make Mustang your base affordable aspirational car, which clearly it is, and then line up cars of that ilk that can compete.

"That's the base, I think. That's the most market relevant.

"Even though you might not be able to afford a Toyota Supra or a BMW M4 or an Alfa Giulia or a Kia Stinger, it's a sense of loving the look and feel and road presence of those sorts of cars.

"And they are, in modern talk, genuinely affordable."

Along with the roll hoop and general cost containment, aerodynamics has been a big talking point for Gen3 amid creeping downforce numbers with the current cars. 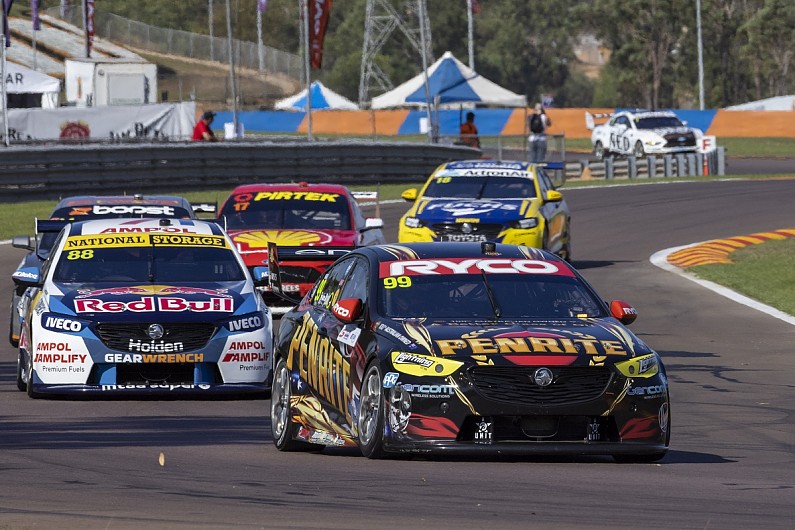 While Skaife agrees changes are needed to help improve the racing, he reckons it will require careful consideration of efficiency, not just outright downforce.

"What's been missed, and it's not been reported enough, is that it's not the aero," said Skaife.

"If you look at the amount of downforce the cars have, they've probably got the same or similar levels of drag to what we had 15 years ago.

"From a straight-up grip perspective they've got a massive amount of grip, but they've got reduced drag.

"The art of doing that is seriously scientific and seriously clever people have been able to generate that level of lift-to-drag ratio.

"It shouldn't be a surprise that you get an outcome like we've got.

"It was most evident at the two Darwin events, that the lead cars is too efficient. The lift-to-drag ratio doesn't penalise the front car enough. You almost have no tow.