The 28-year-old, who challenged for the 2015 title until a leg-breaking shunt in qualifying for the Bathurst 1000, has been on BMW's books since he caught the eye of the Bavarian marque while driving a customer M6 GT3 at the Bathurst 12 Hour in 2017.

That led to Mostert being called up for a number of events outside Australia in the M6 GT3 and the M8 GTE, including the 2017 GT World Cup in Miami, the Paul Ricard 1000km round of the Blancpain GT Series Endurance Cup in 2018 and the Daytona 24 Hours that traditionally commences the IMSA SportsCar Championship.

This year's Daytona race was the highlight of his spell with BMW, as Mostert teamed up with John Edwards, Augusto Farfus and Jesse Krohn to give BMW its second consecutive GTLM class victory in the 24 Hours.

Speaking to The Loud Pedal podcast, Mostert said that the decision to end his BMW deal was "mutual" amid COVID-19 travel restrictions and his desire to race "different types of GT cars and see what the buzz is about". 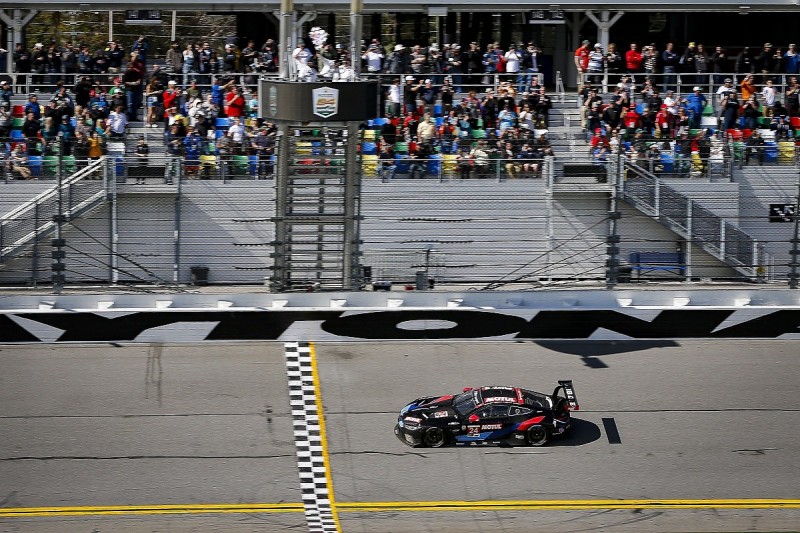 However, he left the door open to returning with the factory in future.

"Probably a lot of people don't know [that] during this COVID period I decided to [go] freelance and split with BMW for the time being," said Mostert.

"Just being locked down here in Australia as well, obviously there's no opportunities to race a GT car at the moment.

"I will always have that connection with those guys and we'd love to something in the future with them.

"Hopefully there's an opportunity to go back and race with those guys, but just didn't see the point of being tied down at the moment during [a time] where you just aren't able to go overseas.

"We'll see what happens in the future."

Mostert currently sits third in the Supercars standings in his first year for WAU after splitting with long-time backers Tickford Racing.

He has scored three podiums to date, including in the first two races of last weekend's Townsville double-header.