Apart from being the only part of the car in contact with the track, there is one particular attribute shared between every type of racing tyre: they all have the ability to win or lose races. Understanding, managing and exploiting them - while riding your fair share of luck - is often the difference between success and failure.

Casual fans may roll their eyes when they hear the words "tyre management", as it's often stigmatised as a gimmick introduced to spice up racing where it isn't needed. But for ex-DTM and Super GT racer Peter Dumbreck, it is a misunderstood art.

"You can often underestimate how important tyre performance is," the Scotsman says.

From the "predictable" nature of spec tyres in the DTM to a raging tyre war in Super GT, Dumbreck now plies his trade in the Nurburgring Nordschleife-based VLN series with Falken Motorsports - a Japanese tyre manufacturer with a racing team based in Germany.

"I used to race on spec tyres in the DTM and they were for sure not the highest quality around," he says. "Then I went to Japan to race Super GT and suddenly I'm on confidential tyres in the middle of a massive tyre war! 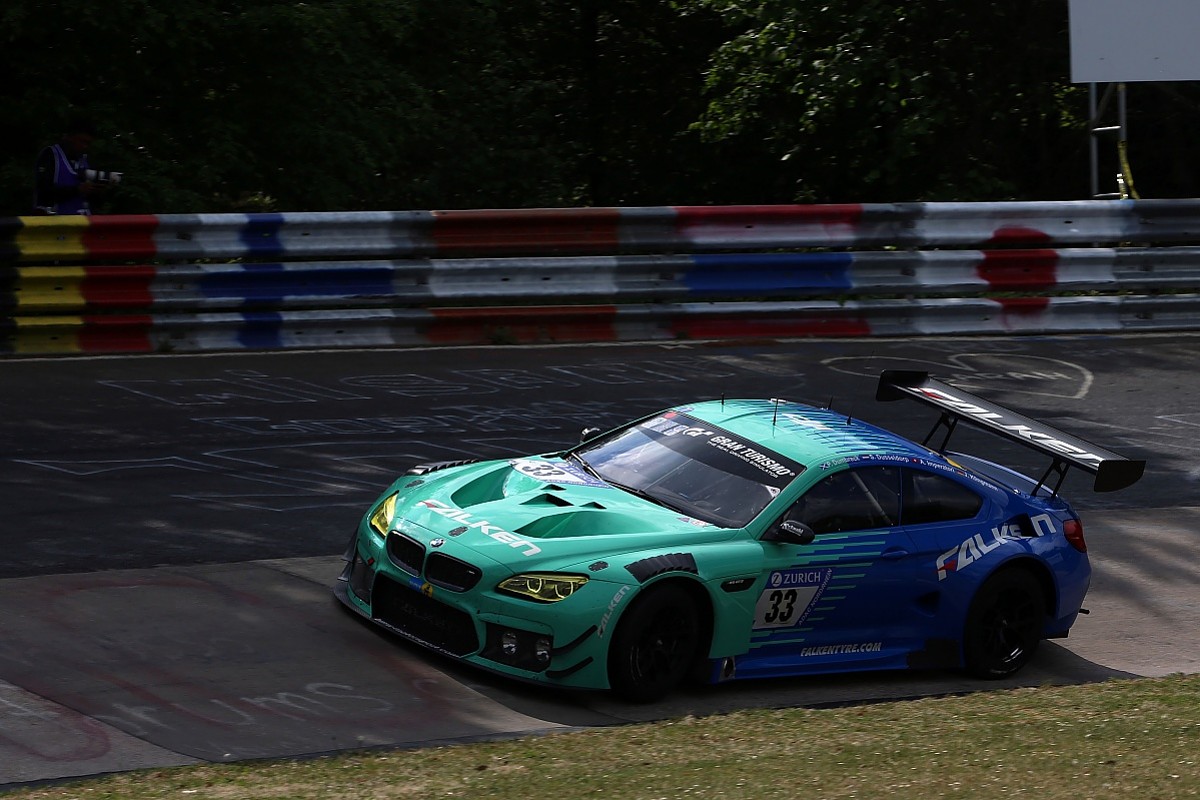 "Stick those on a DTM car and you've gained easily three seconds just from the tyres alone. When everyone's on the same tyres, it's predictable. When you've got to manage them, that's what wins you races."

With the Nurburgring 24 Hours just around the corner, Dumbreck relishes the opportunity to develop circuit-specific tyres, which he hopes will help him better Falken's best-ever finish of third, achieved in the 2015 race.

Part of what makes the 24 Hours such a difficult race to win lies in the unpredictable nature of the circuit they call 'The Green Hell'. Stretching over 20 kilometres, with 73 corners in total (33 left and 40 right), and a maximum elevation of 627.70 metres above sea level, the Nordschleife is the perfect development challenge for Falken, which has been racing there for the past 20 years.

The length of the circuit and the vast elevation changes combined make tyre choice important, not only for securing a good result, but in ensuring you make it back round for another lap.

Dumbreck's Falken Motorsport stablemate Martin Ragginger has a wealth of experience in GT racing at the 'Ring, but readily admits that cracking the 24 Hours relies just as much on luck as it does on meticulous preparation.

"It's so difficult to get a solid idea of what works well and what doesn't when it comes to tyres," says Ragginger (below), a previous winner of the Spa 24 Hours who will race Falken's new-for-2019 Porsche 911 GT3-R with Jorg Bergmeister, Dirk Werner and Klaus Bachler.

"There are no tracks like the Nurburgring so development of compounds is really hard. Knowing the tyres and understanding how they behave are very important. Once the tyres are homologated, they are frozen and there is nothing much else we can do about them. We can react a little bit and work on the set-up around them but that is about it." 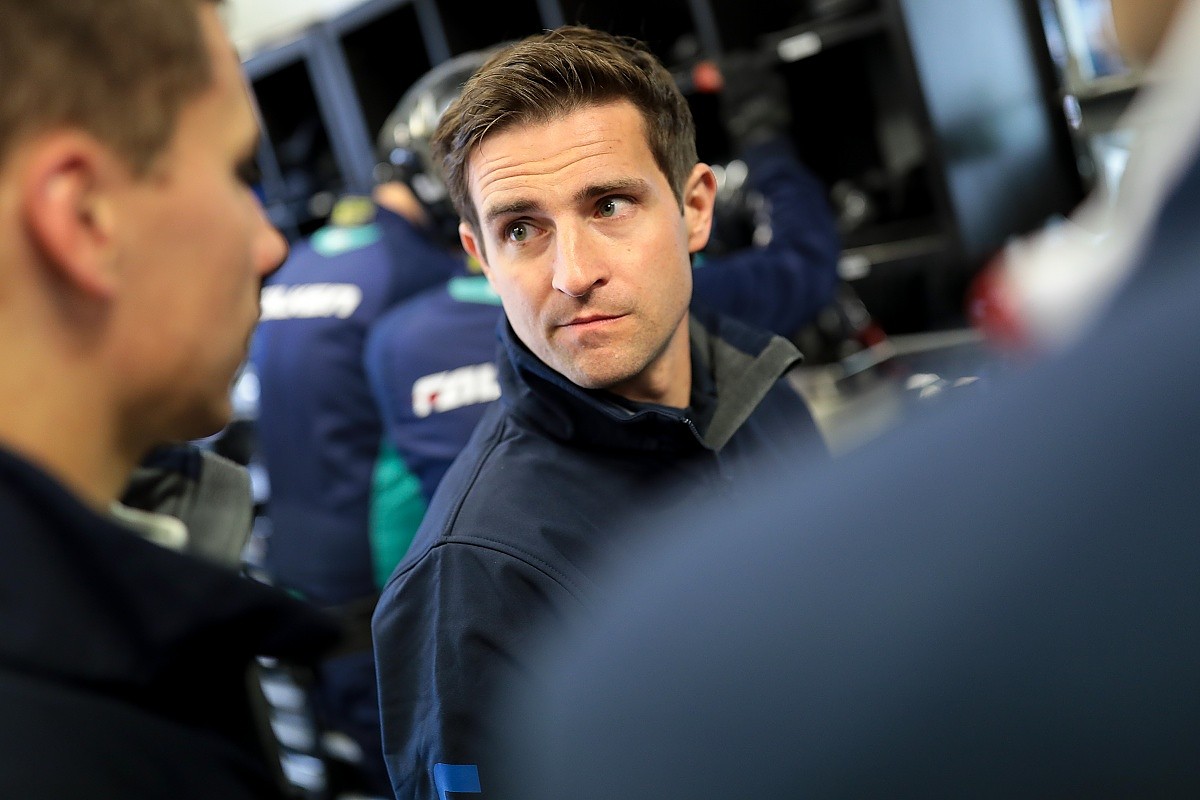 Regulations state that every team in the 24 Hours must homologate three compounds of dry-weather tyres - hard, medium and soft. Each tyre must do two laps of the 'Ring before being passed fit for the race. Therefore, the often-laborious behind-the-scenes work - via the VLN rounds on the Nordschleife - is a critical cog in the operations.

Falken Motorsport team principal Sven Schnabl explains: "Because we have such little testing time on the Nordschleife, it's always hard to gauge what tyre works best for the race, which is usually months in the future.

"When we had to homologate our tyres, we had so many problems with the weather which cost us a lot of track time. In VLN 1 it rained, VLN 2 was snowing and then VLN 3 we had a mix of rain and dry. It's not the ideal situation, but it was the same for everybody in the end."

Launched in 1983, Falken is owned by Sumitomo Rubber Industries, the fifth largest tyre manufacturer in the world, but its motorsport programme budget pales in comparison with the likes of Michelin and Dunlop. Although its tyres are now commercially available to other race teams, Falken is currently at a disadvantage when it comes to sharing knowledge with competitors on the same rubber.

"We're not a small tyre company, but we are 'the underdog' compared to Michelin and Dunlop," says Ragginger. "In terms of developing a tyre for the 24 Hours, it's quite difficult to compete with those guys."

But when it comes to a race weekend, the benefits of bucking the trend on set-up can pay dividends. 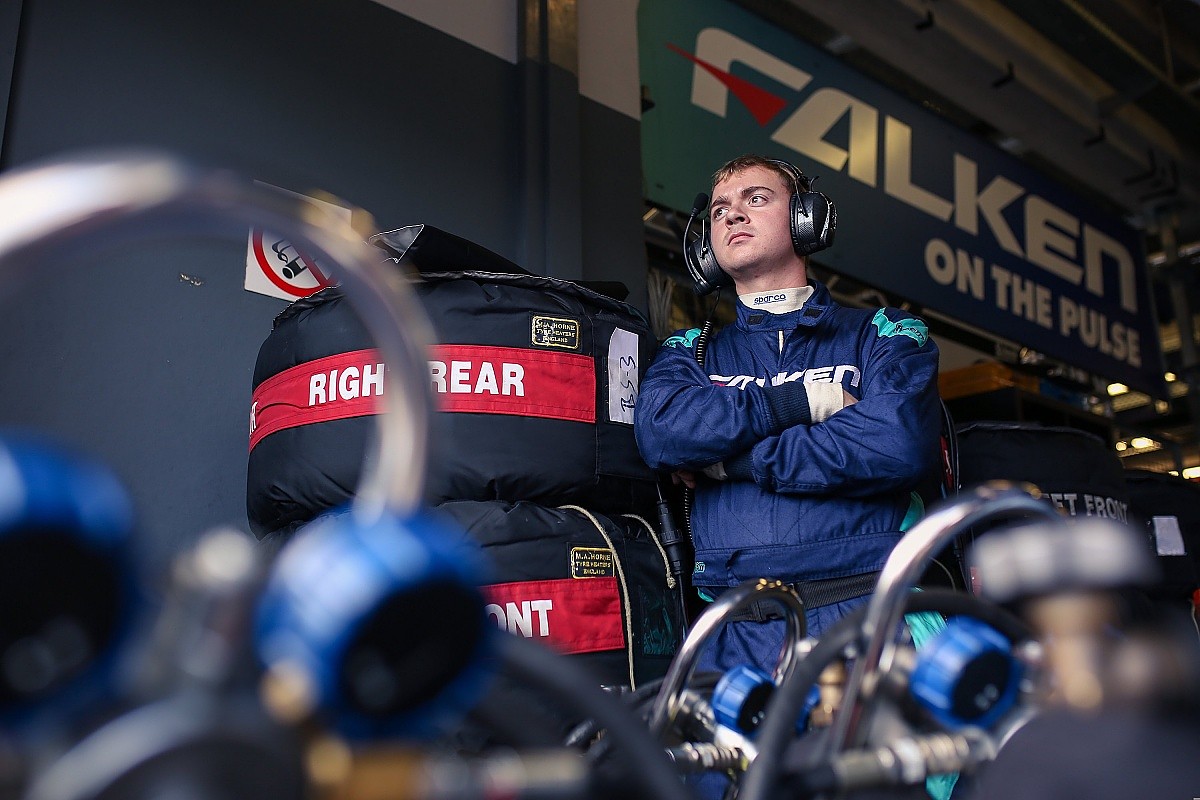 "If you look at Manthey, which is a factory Porsche team, they don't need to think about tyres," explains Dumbreck, who will race Falken's BMW M6 GT3 with Jens Klingmann, Stef Dusseldorp and Alexandre Imperatori.

"They only need to focus on set-up and the running of their car and each driver doing whatever. We have two cars, with basically a trailer full of tyres.

"We have a base set-up on our car and we tune the tyre to that, whereas everyone has a base tyre which has been brought by Michelin, Dunlop or whoever else and they are tuning their car to that tyre, so we do it the other way around."

"Getting the tyres up to the right temperature is tricky, so you need to be careful because you can quite easily crash" Martin Ragginger

The benefit of all this planning and preparation, understanding what compound does what and how it behaves in certain temperatures and road surfaces, is that when the 24 Hours commences Falken will have a baseline from which to build the weekend.

One of the key aspects of any race weekend is to get the tyres into their operating window as quickly as possible and maintaining consistent performance throughout a stint.

"It's pretty easy to [turn on] these tyres, actually," says Ragginger.

"Usually within half a lap, you're right in the window. The difficult thing is doing that at night. Getting the tyres up to the right operating temperature is tricky, so you need to be careful because you quite easily crash."

Dumbreck, who has made 15 appearances at the N24, concurs: "It's a risky time on that first lap out at night because the car is sliding more than ever. In my first stint, I always think, 'Let's just get through this and see where we are'. Then you can start pushing." 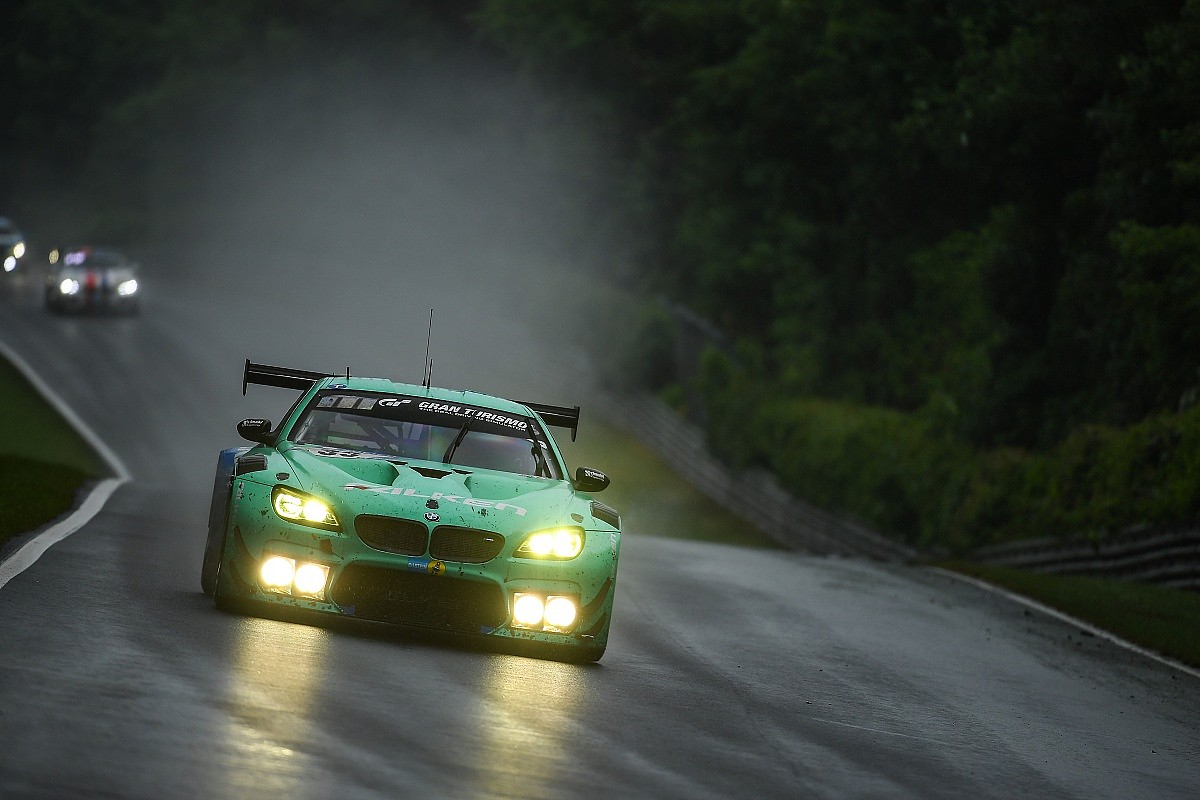 Having primarily used Porsche machinery in its early GT3 days, Falken opted to add the BMW to its roster alongside its previous-generation 911 GT3-R in 2017. As might be expected, the two cars cannot be any more different, which has a significant effect when it comes to tyre drop-off.

"The old 997 was always great on the Grand Prix circuit in terms of grip and performance, but it used to drop off quite a bit when it got to the Nordschleife," Ragginger explains.

"For the last three years with the 911 it's been more of the opposite. You will still get a bit of oversteer and understeer on the GP circuit, but the car feels more balanced on the Nordschleife. It's a compromise - you almost have to sacrifice some speed on the GP layout, knowing that the car will be better on the rest of the lap."

"The M6 has the engine in the front, so a lot of the weight is over the front tyres, which is great for fast corners," adds Dumbreck.

"But with the Porsche, the engine is in the rear and they tend to struggle with more understeer. We're about 10km/h faster on the fast corners, but they have better traction than us.

"The problem with the Porsche is that if you overheat the rear tyres, you start to lose the back end of the car and that can generate oversteer, which is the last thing you want on the Nordschleife." 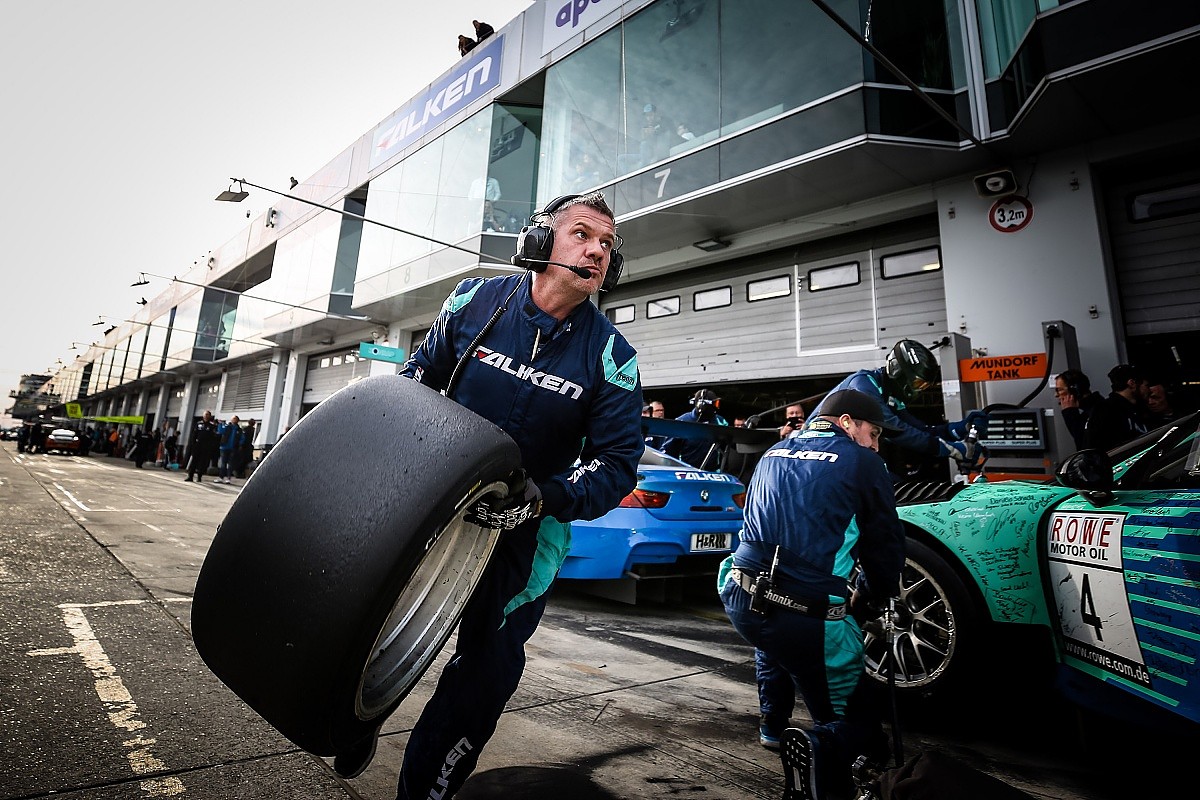 Any thoughts of oversteer and understeer are quickly shifted to the back of a driver's mind, though, when rain starts to fall. This is when knowledge of the tyres plays a crucial role in knowing when to pit, and when to stay out.

"This is definitely one of the hardest things you can experience at the Nurburgring - it's not at all easy to pick the right tyres," says Ragginger.

"Staying on slicks when the track is damp or even fully wet is sometimes the right call, because even if you cannot match the pace of the others, you lose so much time in the pits, roughly around two minutes versus those who don't pit."

"As a driver, it's your call," Dumbreck adds.

"If you're at Hohe Acht, the highest point of the circuit and it's raining heavily there, and you get to the Dottinger Hohe straight and it's now dry, that heavy rain is not going to disappear. You now have to make a call on whether you want full wets or cut slicks. It's such a tough decision."

The Nurburgring Nordschelife is a definitive motorsport beast that can bite the unwary hard. But drivers with a keen understanding that tyres are far from pieces of spherical rubber bolted onto four corners of a car give themselves the best chance of avoiding the barriers' magnetic hold. Nurture the tyres, treat them well and you become a Nurburgring legend overnight. 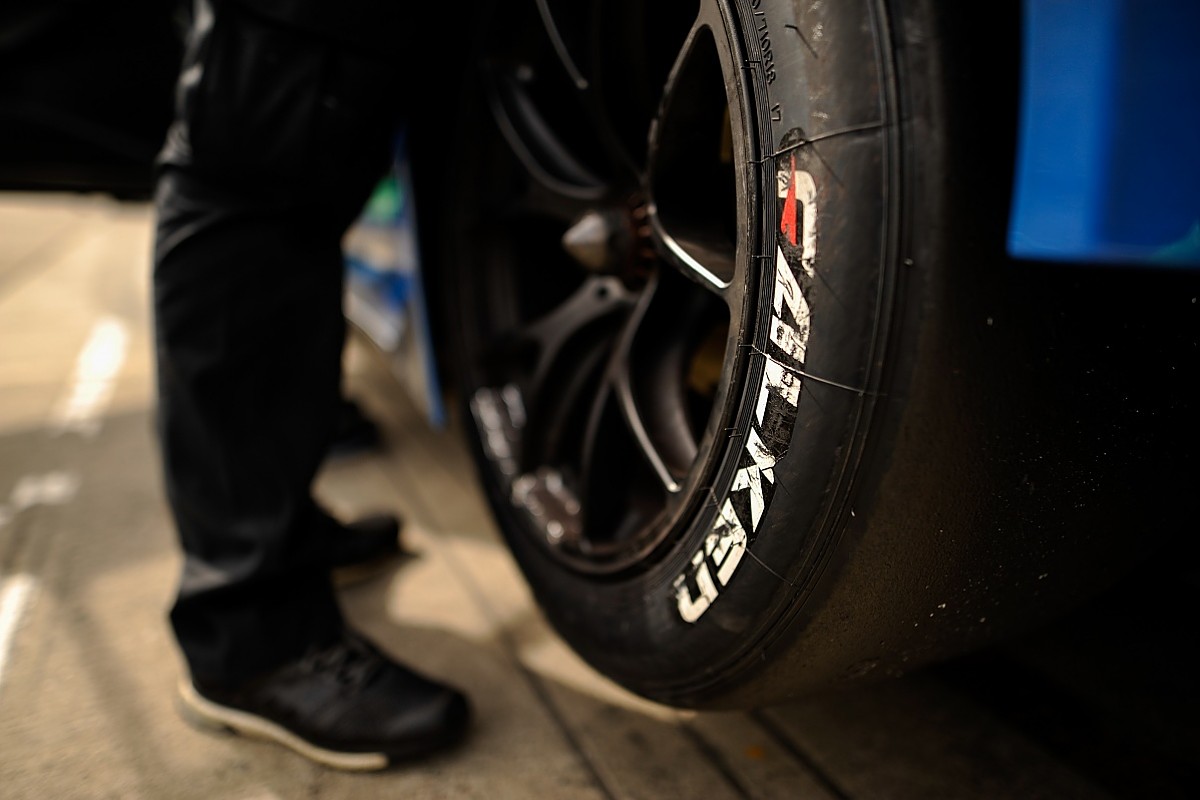 The more you know, the faster you go

Preparing for the Nurburgring 24 Hours is no walk in the park. Fine margins often determine who emerges victorious and who is largely forgotten as the crew who missed out, so the relationship between the engineering staff and the drivers cannot be overstated. For Schnabl, it's a case of leaving his team to get on with business.

"The first thing a driver usually discusses with their engineers once they get out after a session is the feeling of the car in a very general sense - that is quite normal," Schnabl says.

"The engineers need to know, 'Is this car handling good? What is the degradation like? When do the tyres drop off and what is the grip like between the GP circuit and the Nordschleife?' All those basic things."

Because Falken tunes its tyres to a baseline mechanical set-up for the two cars, it's easy to run into teething troubles in the first year with new-generation machinery.

"Preparing the two cars has been very different for us over the last year," says Schnabl (below). 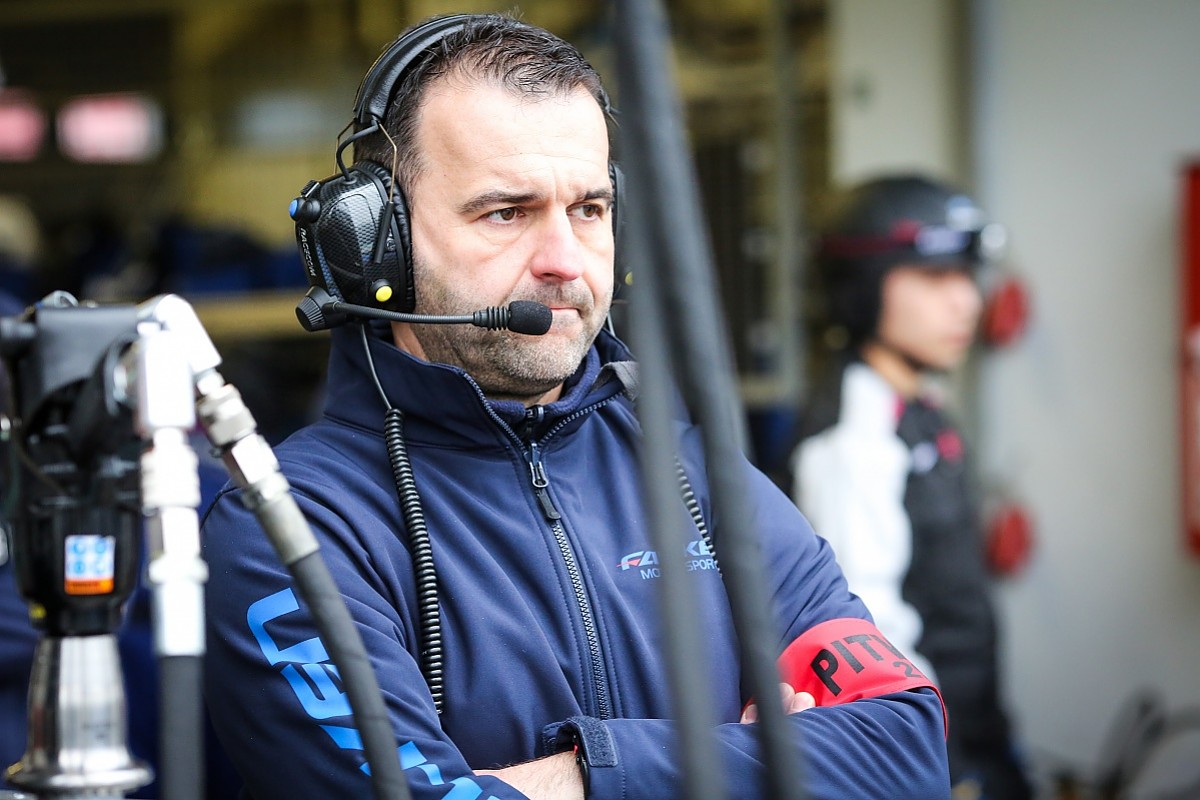 "We know the BMW from 2017 and '18, so there is no real set-up work to do, just focusing on tyre development. For the Porsche, the Gen-2 car is completely different to the Gen-1 so we have no set-up.

"This means we have to concentrate on testing tyres, seeing what works and what doesn't, which is a long process."

That is where Falken relies on its experienced roster of drivers - which includes Bergmeister, who won his class at Le Mans last weekend, and ex-LMP1 racer Imperatori - and engineers to constantly test and adapt the performance of both tyre and car ahead of the race.

"We're lucky to have such experienced guys in our team, and we definitely tap into the knowledge from past teams where they have used other types of tyres," adds Schnabl.

"They give their input and the engineers take that on board and change something. If it works, great, but if not we keep working on it."

For such a young team and company, the approach of getting the right people for the right job speaks volumes.