The pro-am pairing finished a close second to the Gama Racing partnership of Chris van der Drift and Evan Chen in Saturday's opening encounter, before working their way through to win from sixth on the grid on Sunday.

Jusso Puhakka and Takashi Kasai still lead the Pro standings from van der Drift/Chen by five points after a class win and second place each for the two crews.

Having topped qualifying by over half a second from Brendon Leitch (Leipert Motorsport), van der Drift led the opening stages of the first race from VSR's Yuki Nemoto and Hojust Racing's Yazid.

Leitch dropped to the rear of the field after attempting a pass round the outside of van der Drift at Turn 1 and taking to the run-off area.

The leading trio of van der Drift, Nemoto and Yazid quickly broke clear of fourth-placed Puhakka and remained nip-and-tuck approaching the opening of the pit window after 20 minutes.

Van der Drift managed to put in a series of quick laps before his mandatory pit-stop to extend his margin at the front to 1.560s over Nemoto. 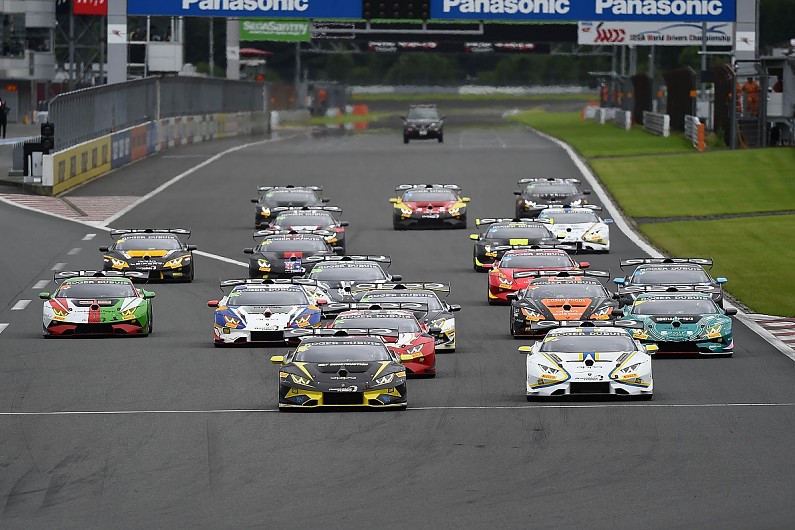 Four minutes before the pit window closed, van der Drift made his compulsory stop and handed over to Chen, while Yazid and Nemoto elected to stay out.

Chen's lead in the #1 Gama Racing Huracan was reduced once Yazid and Nemoto - who swapped with Toshiyuki Ochiai and Alex Au respectively - made their stops and set up a tight final 20 minutes.

Ochiai challenged Chen momentarily as the latter got up to speed but ultimately did not have enough in him to mount a serious threat to the lead.

Chen eventually eked out a three-second margin over Ochiai at the finish, while Au slipped behind the Puhakka/Kasai Huracan in the fight for the final step of the podium.

The pro-am pairing of Max Wiser and Henry Kwong lined up on pole for race two, with Wiser making a strong getaway from the rolling start.

Wiser quickly made use of the clear air in front of him and opened up a mammoth 28-second advantage during his stint before the mandatory pit-stops.

Ochiai surged up into second in the opening minutes and maintained the #3 Hojust Huracan's position comfortably from amateur driver Yue Lin.

Despite running strongly at the start, Au got swallowed up and dropped as far down as sixth.

Ochiai was the first of the frontrunners to pit when the window opened and he swapped with Yazid at the half hour marker. 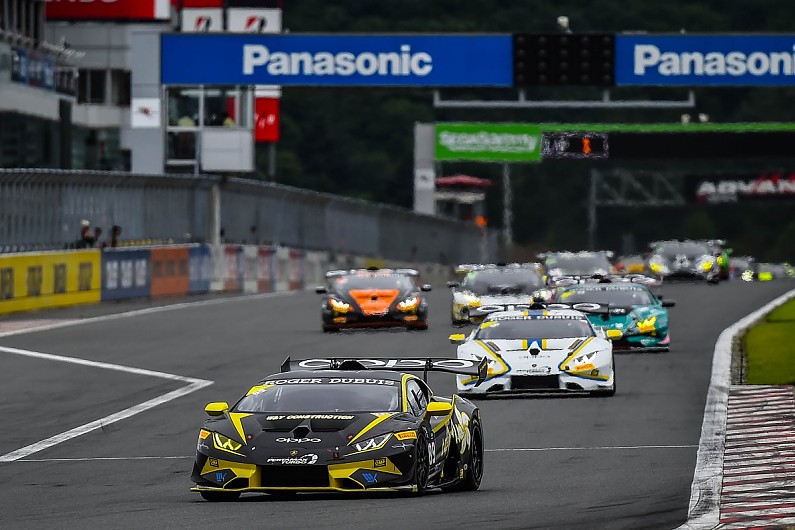 Au, Chen and Kasai then followed suit, while Wiser stayed out until the last seconds of the window before handing over to Kwong.

Kwong was ultimately unable to keep up the performance of Wiser and tumbled down the order once he exited the pits.

Yazid took four seconds out of the Hong Kong driver in two laps and seized the lead on the exit of the Turn 3 Coca-Cola Corner easily.

Kwong then fell behind Nemoto, Puhakka and van der Drift in quick succession, eventually finishing 10th by the flag.

Nemoto began to close the gap to Yazid out front, but he responded by setting a number of fastest laps to keep the margin at just over four seconds to claim both the overall and pro-am victories.

Am class honours were an all Japanese affair with Promotion Racing duo Jun Tashiro and Satoshi Furuta claiming a pair of wins.

A 30-second post-race time penalty for FFF Racing's Yue Lin gifted Tashiro and Furuta victory in the opening race, before romping to a 19-second victory margin over Lin in Race two.