After 36 days and 8500 miles, Crown won the endurance rally for the third time in his Leyland P76.

The weary but jubilant finishers arrived at the finish line in Paris on Sunday, more than a month after setting out from Peking.

In 36 days, crews crossed deserts and mountains as they travelled through Mongolia, Russia, Kazakhstan, Estonia, Latvia, and Lithuania and into Western Europe.

The event is one of the last remaining great endurance motor challenges and regular competitors said the seventh edition was the toughest one yet.

Rally veteran Crown said: "Our third win in the Leyland was the toughest yet but it was also very enjoyable.

"What we really needed though was a few more 87-year-olds in the field to keep me company.

"I must also congratulate the organisers for keeping the spirit of the rally alive, it's the Blue Riband event of the historic world and it needs to be tough." 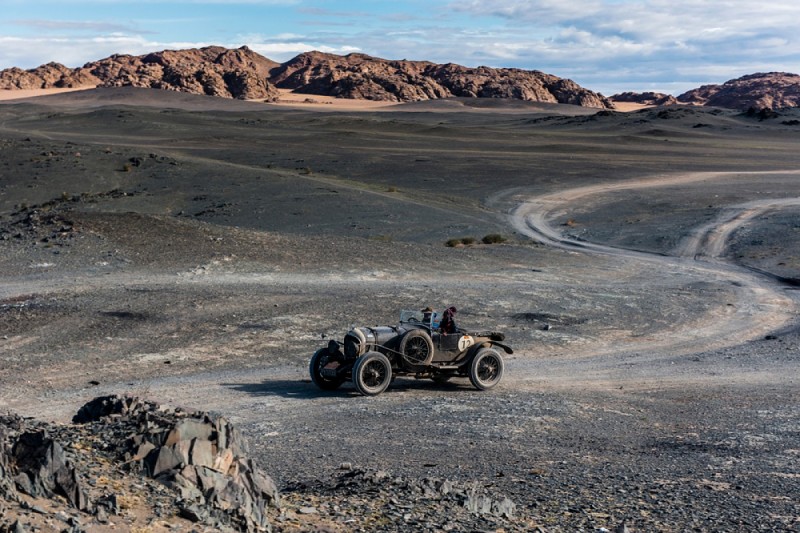 British husband and wife team Graham and Marina Goodwin marked 100 years of Bentley by winning the Vintage Class in their 1925 Bentley Super Sports at their first attempt at the Peking to Paris.

Graham said: "It means so much to win in a Bentley in Bentley's 100th year.

"The event was stressful but thankfully we had a bit of good luck, which everyone needs. It was tough leading the event for so long and seeing your lead slowly coming down."

Other features of the flagship event from the Endurance Rally Association included Anton Gonnissen Sr and Herman Gelan Jr finishing the event in their 1907 Contal Mototri three-wheeler, 112 years on from Pons' failed attempt in the original race.

"This was the journey of a lifetime," said Gonnissen.

"Auguste Pons failed in 1907 and there was a gap to be filled. We have put the ghost of Auguste Pons to rest after 112 years."