There were some very important messages promoted through motorsport during 2020. Mercedes switched its Silver Arrows to black to showcase its commitment to tackling racism; many of the Formula 1 teams carried #weraceasone branding, and some rainbows, as part of the championship’s initiative to promote diversity; while other cars featured NHS stickers to highlight the tremendous work the health service has done during the coronavirus outbreak. And Andrew Cohen-Wray’s Ginetta in the Ginetta Racing Drivers Club series was also adorned in stickers, raising awareness of an issue that has become even more significant amid the struggles of the pandemic.

On the side of his Ginetta were the logos of the Survivors of Bereavement by Suicide charity. Cohen-Wray has a strong bond with the organisation, since his brother committed suicide. It was an incredibly difficult time for him, especially as he had lost his memory a few years beforehand as a result of post-traumatic stress disorder following his time in the police. This meant he had, in effect, only known his brother for three years. The charity was a lifeline to him and he was therefore keen to give something back. 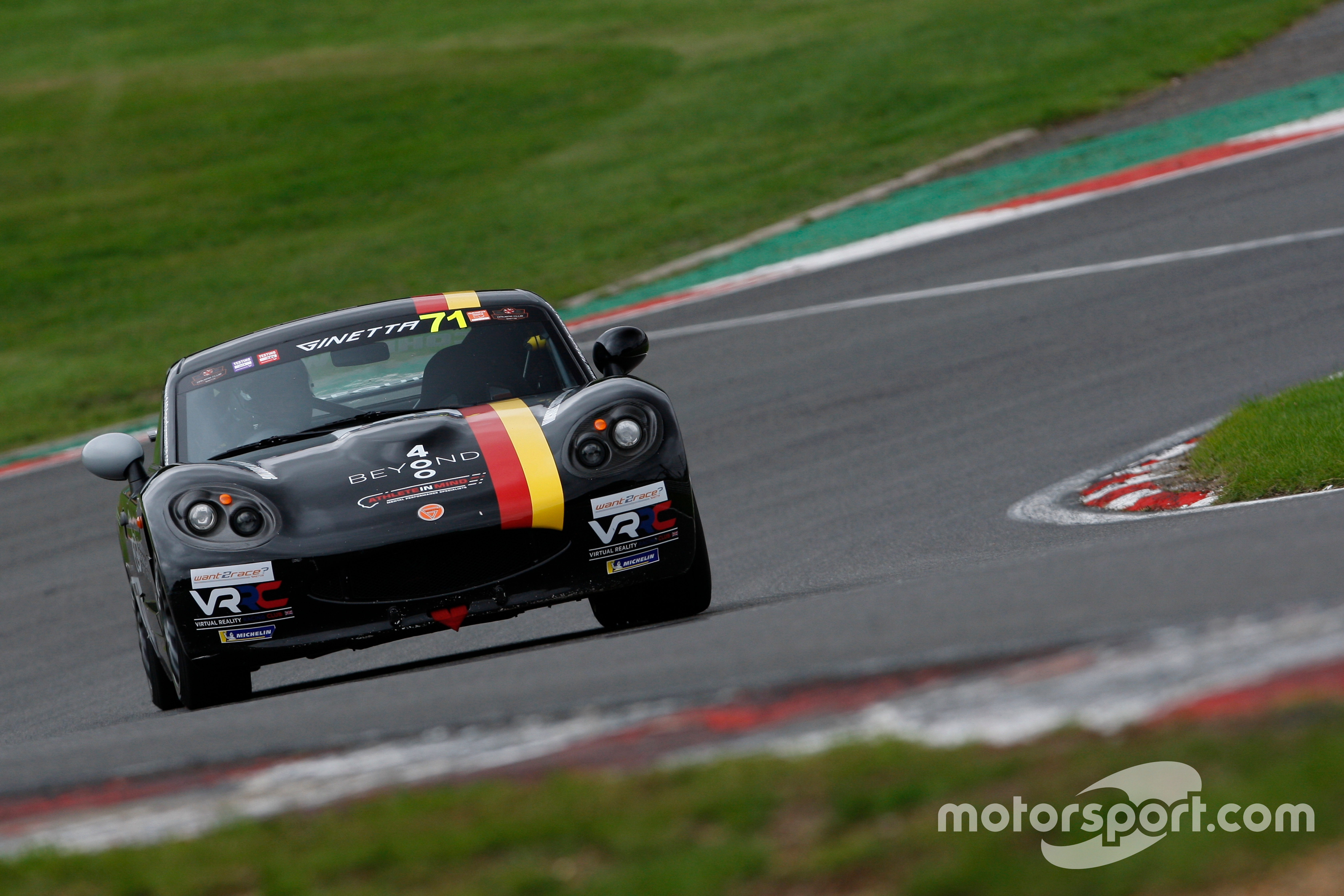 “Having been a police officer, and dealt with a number of suicides, it was really weird being on the other side of it. It’s nice to be able to give back, because the SoBS charity were incredibly helpful. I went to their monthly meetings and we talked about what had gone on. When I was in the position to go racing and have advertising space, my first thought was to get talking about this stuff.

"There’s a lot of work to be done getting men talking about it and being open about it, and I thought putting the logo on my car will trigger some conversations. That can only be a positive thing" Andrew Cohen-Wray

“I was honoured that SoBS offered me to be an ambassador for them and it gives me a great platform to talk about this. There’s still a massive amount of stigma around mental health, so to get people to open up is really hard. It’s hard talking about it, but you’ve got to get it out there.

“In the police, I dealt with a high number of dead bodies and didn’t talk about it. We never really dealt with those mental problems, which then bit me on the backside massively.

“Motorsport is a predominantly male environment and many people are away from home for four or five days for race weekends. Men’s mental health in the pitlane – there’s a lot of work to be done getting men talking about it and being open about it, and I thought putting the logo on my car will trigger some conversations. That can only be a positive thing.”

From the moment he decided to embark on his own racing journey, it was clear that Cohen-Wray wanted to help educate people based on his experiences. As for actually competing himself, that was the realisation of a long-held dream. 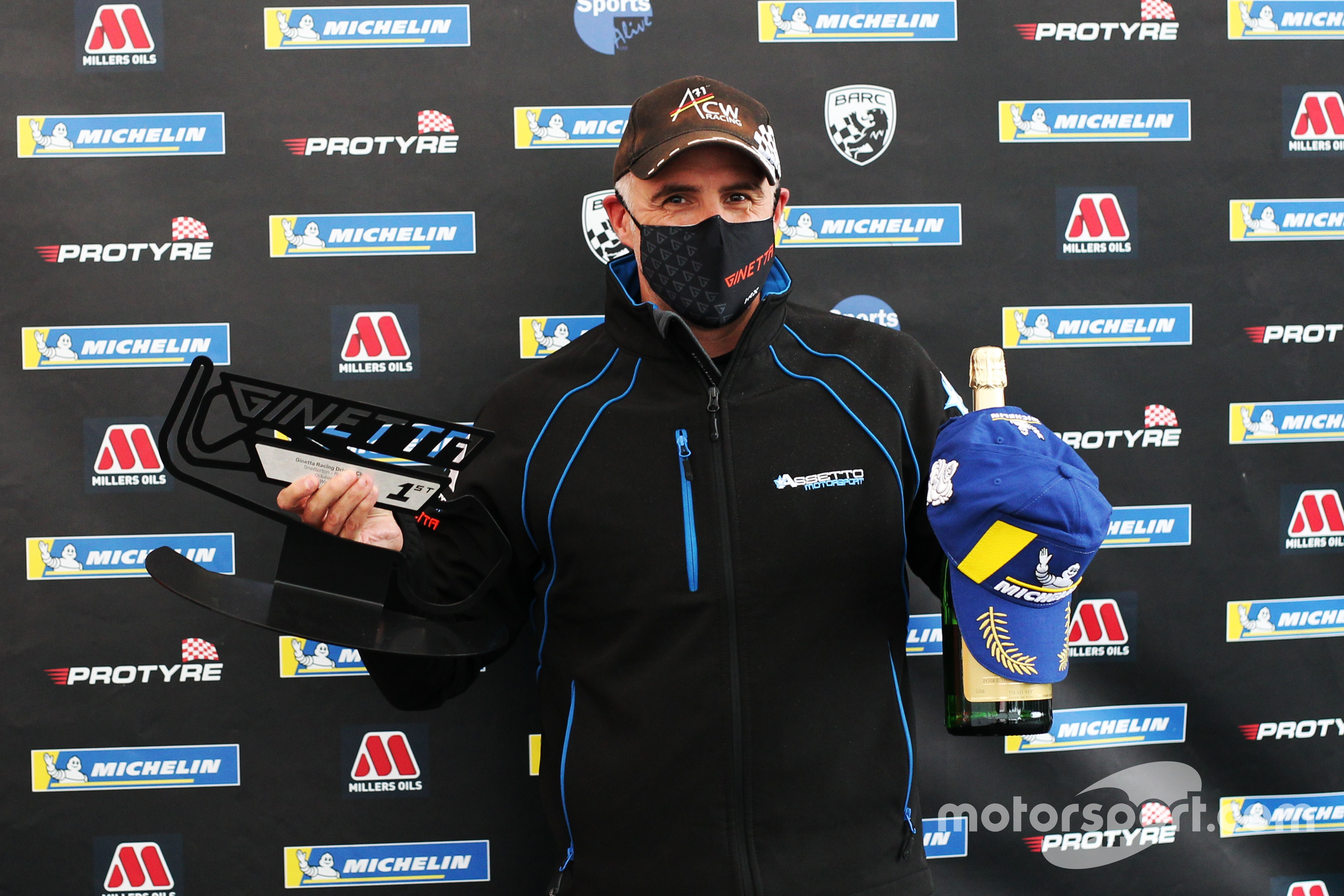 “My day-to-day job is a mental health scientist and performance coach, so I work on the psychology of athletes and racing drivers,” says Cohen-Wray. “I’ve been around pitlanes for a good few years. Business was going really well and I thought, ‘I fancy a go at this, and let’s put my money where my mouth is and see how I go.’

“Driving’s always been a passion – when I was in the police, I was predominantly involved as a driver. At the end of my job interview, I was asked why I wanted to join the police and I said, ‘I wanted to drive fast legally’. My uncle used to kart and he had a nasty accident at Snetterton. My livery is a tribute to him.”

Cohen-Wray picked up his Ginetta just before the pandemic struck, so it was “sat on my drive staring at me for a few months”. But, when he was finally able to make his debut at Oulton Park in August, he admits the season proved to be a steep learning curve.

“There’s a big difference between roadcraft and racecraft,” he says. “I found I drove the car very smoothly, as I would on the road, and I’m not as aggressive as I probably should be. It was a tricky season and, for the last round, I joined Assetto Motorsport and the progression went through the roof and I came away with three class wins. It’s been a steep learning curve, but it’s been enjoyable and I’ve managed to have some good racing.”

Since joining Assetto, the team has been able to tap into the work Cohen-Wray does with drivers and athletes on a day-to-day basis, and this has helped both sides to improve. “My job is making drivers go faster and working on their mindset, so me being able to share how I operate has been really beneficial to the team,” he says. 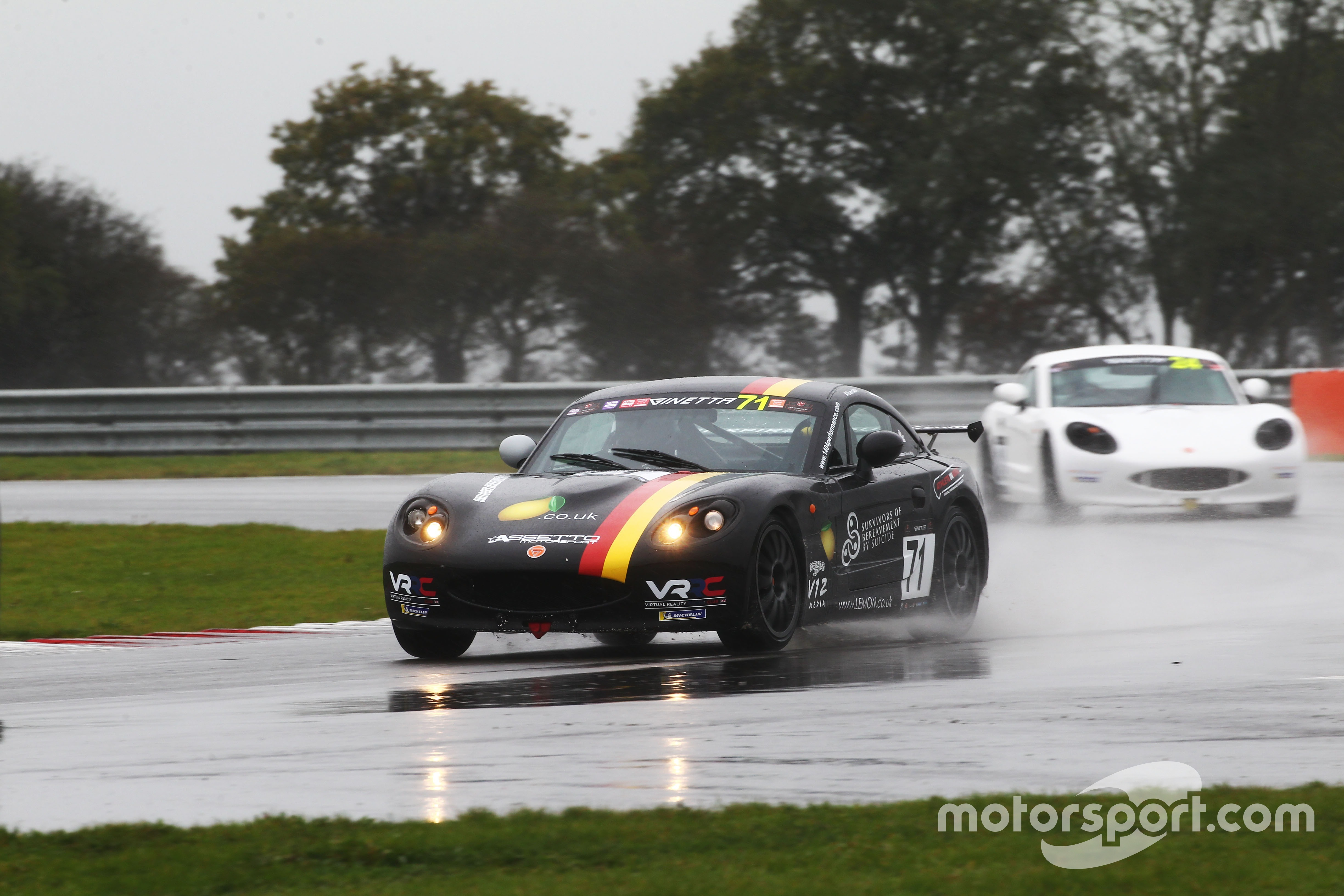 Cohen-Wray has worked with drivers throughout the motorsport spectrum, from karters to British Touring Car and Formula 2 racers, and says the work he does is very much tailored to the individual. “It could be working on confidence and self-belief, or developing endurance if they’re doing a 24-hour race and staying focused,” he explains. “Also, there’s performing under pressure – it’s very intense as you’re taking in so much data. It’s a massive sensory overload, so it’s helping them to understand that and working with them to make them go faster.

“We’re [psychology] thought of as the 1% [of performance], but we should be the 99%, because your head and brain is like your engine and it powers everything you do so, if you can get that bit running right, the rest of it is really easy. Everything else should be the 1% stuff.

"You can go through that kind of trauma and crap and see some horrific things, and you can go on and do some fantastic stuff. It shows you can be resilient and come out with a positive story" Andrew Cohen-Wray

"The driving should be the easy bit – you do all the testing to get that right, but very few drivers work on their psychology. It’s breaking down that stigma – people think they’re coming to you with a problem. It’s not about coming with a problem, it’s about getting it right from the start.”

After his rookie season, Cohen-Wray is certainly hoping to be quick from the start of the 2021 campaign. He’s stepping up to the G40 Cup with Assetto, and believes that work carried out during testing at the end of last year was crucial to unlocking more speed. This has given him confidence for the season ahead.

“I’ve had a season in the GRDC and the next step is the G40 Cup, which is exciting,” he says. “It’s got two rounds on the touring car package, which is good to be in that paddock. I would be hoping for a top-five finish in the championship and as many podiums as possible. I’ve got that belief now that I’ve got the pace.” 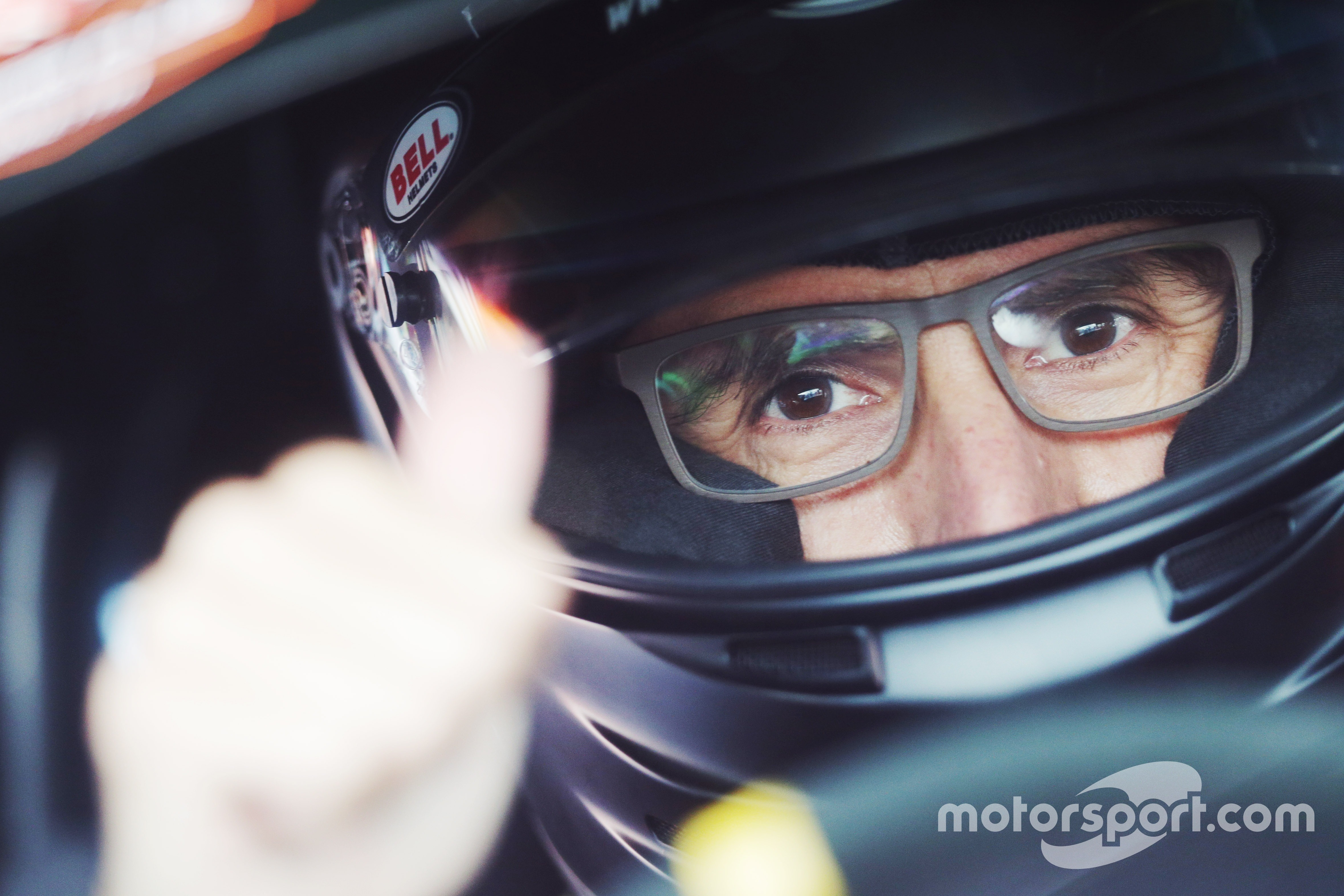 But even getting on the starting grid is remarkable considering all of the challenges that Cohen-Wray has had to overcome. It would have been easy for him to have given up, but instead he is spreading important messages both in his day job and on the track, as well as providing inspiration for others.

“It shows people that you can go through that kind of trauma and crap and see some horrific things, and you can go on and do some fantastic stuff,” says Cohen-Wray. “It shows you can be resilient and come out with a positive story – it gives people a little bit of hope. Even if someone is depressed, or going through a terrible stage in their life, they will be able to relate to it in some form.

“I’m just a human being, I’m not anything special. I’ve just been in the wrong place at the wrong time, but it’s how you come out at the end of it that inspires people to make changes to their life. When I lost my memory, I could’ve sat at home and lived on benefits. But I was always pushing myself out there and pushing the limits and I’ve done some really cool stuff.”

Achieving strong results upon his graduation to the G40 Cup, while continuing to spread his important message, would certainly be another addition to that list. 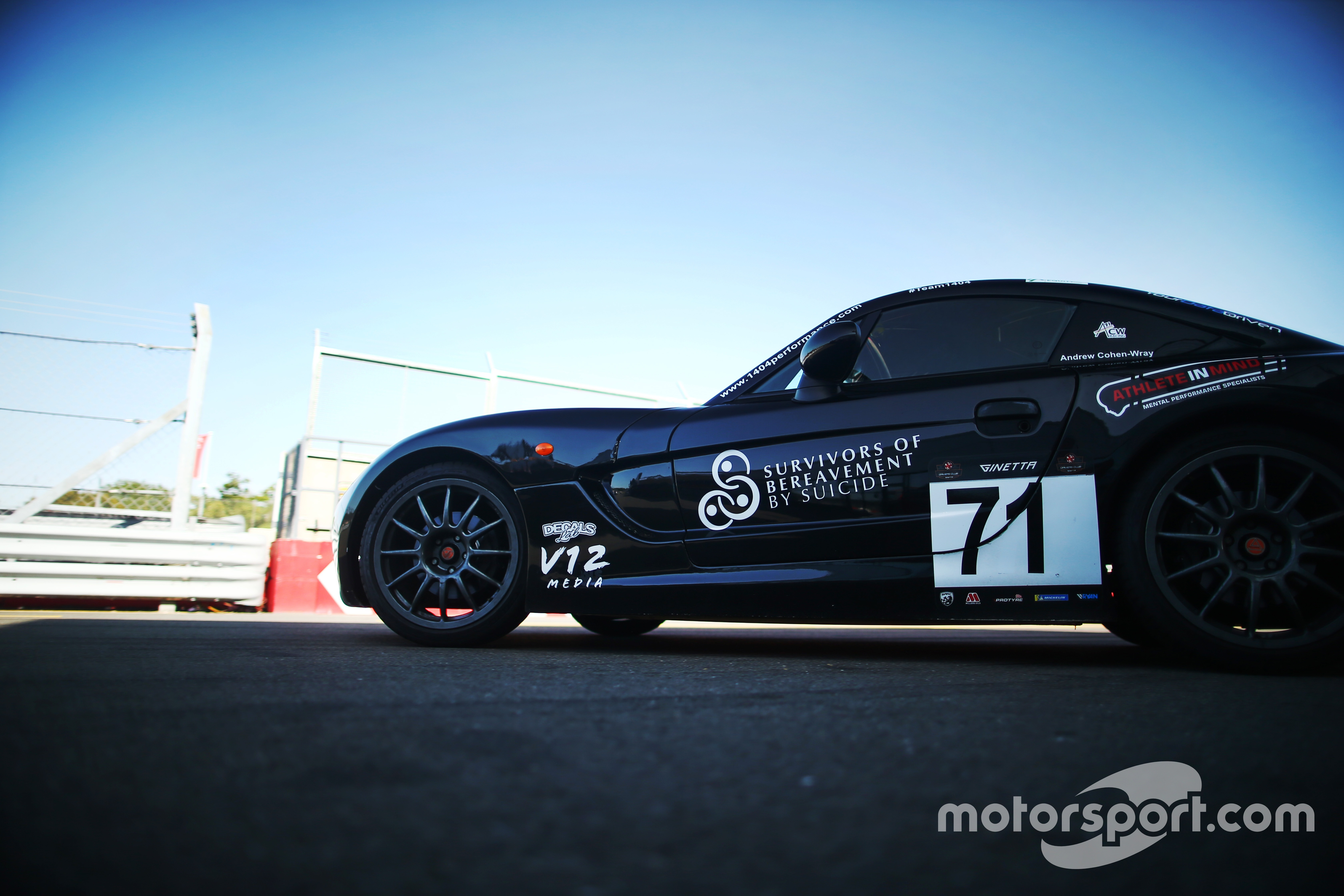