The 27-year-old - whose three number one singles include work with Rudimental and Calvin Harris - will drive a Subaru Impreza owned by Ross Leach.

Leach runs the Forest Experience gravel testing venue in Wales where Newman has been preparing for his rally debut in recent months.

After the event, North Yorkshireman Newman is expected to compete in the BTRDA Rally Series, the second rung of the national rally championship tier below the British Championship.

"I think this year, if not next year, he will do some BTRDA events," said Leach.

"It all depends what he's doing with his music. He has a couple of mates interested in having cars built as well.

"I'm building another Subaru for him, he's using mine until his is done.

"He's done a fair amount, but he hasn't driven this car much yet, I think he may have done one lap in it.

"He went in the Subaru for five minutes and loved it." 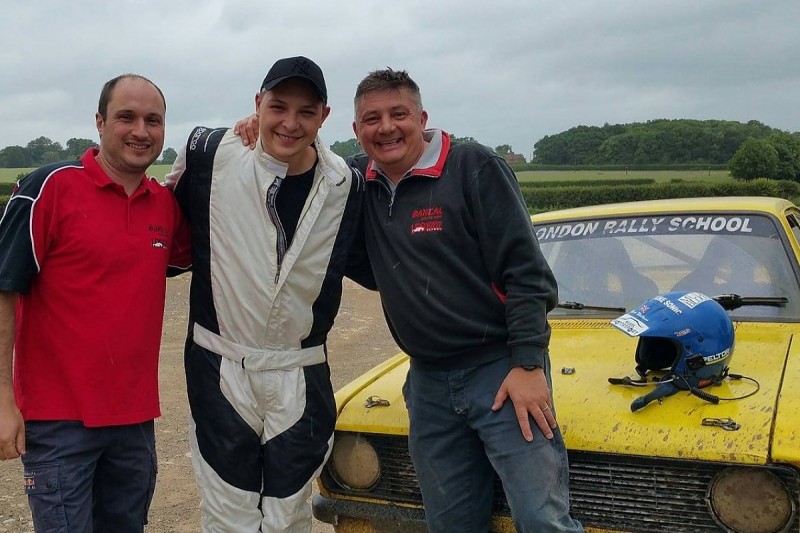 "It will be good for the British rallying scene if he does do some more events," said Williams. "I just have to make it as easy as I can and make sure that he enjoys it."

The Mid Wales Stages returns for 2018 having cited financial reasons for not running in 2017.

It features 45-miles of stages in the Hafren forest and Sweet Lamb in Mid Wales, both of which are used on Britain's round of the World Championship, Wales Rally GB.

The event is still not a part of the BRC, but is a round of the Welsh Rally Championship.