The changes affect the second of the three races held at each round.

Previously the top eight race one finishers were reversed on the race two grid, but all cars that finish race one - and set a fastest lap within 103%of the overall fastest lap - will now be reversed.

Points will then be awarded based on the number of places gained between start and finishing positions, as well as for the race result itself.

Race one retirements will start race two at the back of the grid behind the reversed group.

"MSV has a history of being innovative to maximise the appeal of motorsport, and with the full reverse grid system, coupled with a carefully derived points system, the BRDC British F3 championship will produce some captivating racing for drivers, teams and fans to enjoy whilst adding to the learning value for drivers by giving them far more opportunities to overtake and reward them when they do," said Palmer.

The grid for race three will remain based on the fastest lap achieved in either the first or second race of the weekend. 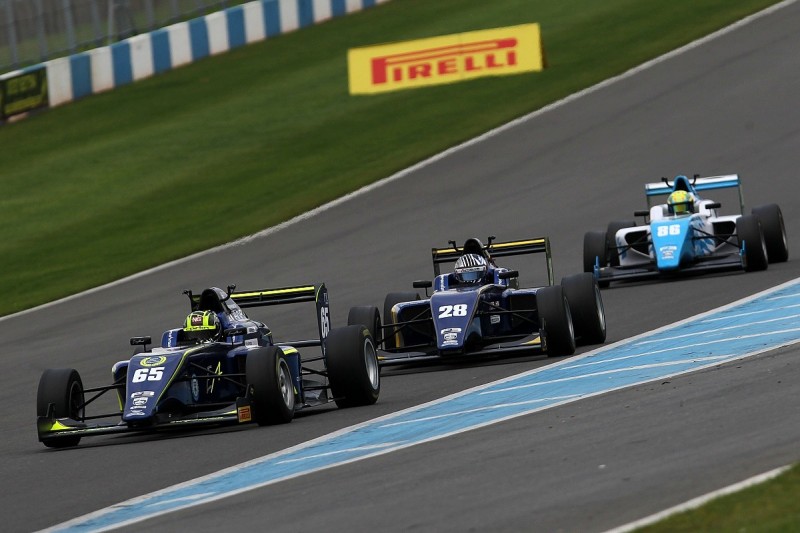 BRDC F3 started last season with an 18-car grid, but the field was down to 14 by the final round.

Reigning champion Enaam Ahmed has secured a European F3 seat with Hitech, where his team-mates will include fellow British F3 graduate Ben Hingeley.

Only nine drivers have officially confirmed they will compete in the 2018 BRDC F3 season so far.

Jamie Chadwick - British GT4 champion in 2014 - with Douglas Motorsport and Nicolai Kjaergaard with Carlin are the main '17 F3 runners to stay on.

Swede Linus Lundqvist has made the step up from British Formula 4 with Double R Racing and is one of the favourites for the title.

Double amputee Billy Monger could also make his racing return in the series having tested an F3 car with Carlin in the last few weeks.