Back after nearly 60 years: Malcolm Douglas

There aren't many drivers who have a gap of almost 60 years between races on British soil, but that's the case for Ginetta competitor Malcolm Douglas.

He successfully raced a G4 in the UK in the 1960s before emigrating to Canada and later competing in a Brabham BT8.

A long period on the sidelines then followed for Douglas before “five or six years ago, I then decided I would like to have another go”.

Having subsequently moved to Australia, he has raced a Porsche and BMW E30 over there and then bought back his old G4.

A replica was also built and it was this Douglas raced at Snetterton last weekend. But his Equipe Libre outing came to a smoky end, meaning it is unlikely he shall now also race at the Silverstone Classic. 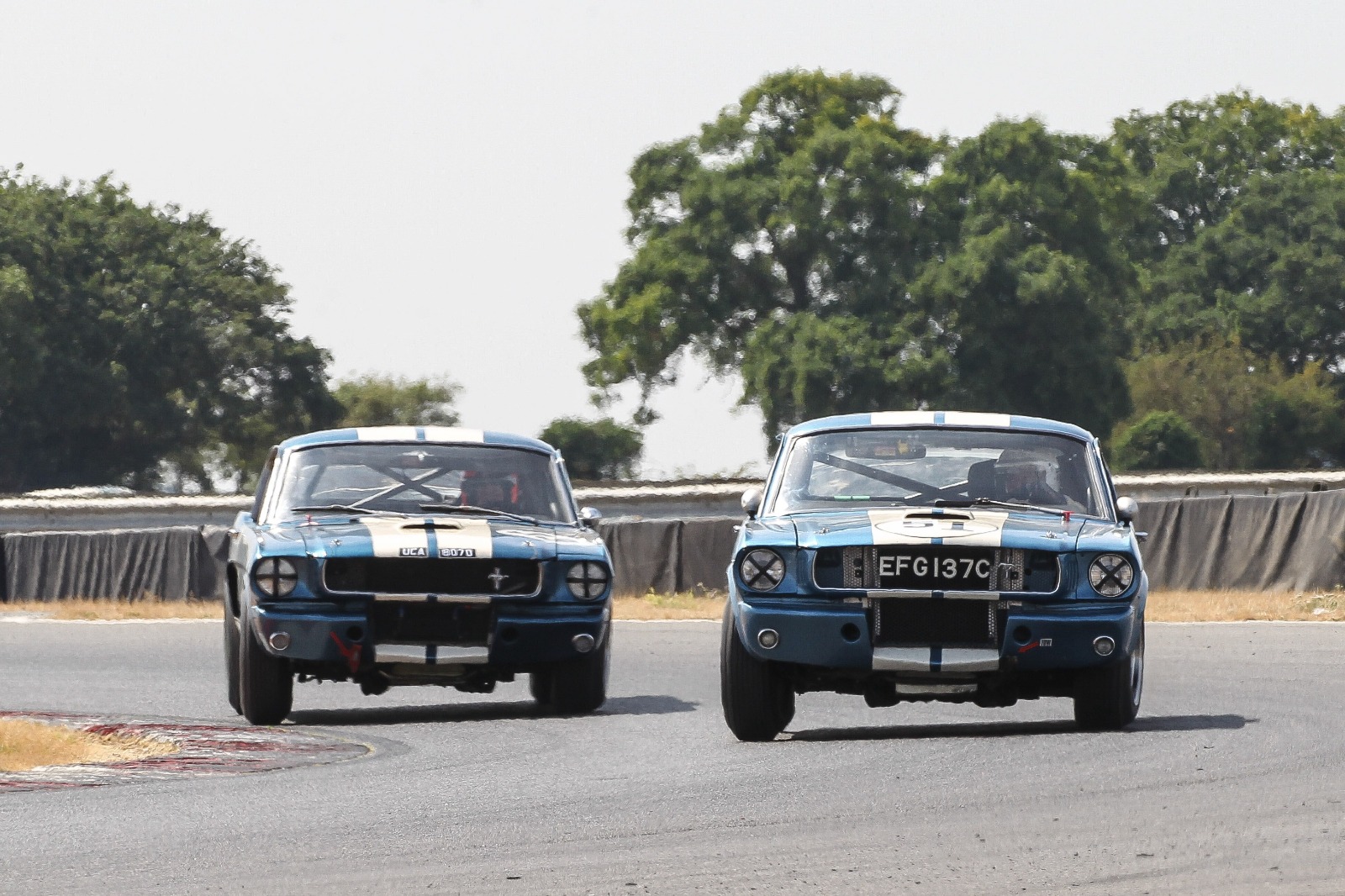 A sensational scrap between two Ford Mustangs that was settled by just six thousandths of a second was one of the highlights of Equipe Classic Racing’s Snetterton visit last weekend.

Larry Tucker had been ahead of the very similar Shelby GT350R of Paul Kennelly throughout the Equipe Libre contest but was coming under ever-increasing pressure in the closing stages of the 40-minute race.

It made for a stunning spectacle and Kennelly’s perseverance paid off as he just pipped his rival on the run from Murrays to the flag to secure fourth place.

“I didn’t care whether I won or Paul won – it was such a great race!” said Tucker, who admitted the Mustangs were starting to struggle with their tyres in the hot conditions.

Kennelly, who initially was not sure if he had snuck ahead, added: “I was trying to force Larry into making a mistake.” 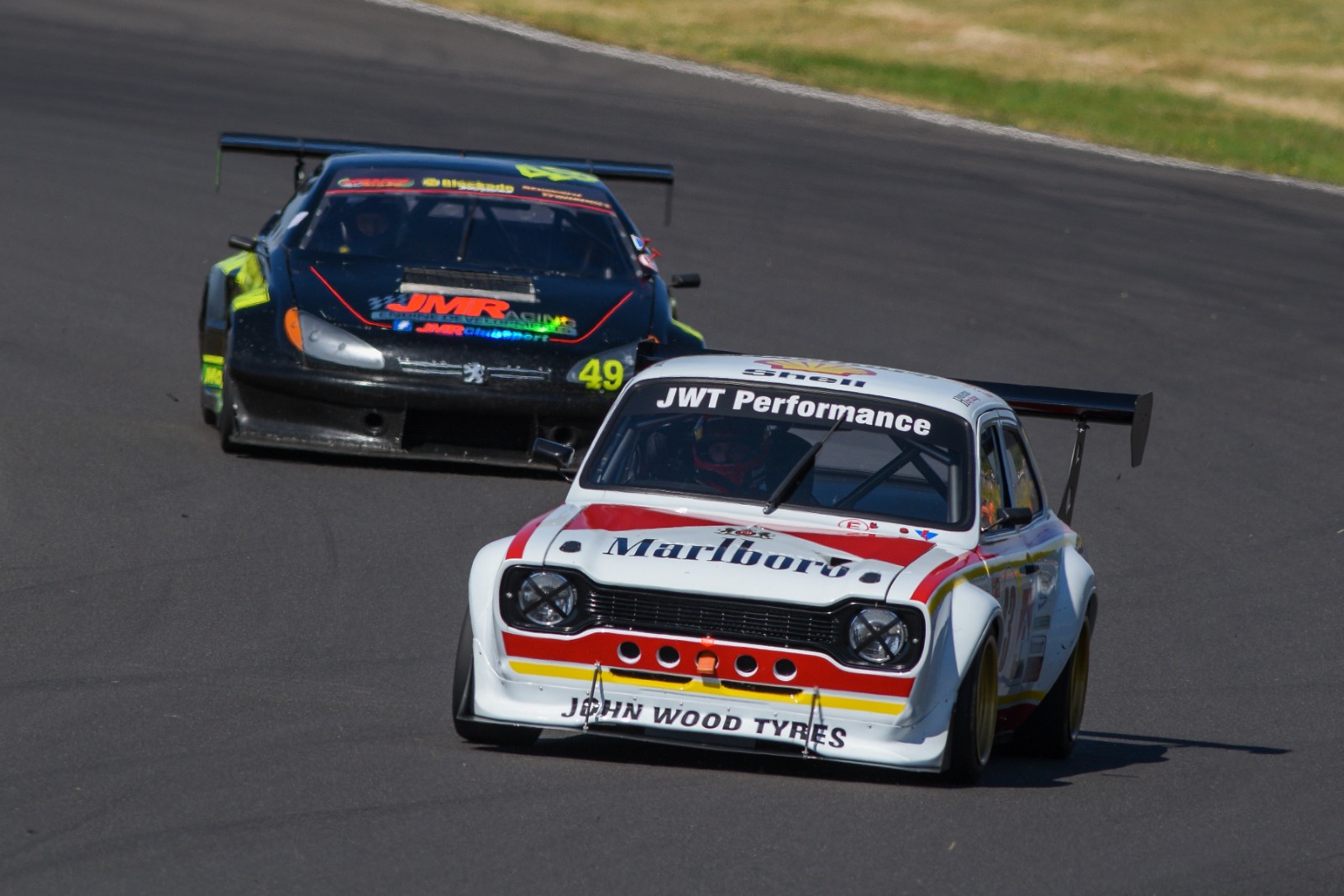 Former British Touring Car driver Lea Wood made a return to racing last weekend in the Castle Combe Racing Club’s GT Championship at the wheel of a Ford Escort RSR.

REPORT: The best of the action from Castle Combe

Wood, who also finished second in the Pickup Truck Racing Championship in 2016, was using the event to test the car, which he built during the COVID-19 pandemic, before entering it in more races next year.

“We just fancied something different with the Escort, so we are going to do a bit of endurance racing with it,” he said. “We haven’t tested it yet, but we thought we’d give it a go.”

Despite electrical gremlins ending his day early while running sixth in race one, Wood was pleased with the performance of the car. 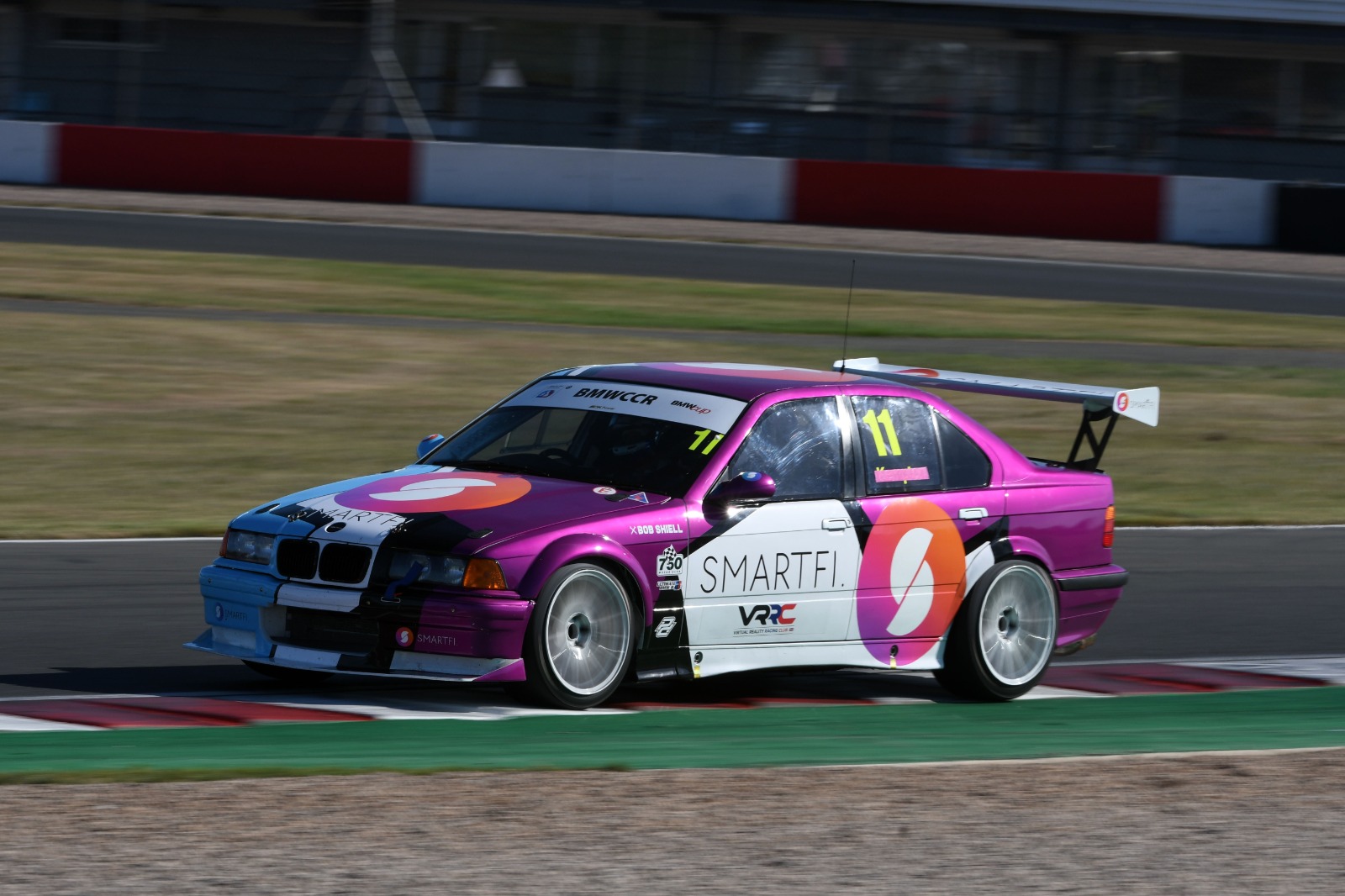 “Jack was down to the record in eight laps, so I’m leaving him to it,” said the astounded Kempton.

Smith chased the vastly-experienced Kevin Clarke to the 45-minute Ultimate BMW race’s mandatory stops, but emerged ahead of the more powerful M3 CSL.

Having reduced his best lap to 1m12.96s (97.69mph), Smith finished second to Clarke, but was excluded for overtaking under yellow flags. He said the ‘feel’ of sim and car were similar. 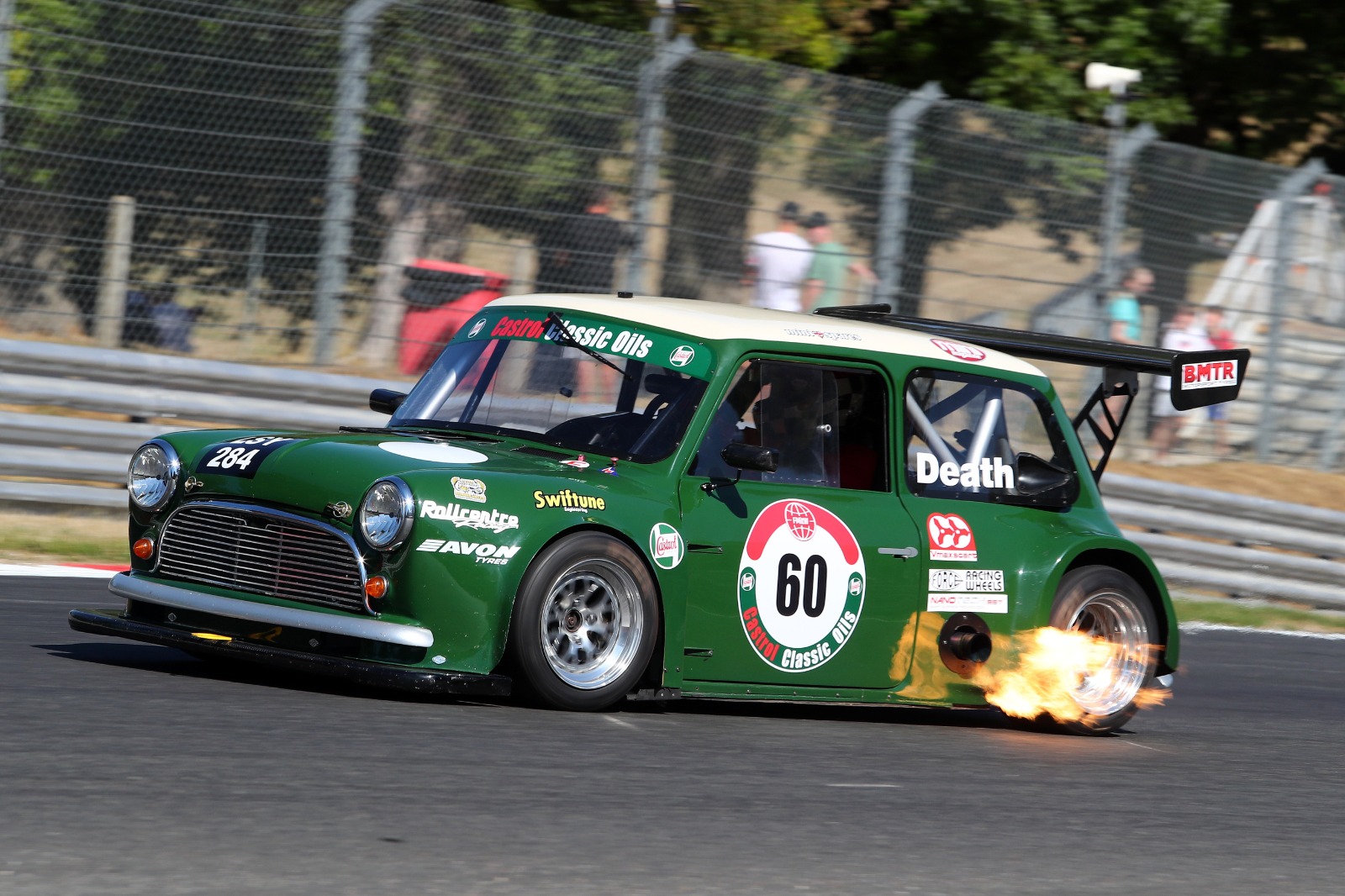 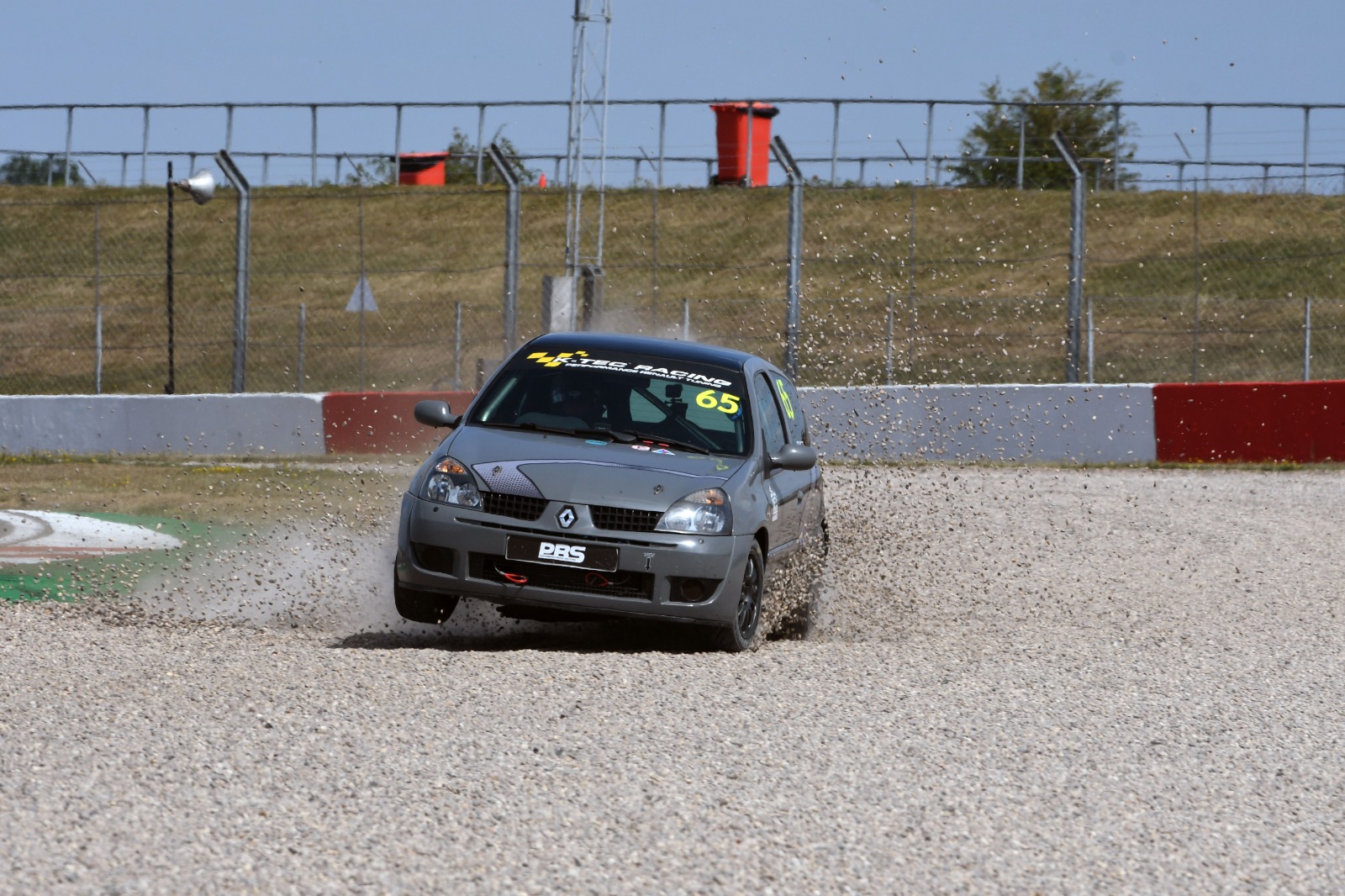 It all goes wrong for Andy Bennett's Clio at Donington Park