The Motor Sports Association has responded to a rise in social media abuse by warning that repeat offenders may face disciplinary action, and could even be banned

The MSA has reported a rise in the number of online harassment and abuse cases across all age groups, and this year has already taken action against a handful of individuals following repeated posts.

Social media usage guidelines for its clubs, officials and representatives were issued in 2012, and the MSA is now considering bringing in a new code of conduct to cover all participants in the sport.

It already runs the Race 'n' Respect campaign in karting and offences in that domain drivers can be punished for the actions of a parent or sponsor in severe cases.

While there are currently no specific regulations to govern social media, instances of harassment, bullying or threatening behaviour are counted under Section C of the MSA's Blue Book, which lays out its judicial powers.

"The rise in social media, and the darker side of it, is the way of the world and it's not just happening in motorsport, but we have seen an increase in incidents," MSA general secretary Simon Blunt told Autosport.

"It is particularly disturbing when it involves minors, but we have also seen a rise in adult v adult cases.

"Often it's simply people who post in the heat of the moment and don't consider their words or the impact of them, but sometimes it goes deeper.

"If you look at the aftermath of the British Touring Car Championship event at Snetterton recently as an example, there were keyboard warriors writing some frankly crazy things for a week afterwards.

"Much of things like that we can discount, but if we have active licence holders posting inappropriately it becomes a case of improper conduct and there are various tools at the MSA's disposal to deal with them." 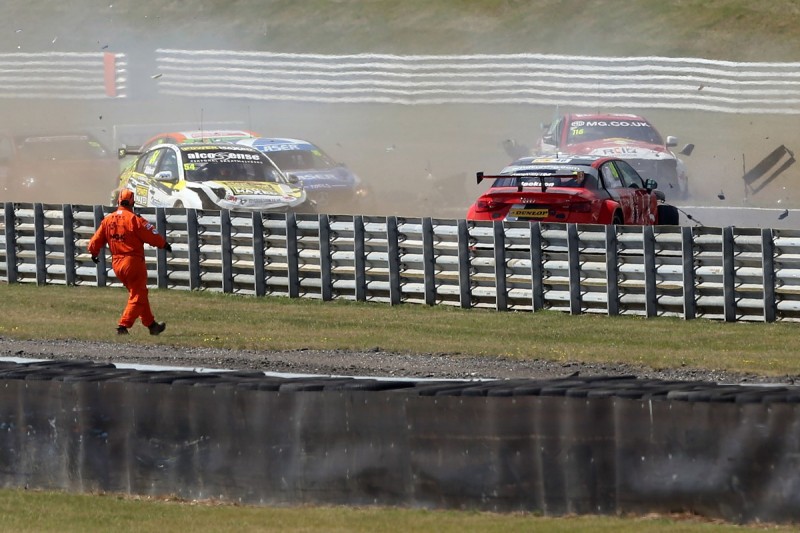 Elements within the MSA's judicial section for abusive language, behaviour or threats "count for social media too," Blunt added.

"Anything that gets posted on Facebook, Twitter or forums goes into the public domain and that means offensive posts could bring the sport into disrepute.

"Posts like that can also spread alarmingly quickly, and across multiple accounts and sites.

"The power is there for us to take action if needed, and more severe cases can be referred to the National Court, which could result in a fine, a reprimand, a sanction or the suspension of a licence for a set time period, or - for the most severe - exclusion from the sport."

Blunt said that the MSA was monitoring the way other sports deal with social media.

"We're not trying to police the internet, but if licence holders are posting abuse it's not much different from the governance the Football Association has over footballers who do the same thing," he said.

"The FA comes down hard on such things because the players have professional contracts.

"We don't have quite the same relationship the FA does with professional players in England, but if a licence holder is involved they have an agreement with the MSA for that licence and we could take action.

"We want to remind everyone, from the professional to the grassroots levels, to think before they post and to behave in the correct manner.

"Social media abuse is not part of this sport and we must stamp it out."