Palmer won the BRDC Formula 4 title last year before the championship's change of machinery to the Tatuus-Cosworth FA-016 and retitling as British F3, winning a record 12 of the 24 races with HHC.

The 19-year-old will rejoin HHC and race its third chassis alongside regulars Ben Hingeley and Sisa Ngebulana, gaining experience of the Belgian venue before its Formula Renault Eurocup and Northern European Cup rounds later this year.

Palmer is currently eighth in the Eurocup points and fifth in the NEC standings with the R-ace GP team.

"I've got two big races at Spa coming up in the Formula Renault, so using the gap in the calendar to compete in British F3 is the perfect chance to warm-up," Palmer told Autosport.

"Spa is a very technical track, and one of the longest on the calendar, so any experience I can gain will be very useful."

Palmer is the latest in a line of guest drivers to step in for HHC, following Formula 3 European Championship driver Raoul Hyman and Formula Renault Eurocup title challenger Harrison Scott in recent rounds.

"I've tested the Tatuus British F3 car back-to-back with my Formula Renault at Silverstone and the two are very relatable," he said.

"The F3 car has more power and is faster in a straight line.

"It also has marginally more downforce so settles down a bit more in the faster turns.

"The biggest difference is the braking. You have to be quite aggressive on them in the Renault with a lot of pressure, whereas the pedal is a lot softer in the Tatuus-Cosworth.

"I'd like to do some more British F3 races, but I can't see it happening as the remaining rounds clash with my Renault commitments." 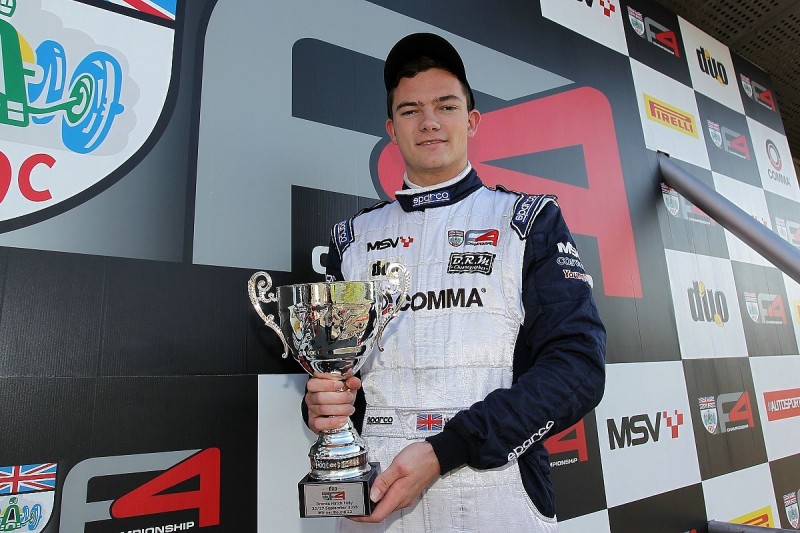