James Little was the most notable mover in the Autosport National Driver Rankings after taking a C1 Challenge victory last weekend to make a small jump to fifth place.

All of his previous 12 wins this year have come behind the wheel of Ferrari machinery but Little swapped to something much more diminutive at Oulton Park.

Sharing with his son Jake, the duo won the three-hour C1 contest in Cheshire meaning Little Sr gained three places on the leaderboard.

Another driver who secured a family triumph in an endurance race at the weekend was Scott Parkin.

He jumped from 11th to sixth on the winners' table after taking a Birkett Relay class victory at Silverstone alongside twin brother Ryan.

The duo had been in contention for overall handicap honours before Scott's VW Golf stopped with a sensor issue but they still came away with a class win.

Inaugural CityCar Cup champion Nic Grindrod was another driver to climb into the top 10.

The C1 pilot missed out on the win in the opener at Cadwell Park but took his 12th success of the season in race two, promoting him from 17th to ninth in the rankings. 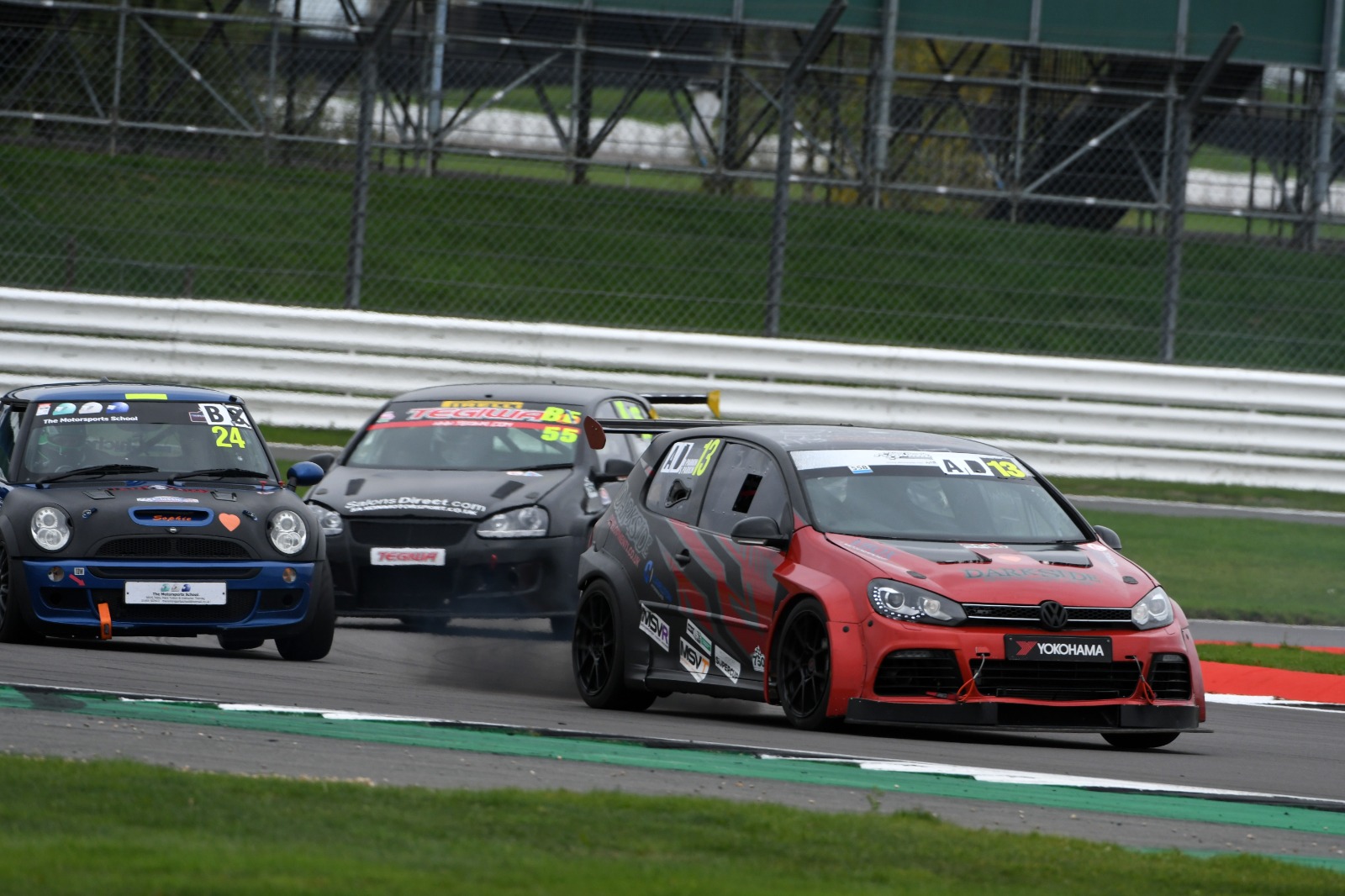 Also moving to 12 wins for the year was Junior Saloon Car ace Charlie Hand, who picked up his latest victory at Donington Park to leap up nine places into 10th.

Completing the trio of drivers taking their win tally to 12 was Caterham 310R dominator Lewis Thompson - his Cadwell double gaining him 18 places as he moved to 12th.

But one driver who remained on 12 wins was Civic Cup champion Alistair Camp.

The series finale featured four races on a single day at Snetterton but a misfire hampered Camp and his Norfolk stay ended without a win, but he did enough to secure the crown.

Further back, another driver who did improve their position was Mini Se7en S class ace Michael Winkworth, who added one more win to his total at Donington to move from 34th to 26th spot.

However, there were no changes at all in positions 35-50 on the leaderboard, despite it being the last busy weekend of national racing this year with eight events taking place.