From a title decided by a last-corner-of-the-season collision, to one settled in the National Court, here are some of the closest rivalries from the national motorsport season

There are dozens of championship battles every year in the world of club motorsport, yet some will be remembered much more than others.

Whether it's because the racing was particularly close - and fraught at times - or whether the outcome was decided by dropped scores, or even a court hearing, here are some of the greatest national rivalries from the past season. 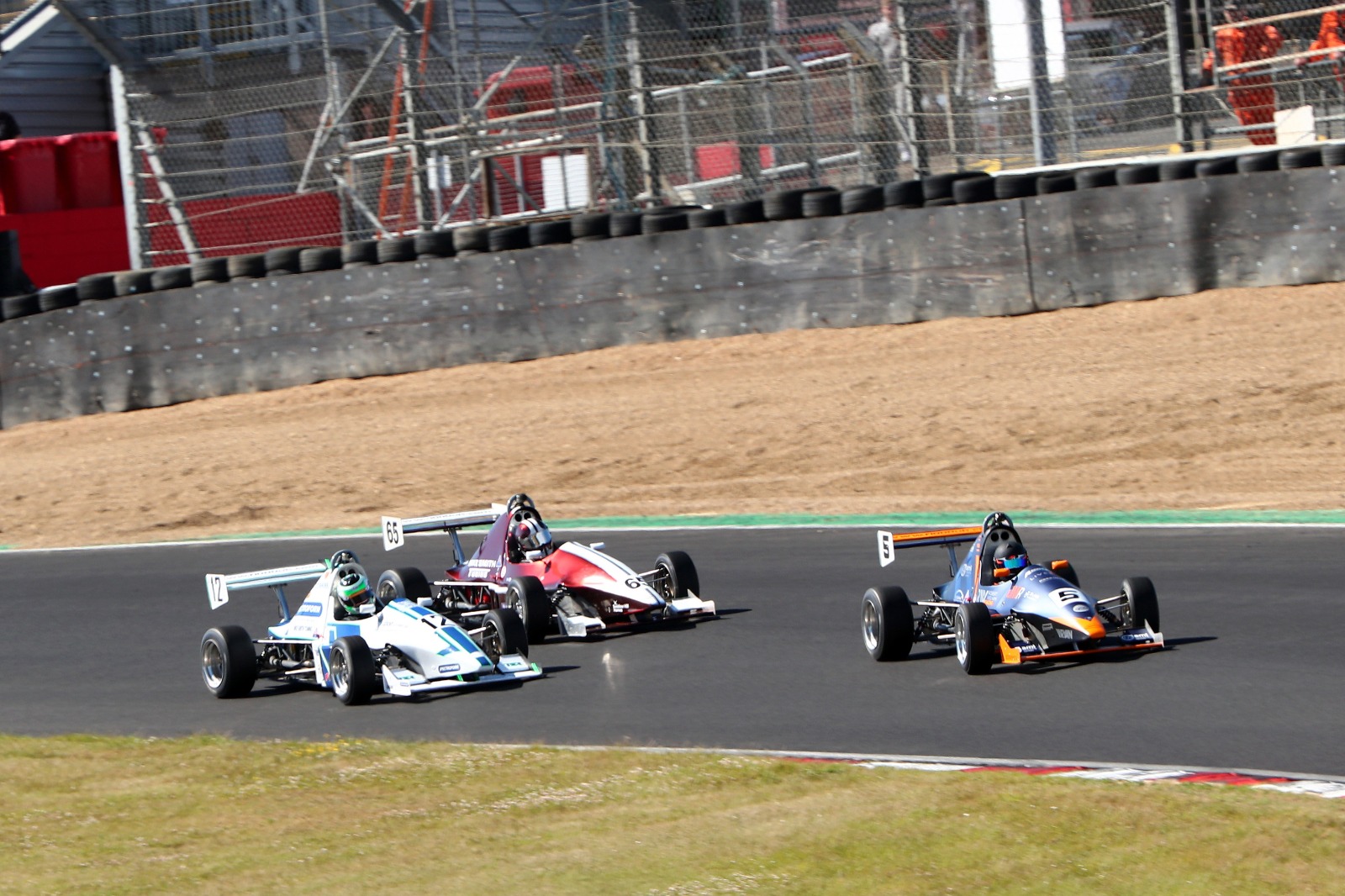 Consistency was key to Rob Welham’s title-winning campaign after another wide-open F1000 season (seven drivers had a mathematical chance at Snetterton’s finale). The 18 races were won by six different drivers, with Welham taking two victories compared to three for runner-up Matt Booth, five for Tom Gadd and six for outgoing champ Lee Morgan. Gadd’s electrifying pace in Silverstone’s opener was a concern, but he and Morgan suffered mechanical frustrations that cost them dear. 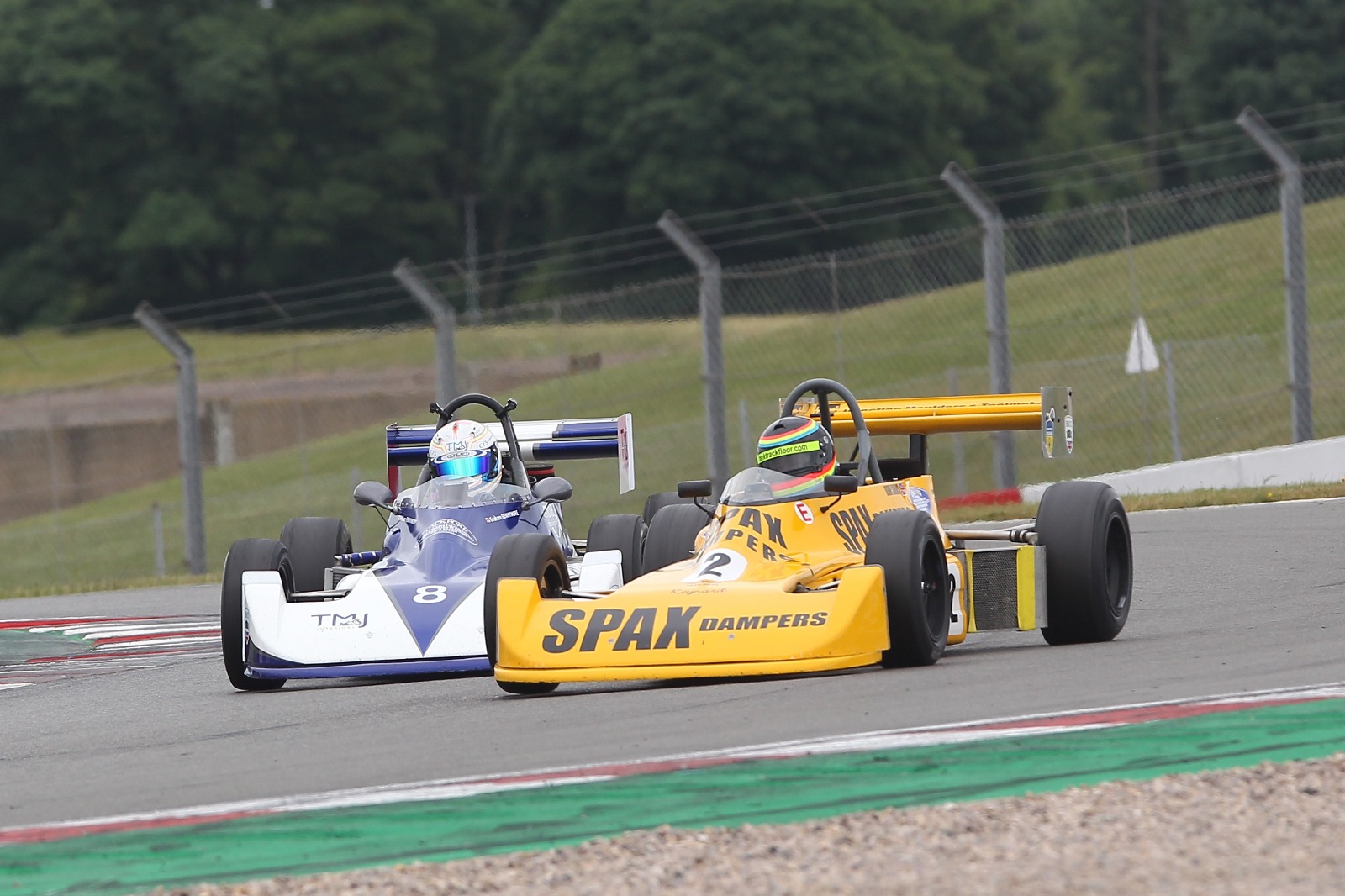 Historic Formula Ford 2000’s 2021 rivalry continued, but 2014 champ Benn Simms regained the crown with his Reynard SF77. “Battle was the word,” said Simms – who, unlike Graham Fennymore, did not test. “It’s taken five or six years to get the car right, and we hit the ground running.” Five straight wins, then second from the pitlane at a soggy Silverstone showed Simms’s grit, but Fennymore was stronger mid-season. “I didn’t quite have the wet pace,” said Simms, whose nine-six victory tally proved decisive. 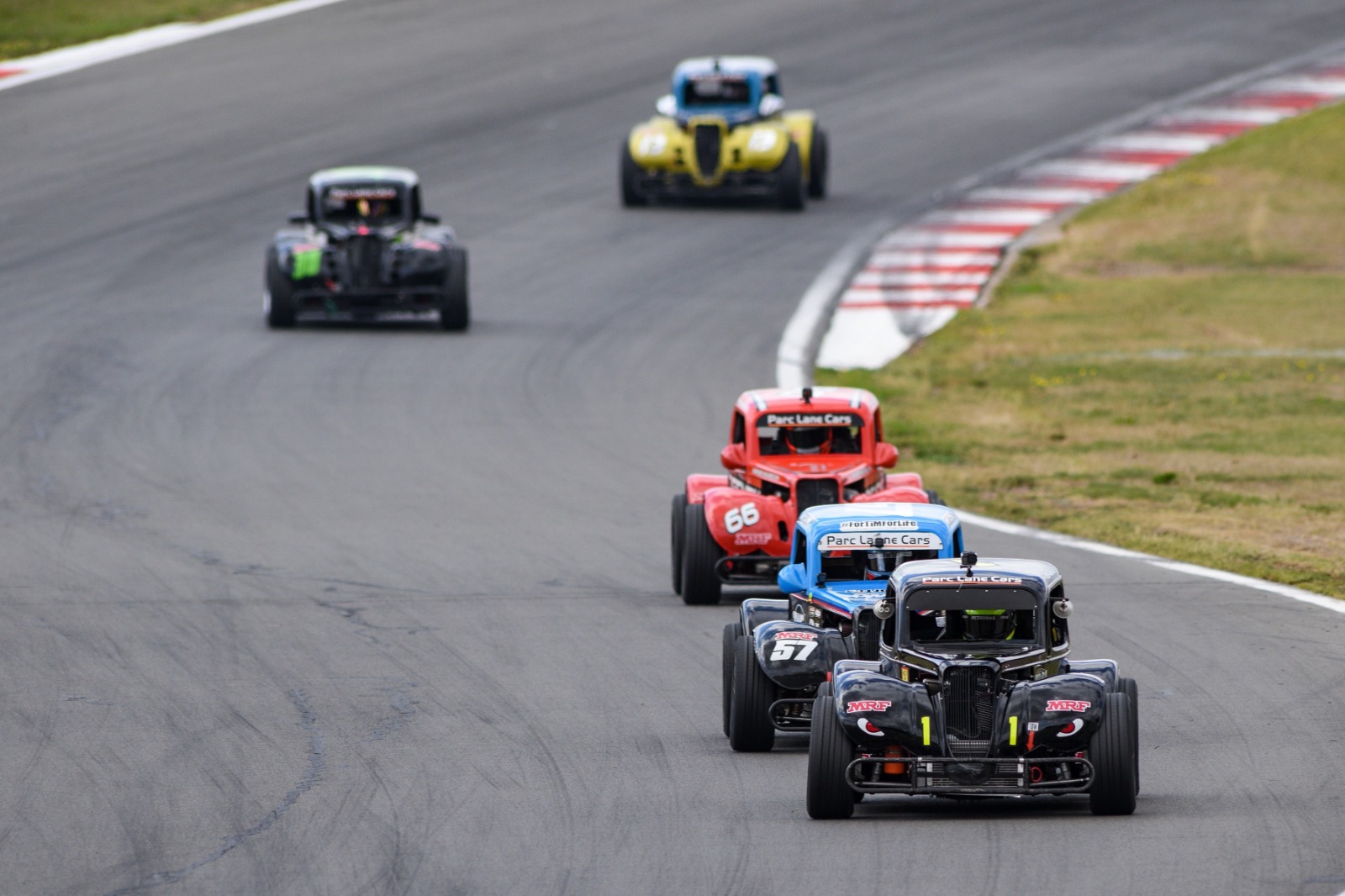 Despite drawn-grid heats and reversed-grid finals, two drivers dominated in Legends, winning 31 of 45 races. Fine form at Brands Hatch, including 10 wins, helped Will Gibson overcome a disastrous opener to challenge reigning champion Miles Rudman. Mechanical gremlins and a safety-car infringement at the Kent venue’s season finale further dented Rudman’s advantage. But Rudman held his nerve to follow his rival home in the final race and clinch a third title by the equivalent of a top-10 finish. 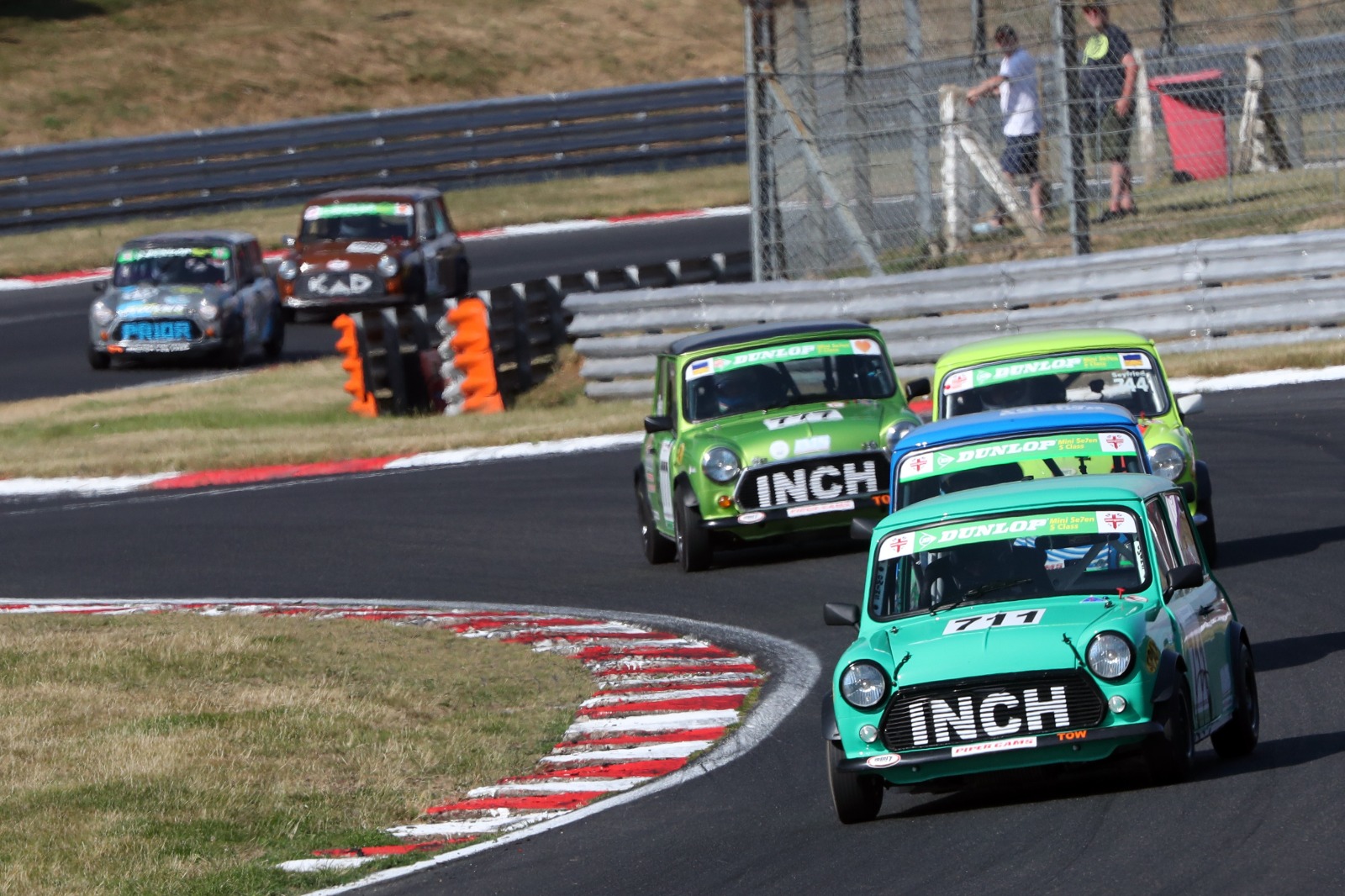 Those at the Brands Hatch Mini Festival were treated to some memorable action, not least in the first-ever standalone Mini Se7en S Class double-header. Fierce battling took place as four drivers – Matt Ayres, Michael Winkworth, Damien Harrington and Frazer Hack – indulged in some of the most exciting racing of the year. Ayres and Harrington shared the spoils that day and the quartet were at the heart of a gripping title battle, too. It was Harrington who emerged triumphant by just two points. 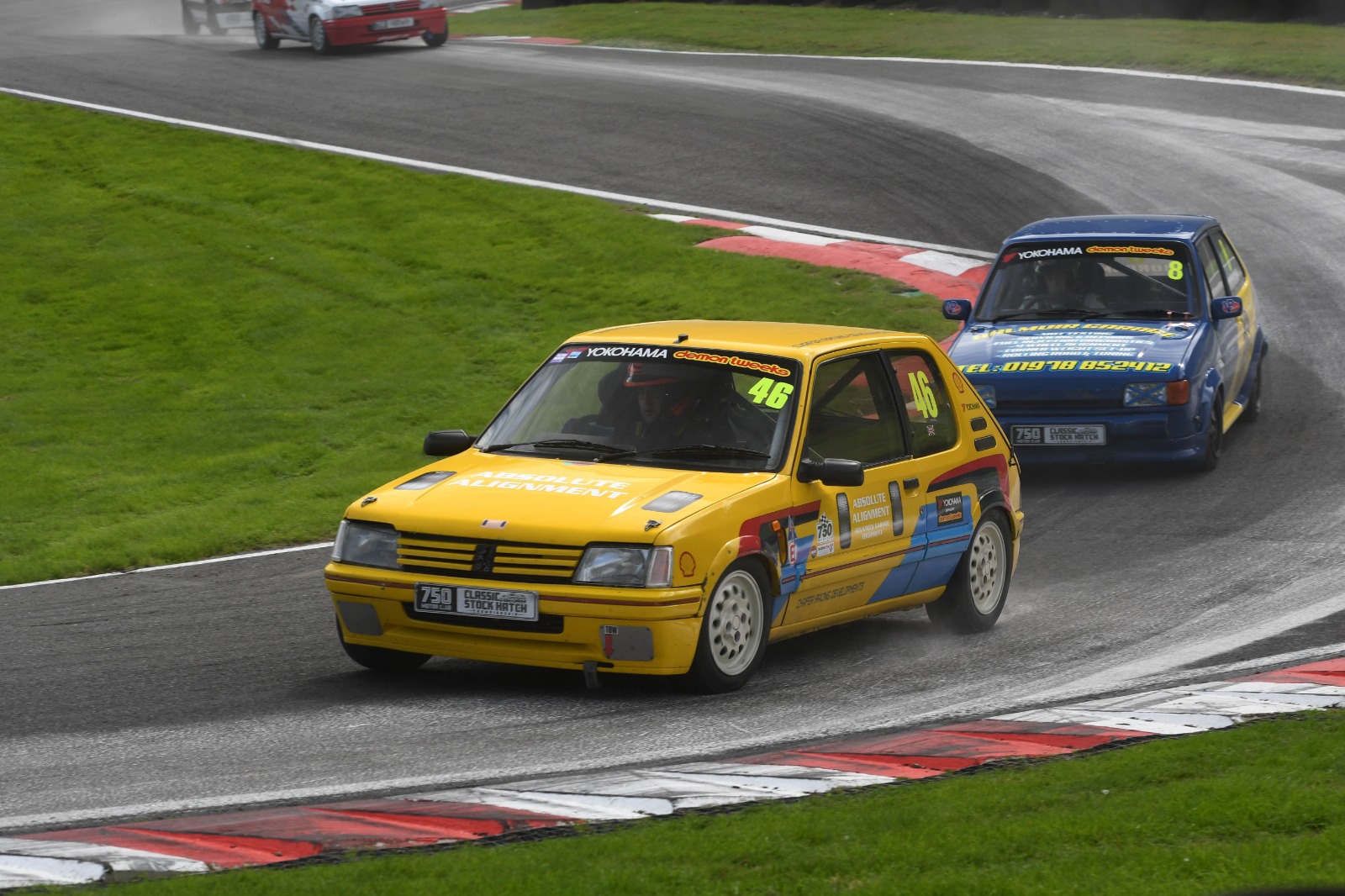 In 2021, it was Ryan Morgan who defeated Chris Dear in Classic Stock Hatch, but in 2022 it fell to Ryan’s father Pete to try to retain family honour. The experienced Morgan held the initial advantage, taking his Ford Fiesta XR2 to three of the first six wins at Croft and Pembrey, whereas Dear didn’t taste victory until the penultimate event, but did secure several second places in his Peugeot 205. An audacious final-corner move to win the first race at the Mallory Park finale was emblematic of Dear’s eventual narrow success. 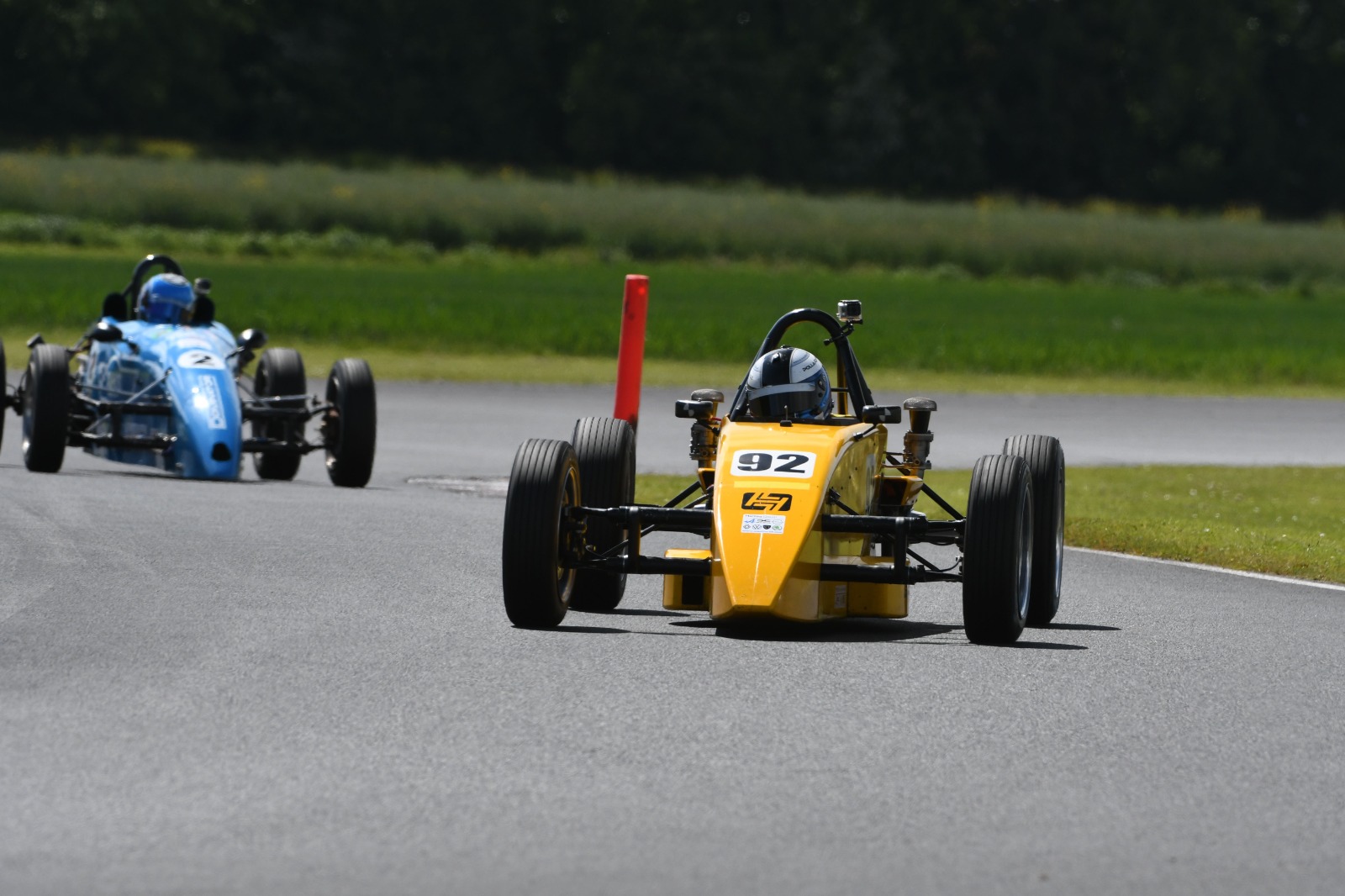 Vee rivalry boiled over and Pollard was left a dominant champion

The anticipated Formula Vee title tussle between champions James Harridge, Craig Pollard and Daniel Hands instead turned sour amid a slew of accusations and ill feeling. Things boiled over at Brands Hatch, where Pollard and Hands were excluded for exhaust infringements. Harridge was then excluded from the second race because – get this – his Maverick didn’t run the regulation decals. Disgusted, he quit, leaving Pollard’s WEV to dominate. Later, all three admitted they missed their on-track rivalry. 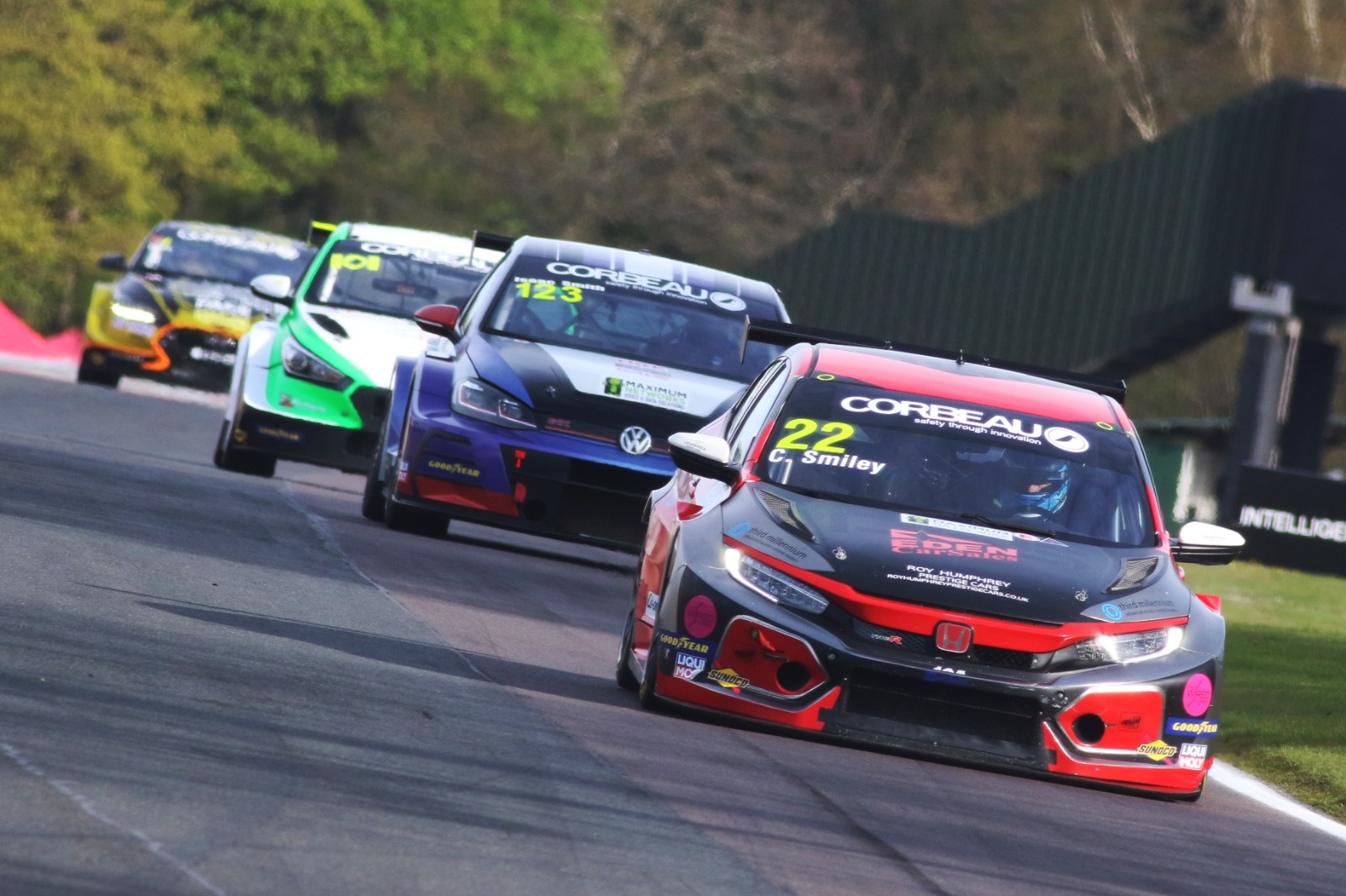 Smiley took TCR UK honours, although Smith was ahead prior to scores being dropped

Wins in his Restart Racing-run Honda Civic at the opening round and season finale helped British Touring Car refugee Chris Smiley to the TCR UK title. But, after Max Hart’s bid faltered, it was Mini Challenge convert Isaac Smith who was Smiley’s biggest threat. The 2019 Fiesta champion channelled natural aggression in his ageing ex-Sebastien Loeb Racing Volkswagen Golf, executing fantastic passes as a constant frontrunner. While Smiley prevailed in a tense finale, without dropped scores Smith would have edged it. 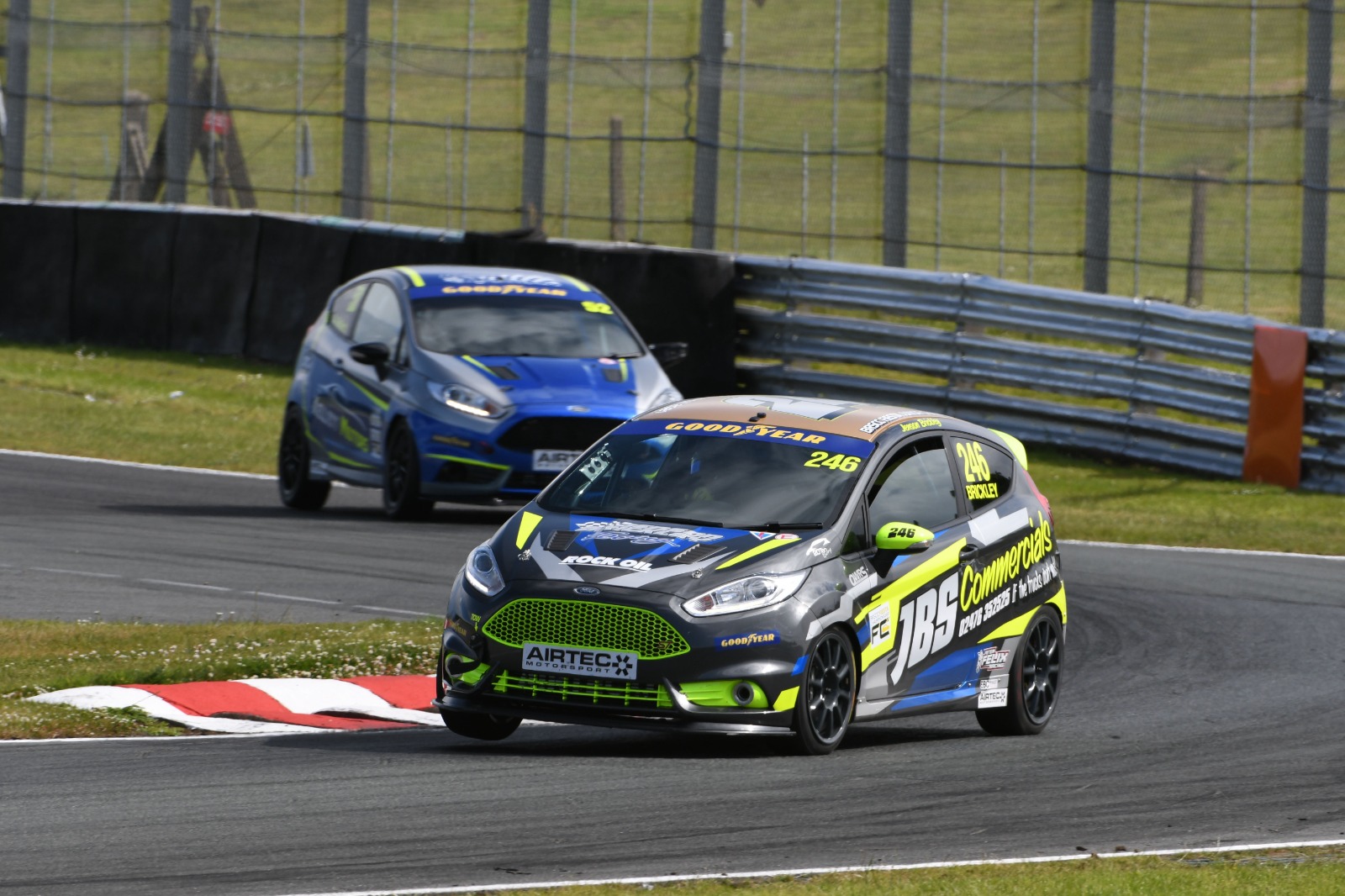 Although still a teenager, Jenson Brickley is no stranger to intense rivalries – he made this list last year. For 2022, the Fiesta Junior champion moved up to the main grid and faced the determined challenge of Alastair Kellett. The duo were barely seconds apart over 18 hard-fought rounds, finishing equal on points, but Brickley took the title on dropped scores. The racing was fast and feisty, Brickley’s pace countered by Kellett’s guile. Either could have come out on top, both were equally worthy. 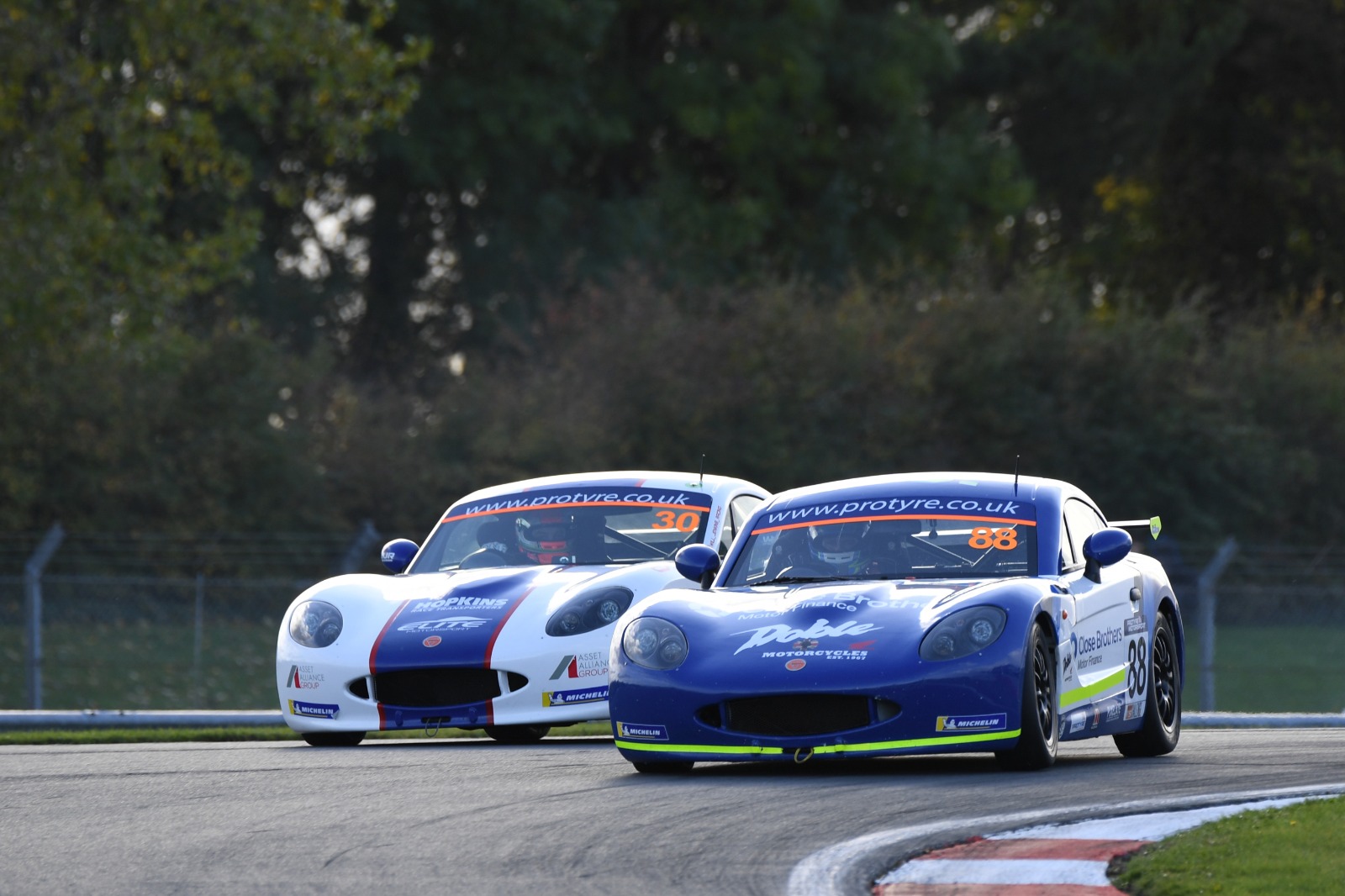 The title was ultimately decided in the National Court, but that shouldn’t overshadow the Ginetta GT5 Challenge battle. Will Jenkins took three early wins before Harley Haughton rallied with five victories on the bounce. They both won at Brands Hatch but collided in race three, with Mikey Doble the beneficiary. Doble triumphed again at the Donington Park finale, leaving the trio eight points apart, and he snatched the crown with second in the decider, a result only confirmed after Doble’s post-race penalty was overturned. 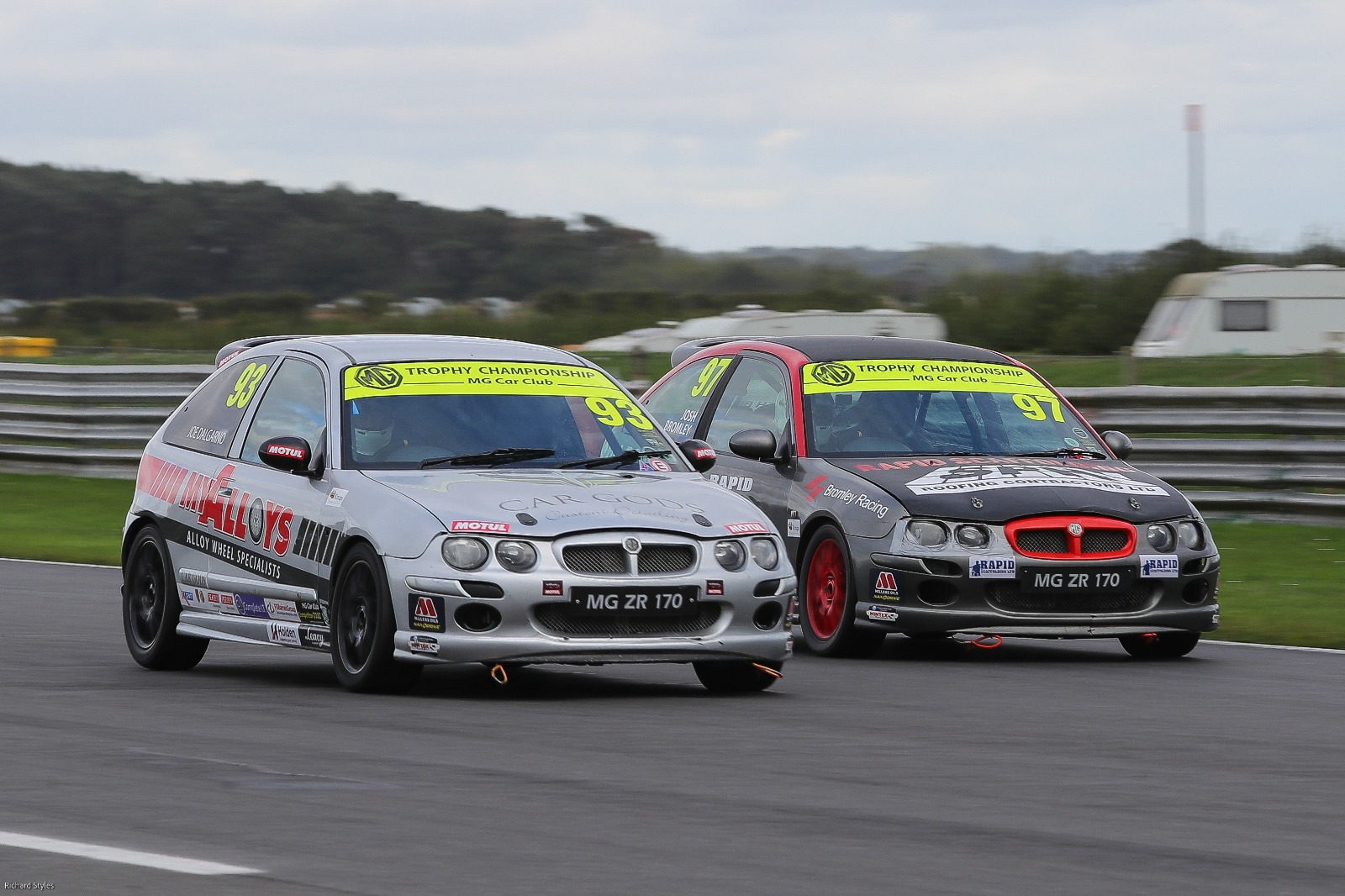 A lack of entries from the ZR 190s meant the MG Trophy title was fought among the competitive ZR 170s in Class B. The year-long tussle, also involving James Cole and Tylor Ballard, boiled down to a shootout at Snetterton between Joe Dalgarno and Josh Bromley. The pair traded places multiple times on the final lap and made contact at the last corner as Dalgarno edged it. Bromley (97) was five-four ahead on class wins, but more poles and fastest laps for 21-year-old Dalgarno (93) clinched the crown.