There were some golden moments during the 2022 national season, but also some sad occurrences as friends left us during the year

Following pandemic-devastated 2020 and 2021, in which amateur competitors were trying to regroup, the past 12 months brought unexpected challenges for everybody, not least those rooted in war-torn Ukraine.

On a personal level, the passing of my father – who took me to a Silverstone MG Car Club clubbie in 1958, and British Grands Prix in 1967 and 1973, then saw me land a Clubmans podium there in the 1980s – in August had a greater impact than I could have imagined.

Drawing positives, I hope the experience enabled me to empathise more closely with friends facing illness and bereavement. I’ve written 32 tributes to fallen racing folk in Autosport this year, most thankfully of a decent age. But it wasn’t entirely an annus horribilis. There were golden memories too.

Throbbing V8-engined sportscars were emerging as the big ticket in the twilight of Goodwood’s 1948-66 contemporary era. McLaren M1s and a Lola T70 Spyder raced at the Sussex aerodrome circuit, which closed two months before the Canadian-American Challenge Cup made its debut at Mont Tremblant.

John Surtees (Lola) won three of the six rounds and the title and Bruce McLaren two of the next three crowns before his testing accident at Goodwood in June 1970. Seeing similar cars, raced with supreme skill by Rob Hall (M1A) and Olly Bryant (T70), wowed onlookers at April’s 79th Members’ Meeting. Bryant’s last-gasp victory rewarded his tenacity and unwillingness to give best as they darted through traffic at 170mph. Mighty fine racing without trading paint!

Despite being 315 miles from home, Croft holds very happy memories, having attended the ‘old’ circuit’s 1981 swansong. The bumpy Railway Straight – which never troubled folk hero Andy ‘Iron Man’ Barton’s imagination – is the secondary paddock on the current iteration, a challenge since 1997. I made the trip twice this term, each a comfortable and surprisingly ‘economical’ (given painful diesel prices) five-hour run. 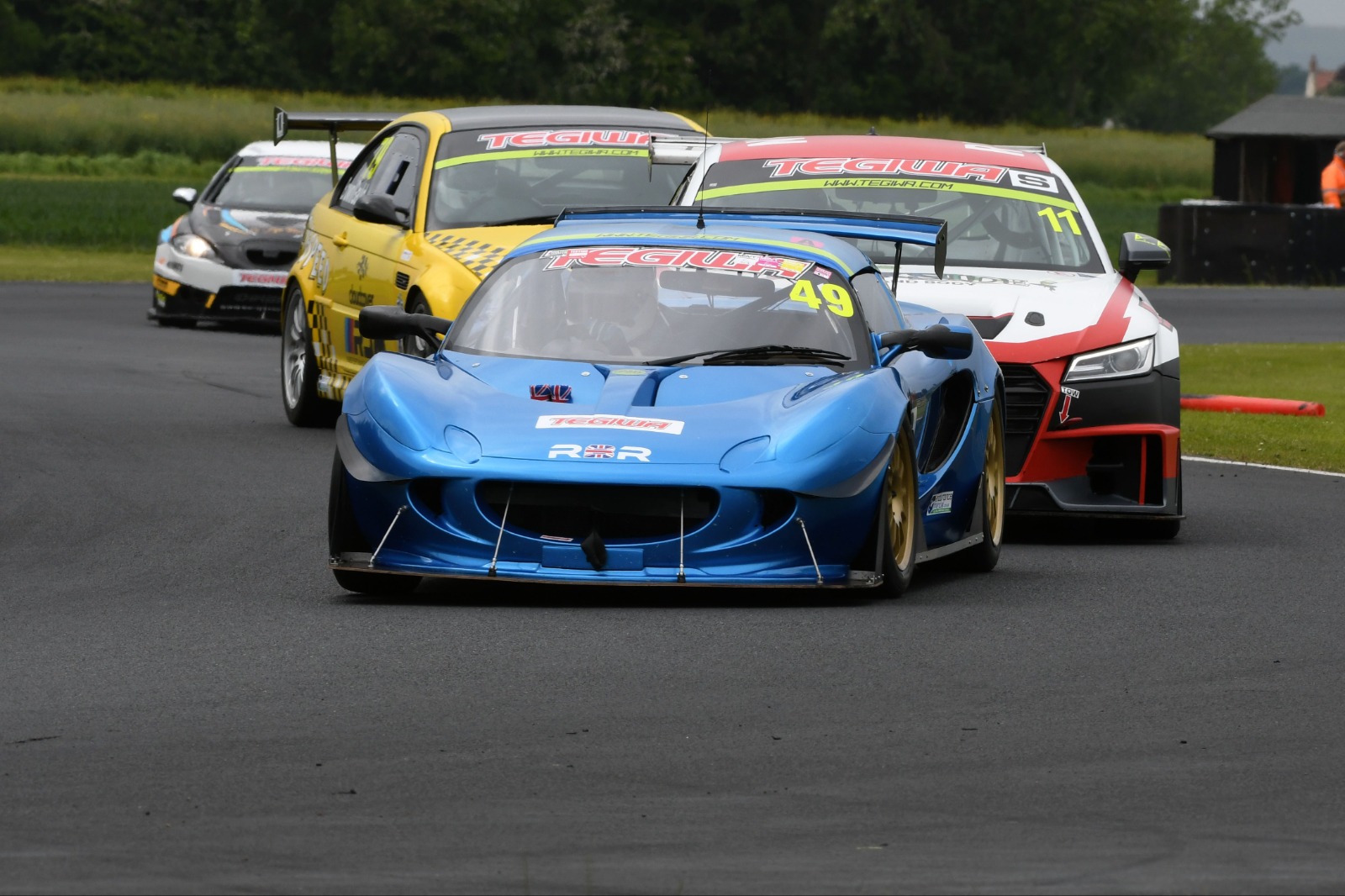 Stacey's efforts made the trek to Croft worth it

Thruxton was my local circuit for 15 years before I joined Autosport, and is now, but I missed Jochen Rindt’s devastating 1968-70 European F2 hat-trick. I witnessed the great Austrian in F1, however, albeit saddling a flabby and thirsty Cooper-Maserati.

The rise of Samuel Harrison

Yorkshire teenager Samuel Harrison demonstrated such qualities this season, winning more than 20 races in a spectrum of cars. The pre-season favourite dominated the HSCC’s Historic Formula Ford championship – before strong opposition ebbed away – in Mike O’Brien’s first-string Speedsport Merlyn. But Samuel leapt into the team’s 1000cc F3 Chevron B15 and Formula Junior Brabham BT6 and did the same. Quiet and hungry, with the connections to succeed, he should go far. 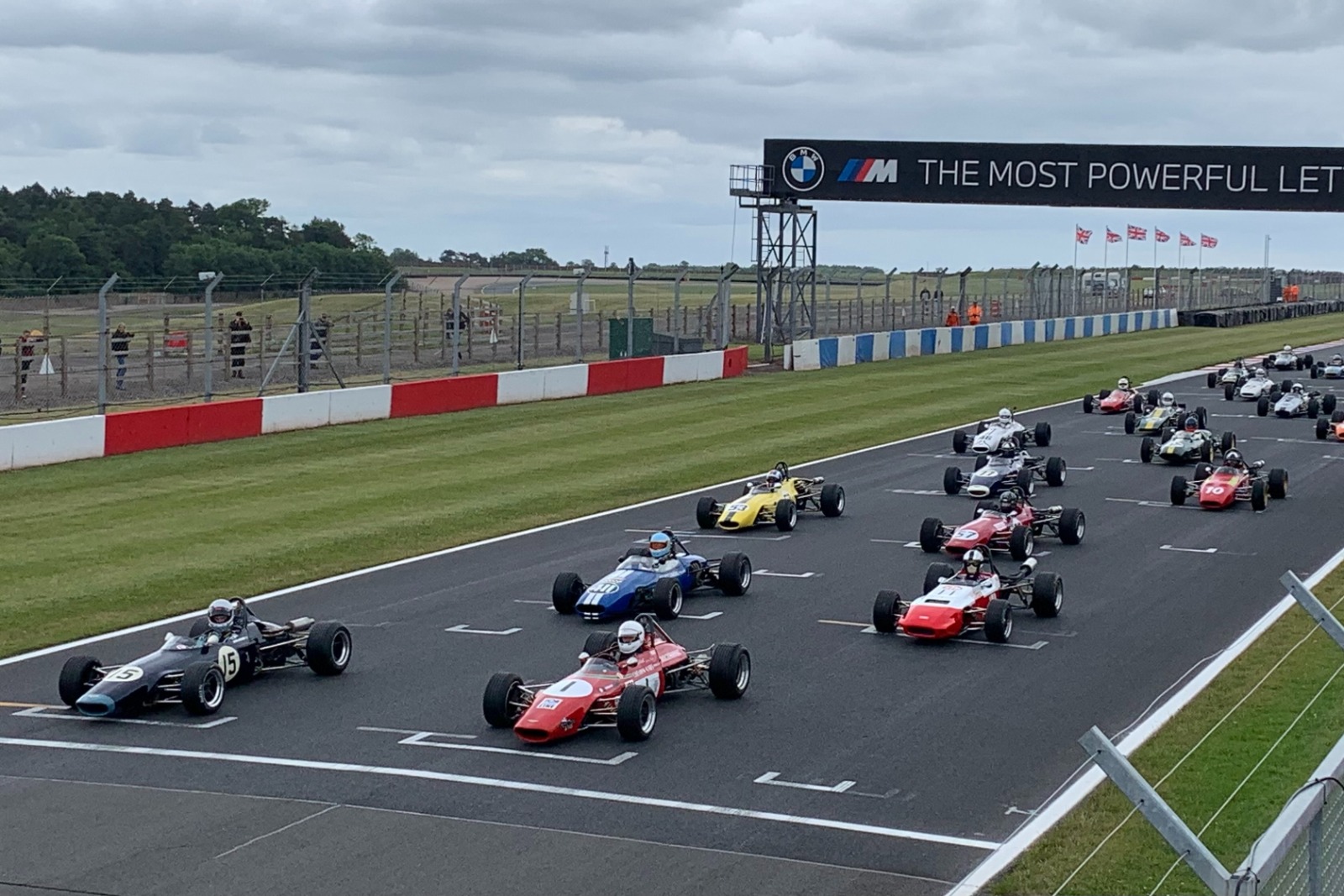 Harrison (left) was successful in Historic F3 this season

Motorcycle engines – OK, internal combustion engines originally configured to power one wheel – in single-seaters caught on in the 1950s as a training ground through which Stirling Moss and hotshoes rapidly rose. F1000 does not fulfil the role of its F3 forbear, but it’s a cracking class that is getting ever more competitive.

I’ve been watching the Corbyn family’s cars since 1984, when John debuted the first Jedi in hillclimbs, and you won’t go quicker for less in an open-wheeler than with Suzuki GSXR or Yamaha power and an all-up weight of 480kg.

The action was sensational at Donington, where a record field underlined its value. Could building new chassis to meet demand lead to a first 30-car grid next year?

Resembling the pick ’n’ mix sweet counter in the Woolworth stores of my youth, the programme featured tasty fare from several sources, including the nostalgia-rich Historic Racing Drivers Club. The season’s best Special Saloon grid, plus a reunion of non-running ‘loons’ and ‘loonatics’, excited spectators.

They’re back in 2023, when the HSCC’s own series properly launches. Andy Wilson’s immaculately refettled ex-Tony Hazlewood DAF V8 is already registered, 50 years after the combo’s landmark 100mph lap of Thruxton. 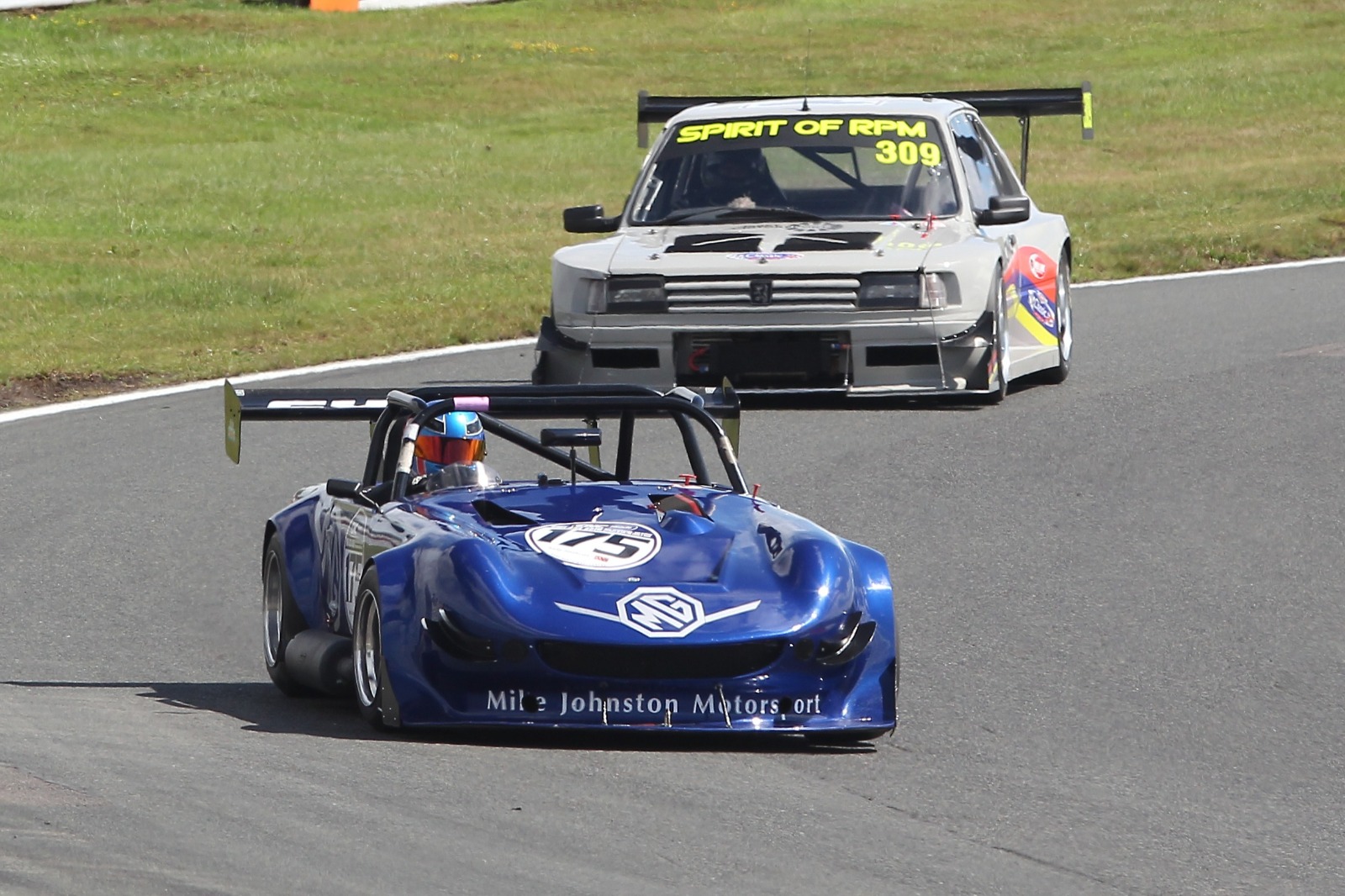 Formula Ford celebrated its 55th birthday in July. The engines and tyres have ‘evolved’, but there is nothing wrong with it now the aberrations are forgotten and it largely mirrors Geoff Clarke and John Webb’s original, branded by Blue Oval visionary Walter Hayes.

There are ample races nationally, locally and further afield for cars of all vintages, and the end-of-season British Racing & Sports Car Club Formula Ford Festival and Walter Hayes Trophy at Silverstone are surely the holy grail of pure racing. With the best international entries in years, sadly controversy marred both.

If running out of October daylight for a meaningful Brands final was numb, waiting over a month for November’s Silverstone result to be confirmed was not ideal. Must do better in 2023.

The loss of Simon Diffey, 57, in a tragic road traffic accident in May made the vintage and historic car worlds stand still. The news lit my phone while commentating at Silverstone and was hard to assimilate.

‘Diffmeister’ was a good friend, like Ted Williams and Charles Barter who died in August and November respectively. Other legends who passed in 2022 include Lola stalwart Mike Blanchet and race car constructor Barry Sheppard (Rawlson). 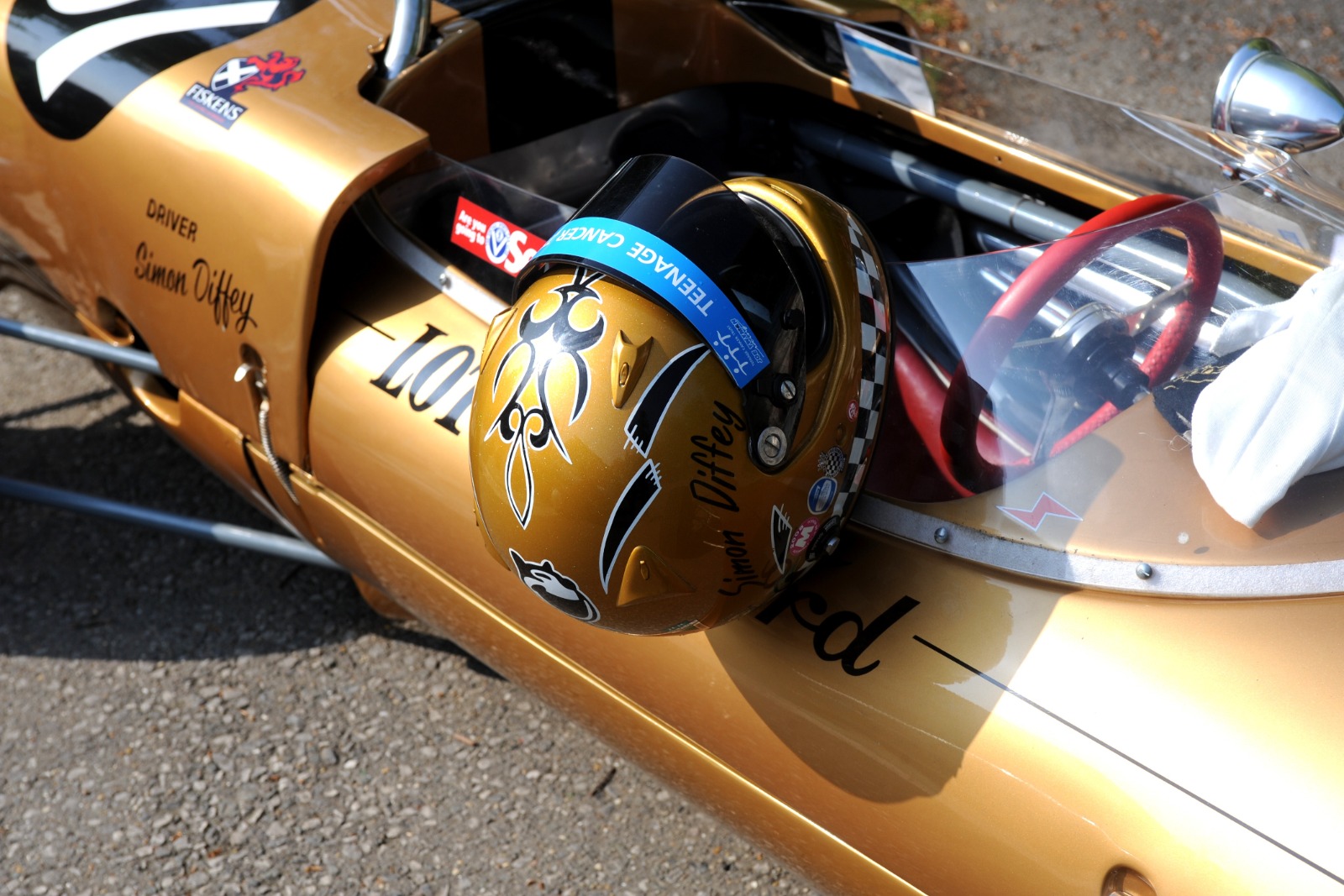 Autosport’s highlights from the year

Some memorable Minis, a dramatic Formula Ford Festival moment and thrilling hillclimb action were among the significant occasions of the past season

The weather may have been memorable for all the wrong reasons – it was bucketing it down – but this wet May day at Brands Hatch was enjoyable in other ways.

The incredible machines that feature in the Fastest Mini in the World race really are something very special. And it was fantastic to get up close and personal to them and hear their creators’ brilliant stories. Getting Le Mans winner Nick Tandy’s thoughts on the monsters from behind the wheel was then truly fascinating.

Thankfully, the weather was very different for the actual event in August, when the flame-spitting Rollcentre-built V8 of Harvey Death was the class of the field in scorching conditions.

It’s a cliche, but seconds seemed like minutes looking into the Paddock Hill Bend gravel at what remained of Matt Rivett’s Van Diemen RF91 following a horrendous accident at the Formula Ford Festival.

After seeing his car hurtle through the air and smash into the barriers, I and the hundreds of people in the grandstand feared the worst.

When he extracted himself from the car – something he didn’t remember, since he was suffering concussion – after several agonising moments, applause erupted from the crowd. Seeing him standing there with no significant injuries, and knowing just how different things could have been, really was the moment of the year.

The speed and commitment at the top of the British Hillclimb Championship was a joy to behold in 2022. My highlight of the season came at Bouley Bay and was only shared with two marshals.

The hill was dusty and slippery, and Wallace Menzies joked that he needed a handbrake on his Gould GR59 for the two hairpins. In the first run-off, he pitched the car into the final hairpin and it snapped into oversteer. He kept the throttle planted as the rear wheel brushed the bank in the arc of a glorious powerslide.

The three of us caught our breaths as Menzies rocketed over the line to beat Scott Moran by a hundredth of a second! 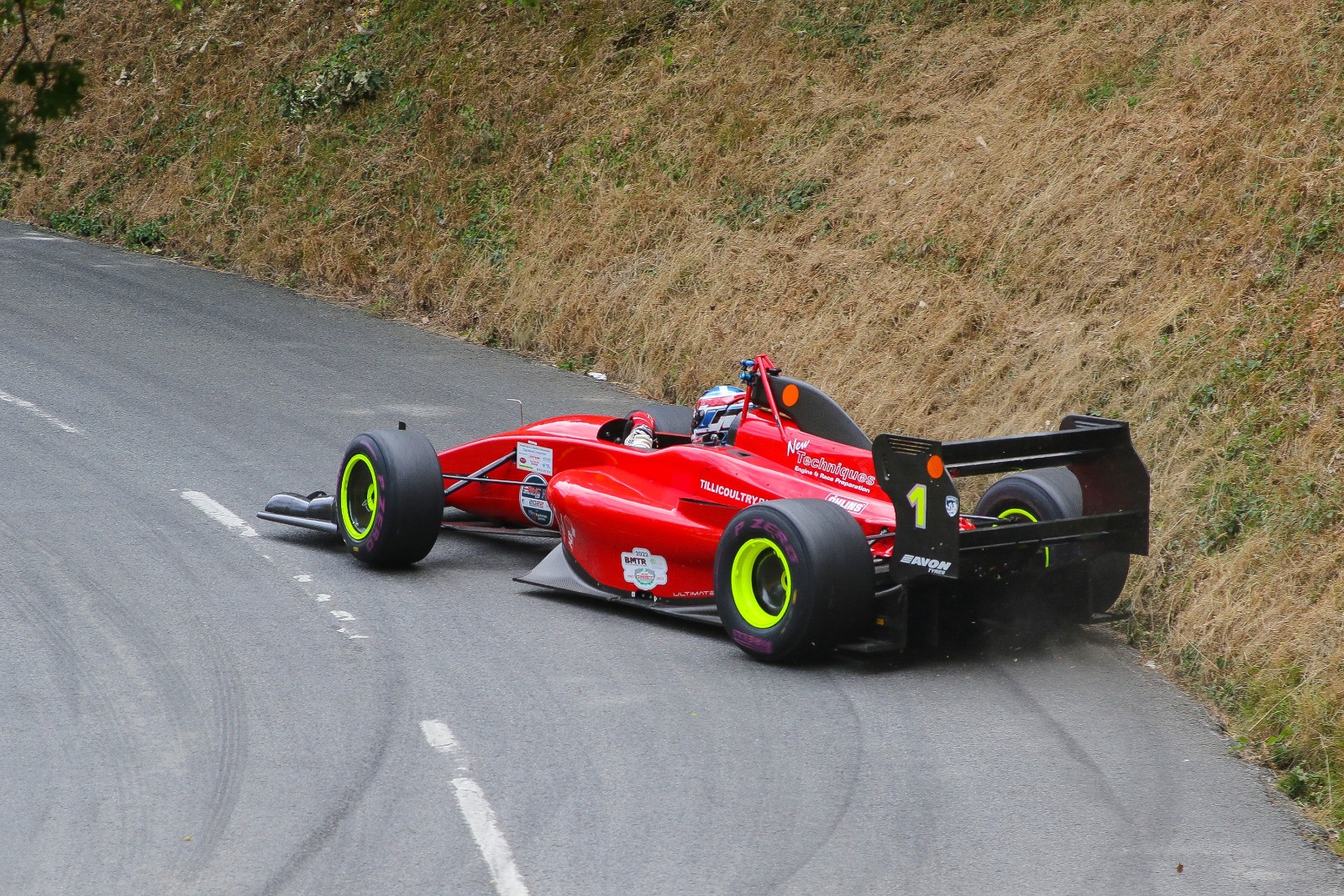