There’s been no shortage of stand-out performers over the course of the 2022 national racing season in a plethora of UK series, ranging from Formula Ford to Mazdas and just about everything in-between. Here are Autosport’s top 10 club drivers

There was plenty of action across the 2022 national racing season, and a number of notable performers rose to the top during the course of the campaign. Here are the drivers that made Autosport's annual top 10 list from across the myriad of series.

Felix Fisher was the ‘nearly man’ of Castle Combe’s super-competitive Formula Ford championship. Tantalisingly close to the crown several times, with numerous race wins to his credit, the ultimate prize always eluded him.

Fed up with being the dynasty’s underachiever – brother Josh and late father Brian are triple Combe FF1600 and Special GT champions respectively – Felix dug deeper in 2022. The electrician won six of the 11 rounds, beating two-time FF1600 Combe champion Luke Cooper to the crown. 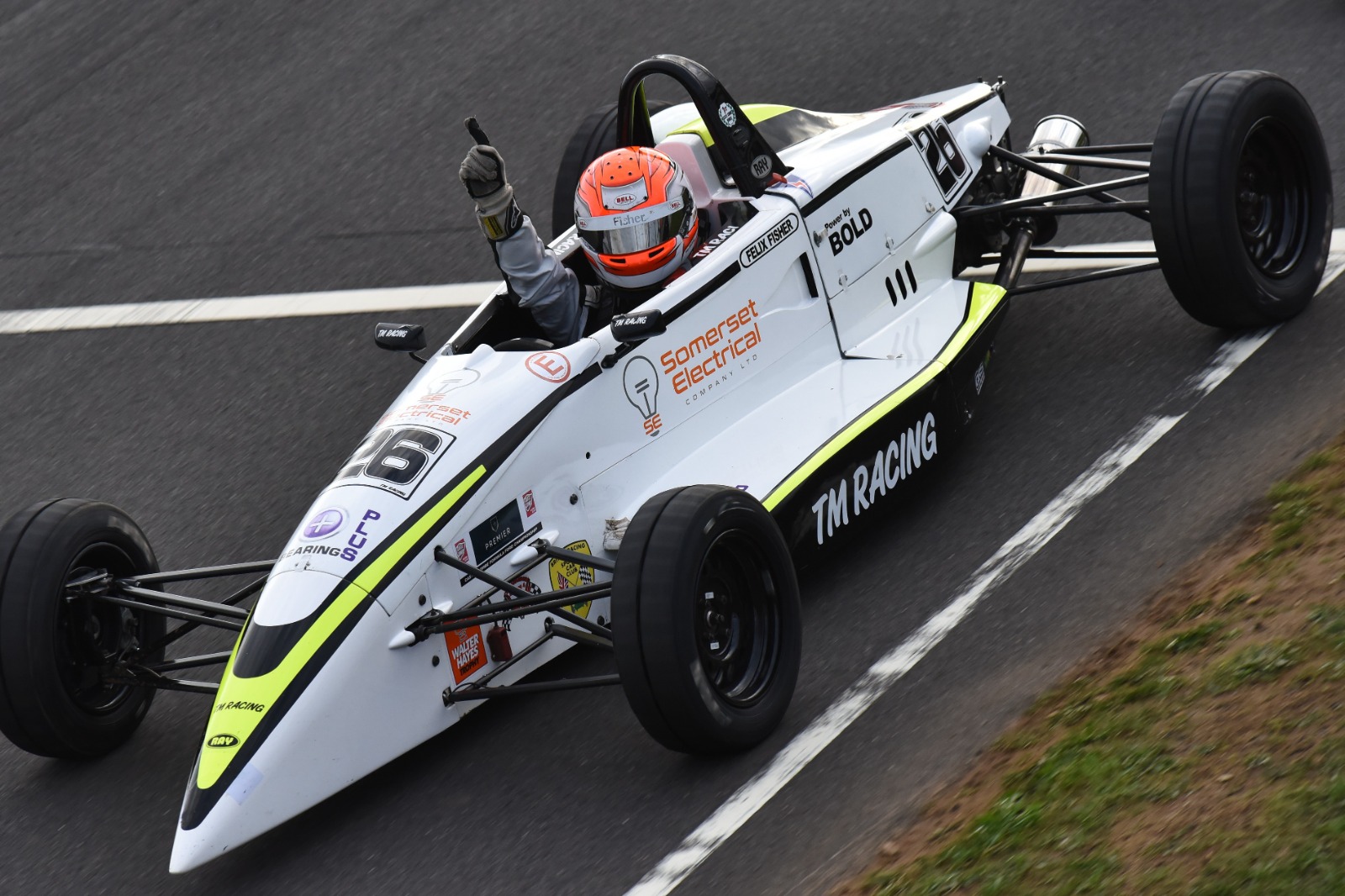 Reigning Caterham 310R champion Lewis Thompson graduated to the premier Seven UK championship in 2022, and could have been a title contender had he not missed the opening two rounds while his car was still being built.

He took an incredible eight wins and a further five podiums from the season’s remaining 15 races, which included a win on his debut at Silverstone. This was followed by two more wins at Donington Park, a hat-trick at Knockhill and another brace at Spa. 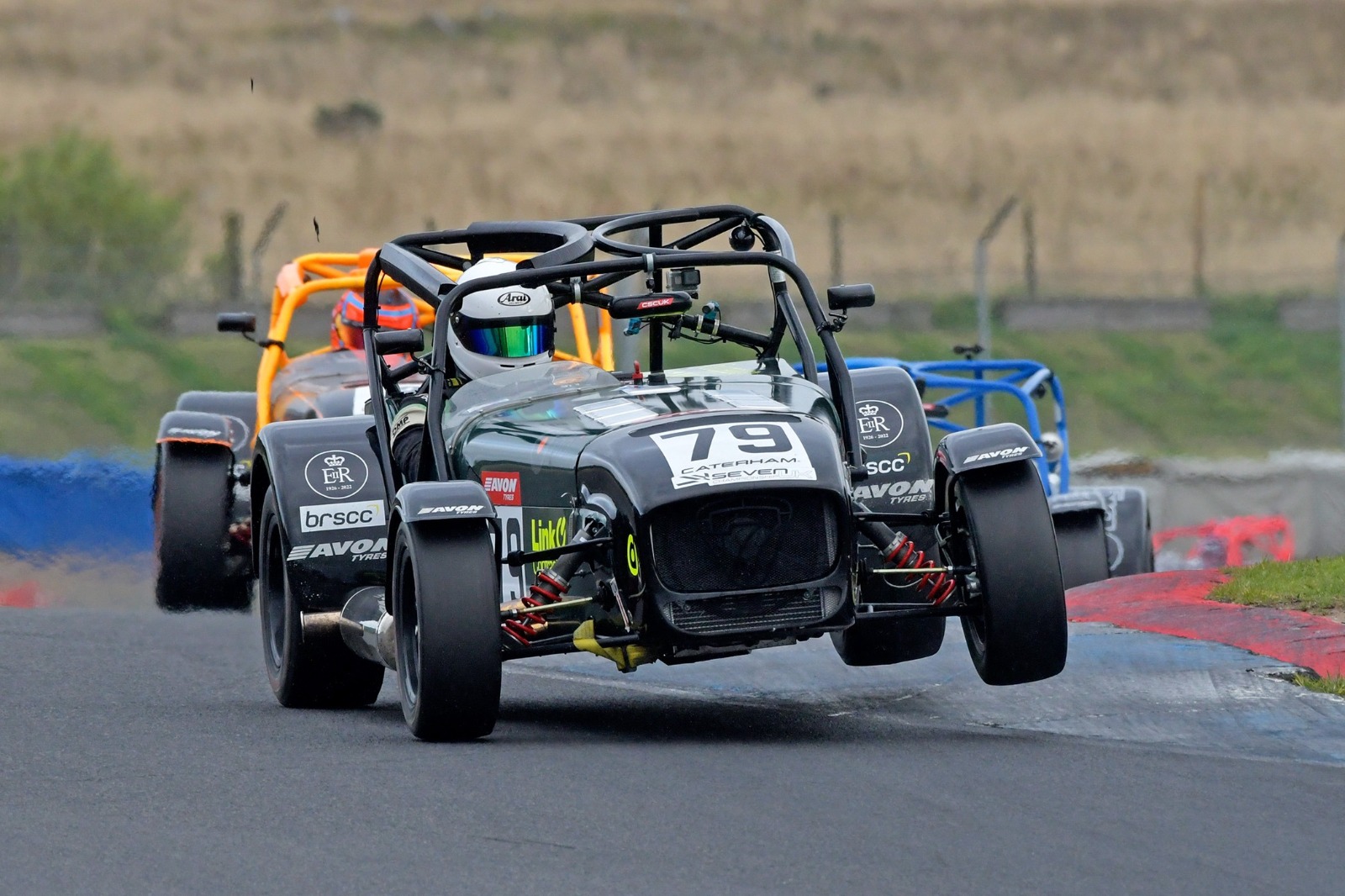 It wasn’t that long ago that Sam Corson was racing – and winning – in the virtual world. A product of the Scottish Motor Racing Club’s Esports scene, Corson has shown an incredible adaptation to real world racing, to the extent where he was the driver to beat for most of the year in the local C1 Cup.

A disqualification for chief rival Finlay Brunton made life a little bit easier come the end of the season but, make no mistake, this was a reference year for Corson and he came up trumps in every area. 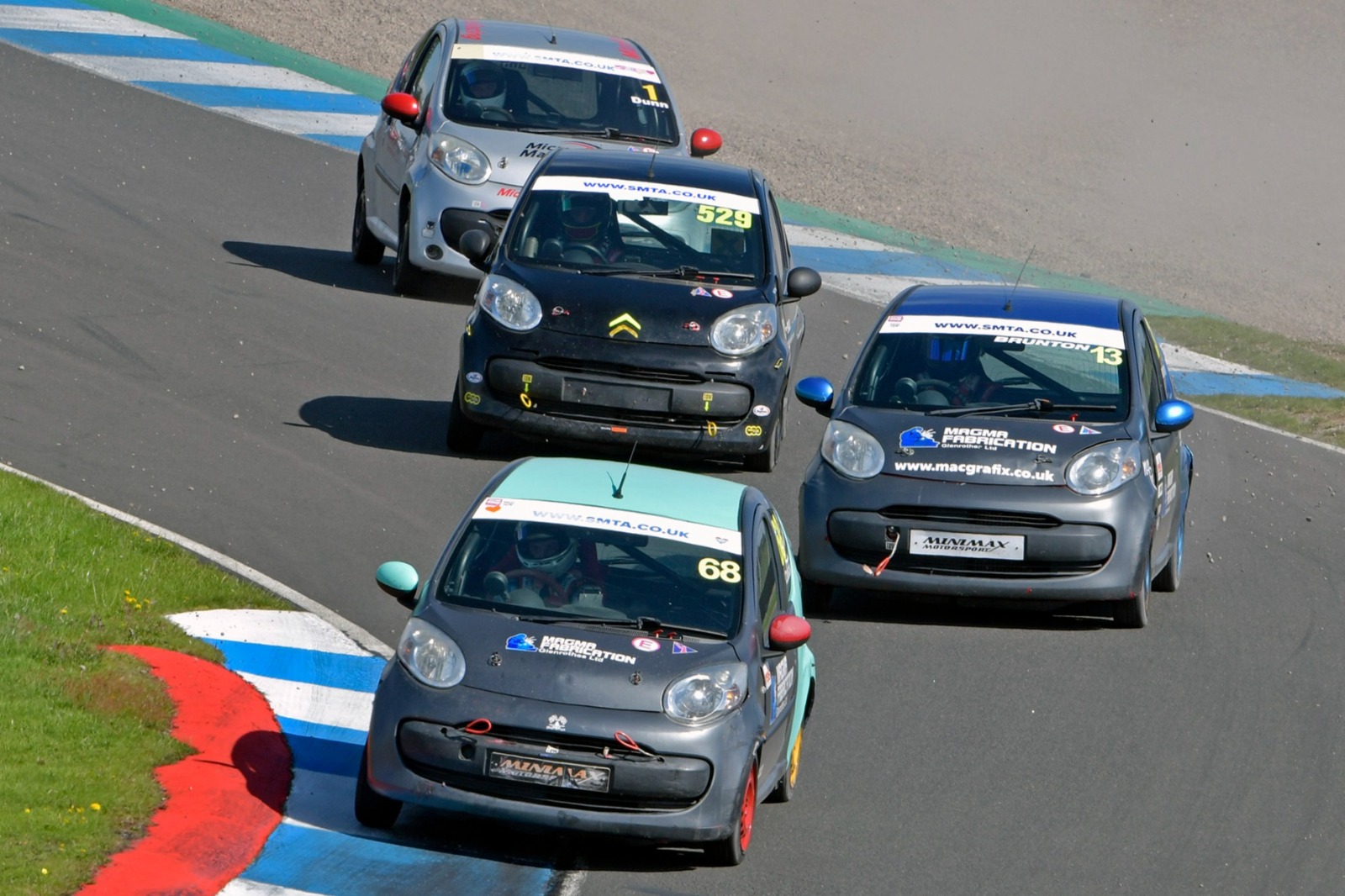 Corson proved to be a winner, both in the real world and virtually

In taking his third straight British Hillclimb title, Wallace Menzies seldom, if ever, put a wheel wrong. The Scot was only out of the top three twice in 29 run-offs; once at a rain-hit Prescott and once, by 0.04 seconds, in a topsy-turvy season opener.

Yet his hat-trick was only concluded at the final event after a fabulous battle with Alex Summers. The combination of Menzies and Gould GR59 proved unbeatable, and he was a fabulous ambassador for the championship out of the car. 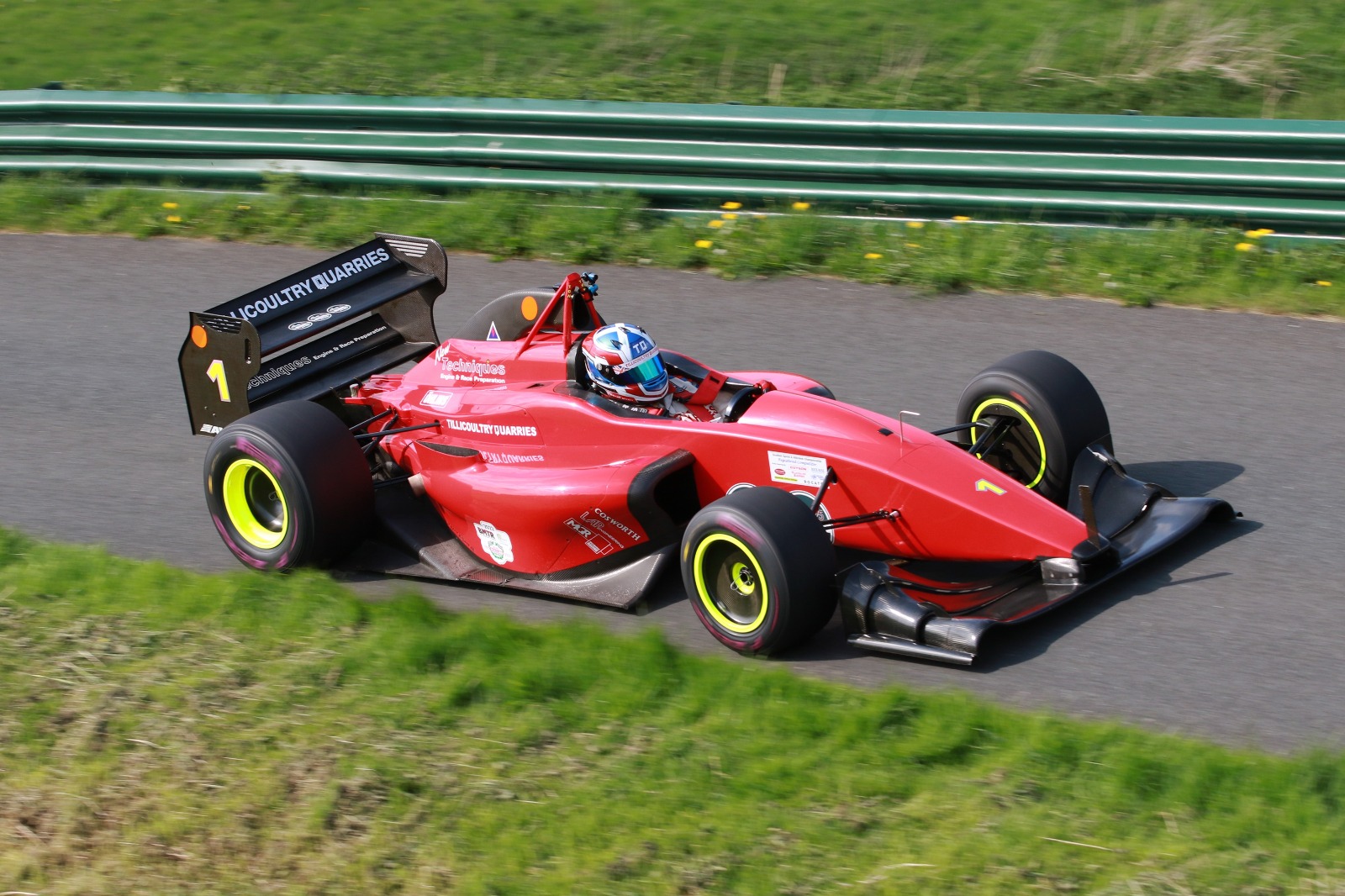 Never giving up is a crucial factor for any ambitious driver, and Maximus Hall’s efforts in the Junior Saloon Car Championship were proof of that. With Westbourne Motorsport team-mate Harry Hickton showing strong winning form in the early part of the year, Hall had to keep racking up points consistently if he was to have any chance of the title.

He hit his stride in the latter part of the year, including a memorable hat-trick of wins at the Brands Hatch finale that helped seal the crown. 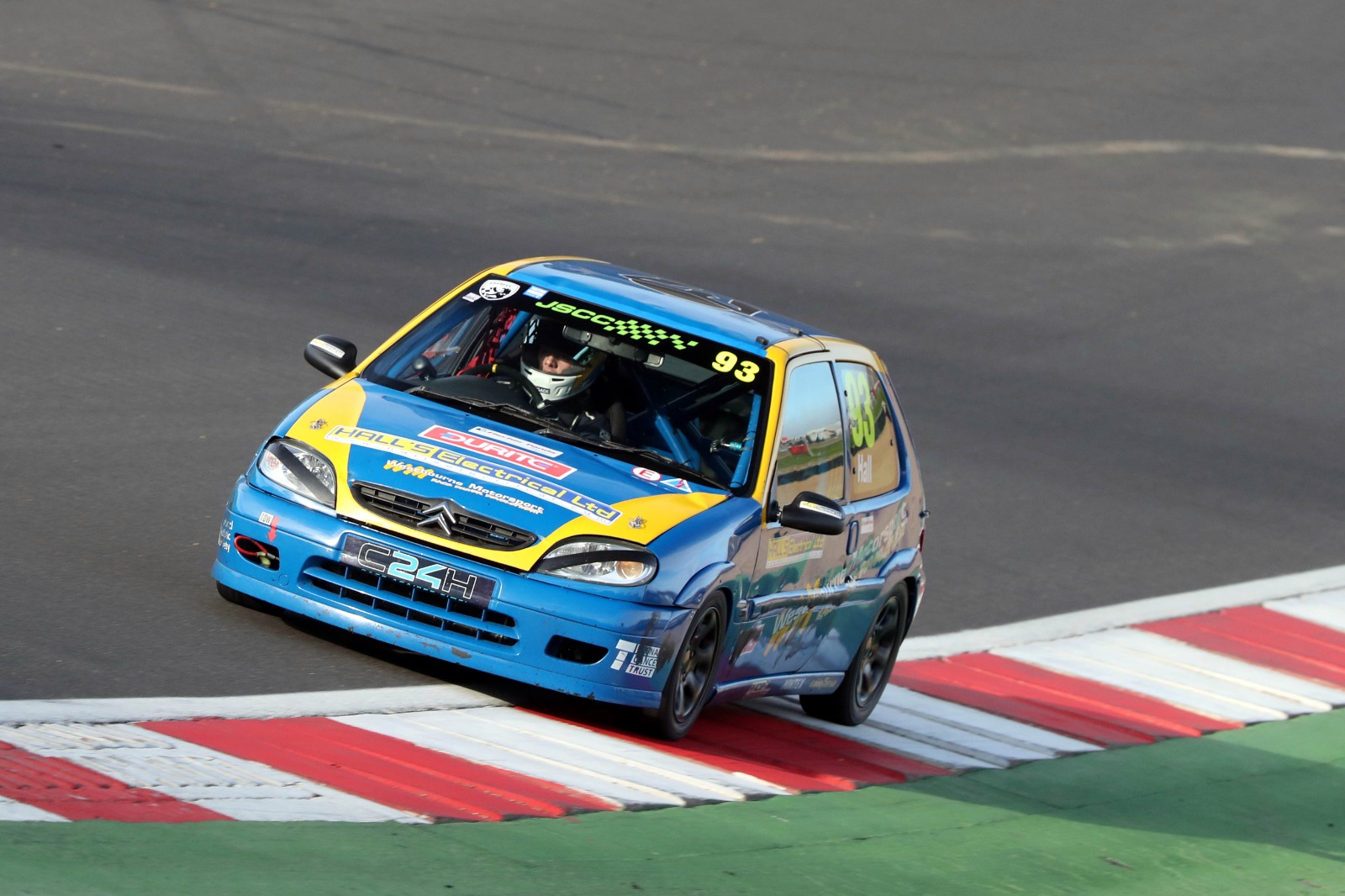 There was no disputing who would be crowned as Mini Challenge Trophy champion this year. Despite a competitive field and an average of 30 cars in the series, Nelson King was unstoppable.

He won seven of the opening eight contests, putting the Graves Motorsport driver into a commanding position at the top of the standings, before he duly sealed the title at a very wet Brands Hatch finale. Not bad for a driver in just their second season of car racing and up against more experienced rivals. 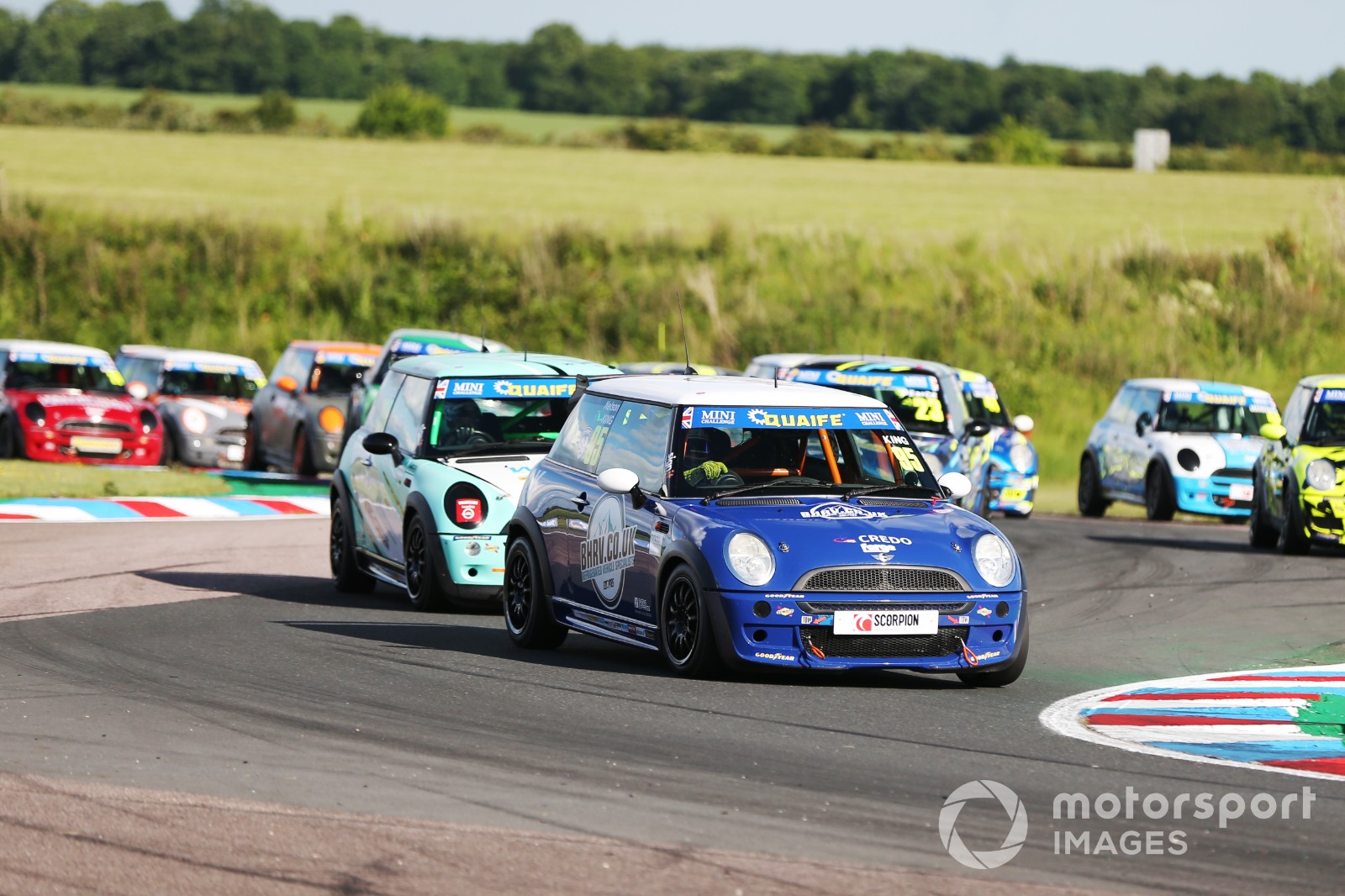 Two titles and 19 victories represented a stellar year for Liam McGill. His first triumph in the Scottish Fiesta ST Championship didn’t come until round three but, from there, he didn’t look back. Five wins from six races set up a showdown with Steven Gray in a rain-soaked finale, which McGill won to seal the crown.

A planned one-off appearance in the Focus Cup season-opener turned into a full campaign, from which he scored 12 victories, wrapping things up with three rounds to spare. 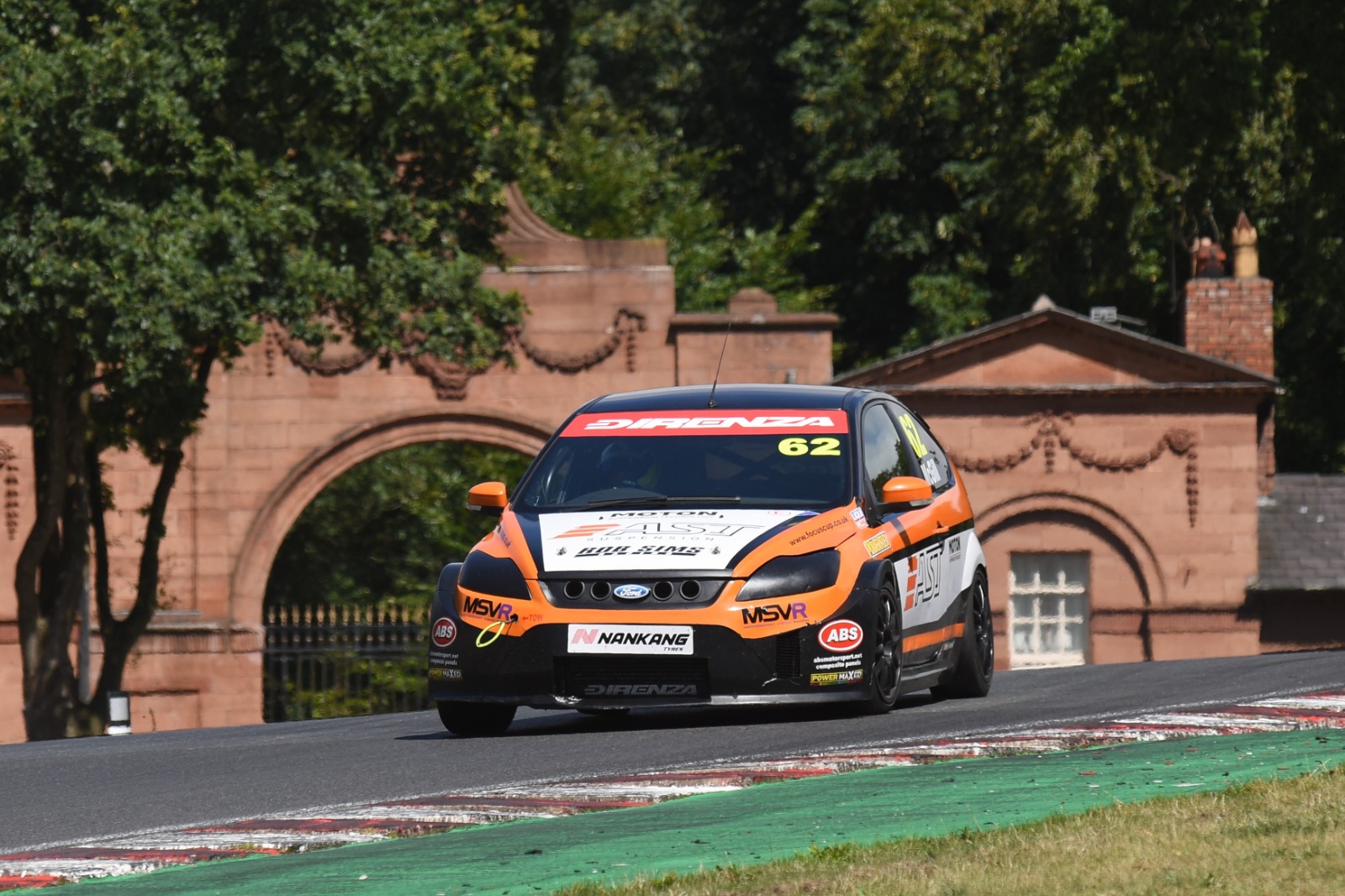 Most drivers with such a record make it look easy, but Short rarely dominated a race. And, despite his relentless success, the idiosyncratic points system – and his absence from an early-season Silverstone meeting – meant the title wasn’t secured until the final event. 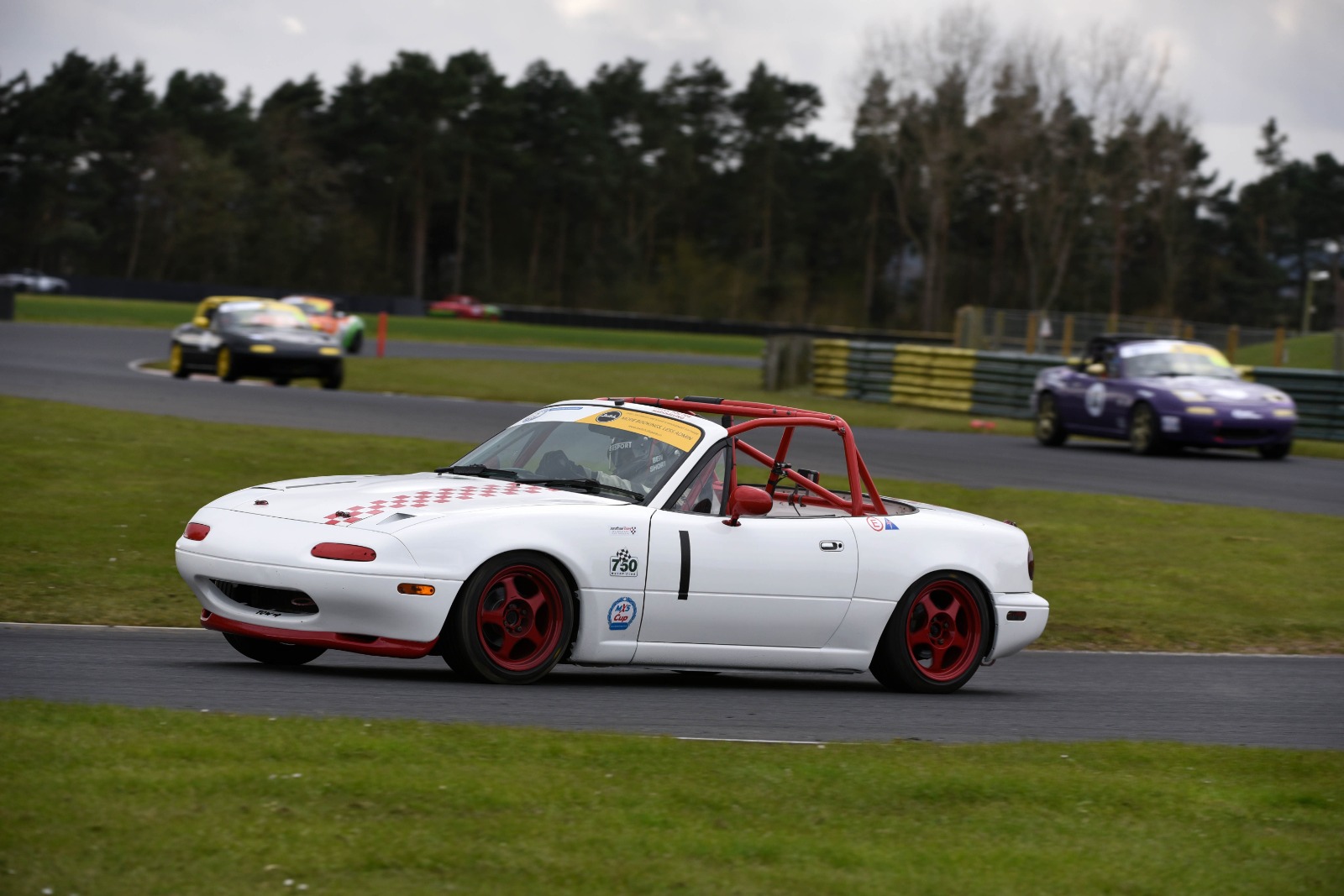 Short was the master of Mazda MX-5 racing, winning all 17 races he started

When Samuel Harrison celebrated his 19th birthday on Christmas Day, he could reflect on a remarkable season in historic racing.

In only his second year in cars, the former karter blitzed the Historic Formula Ford 1600 Championship with the Speedsport Merlyn Mk20, and jumped at the chance to race a Chevron B15 in Historic F3 and a Brabham BT6 in Formula Junior. He was unbeaten in both cars, while he also triumphed in a newer Dallara F397 in Monoposto to take his season’s tally to 21 wins. 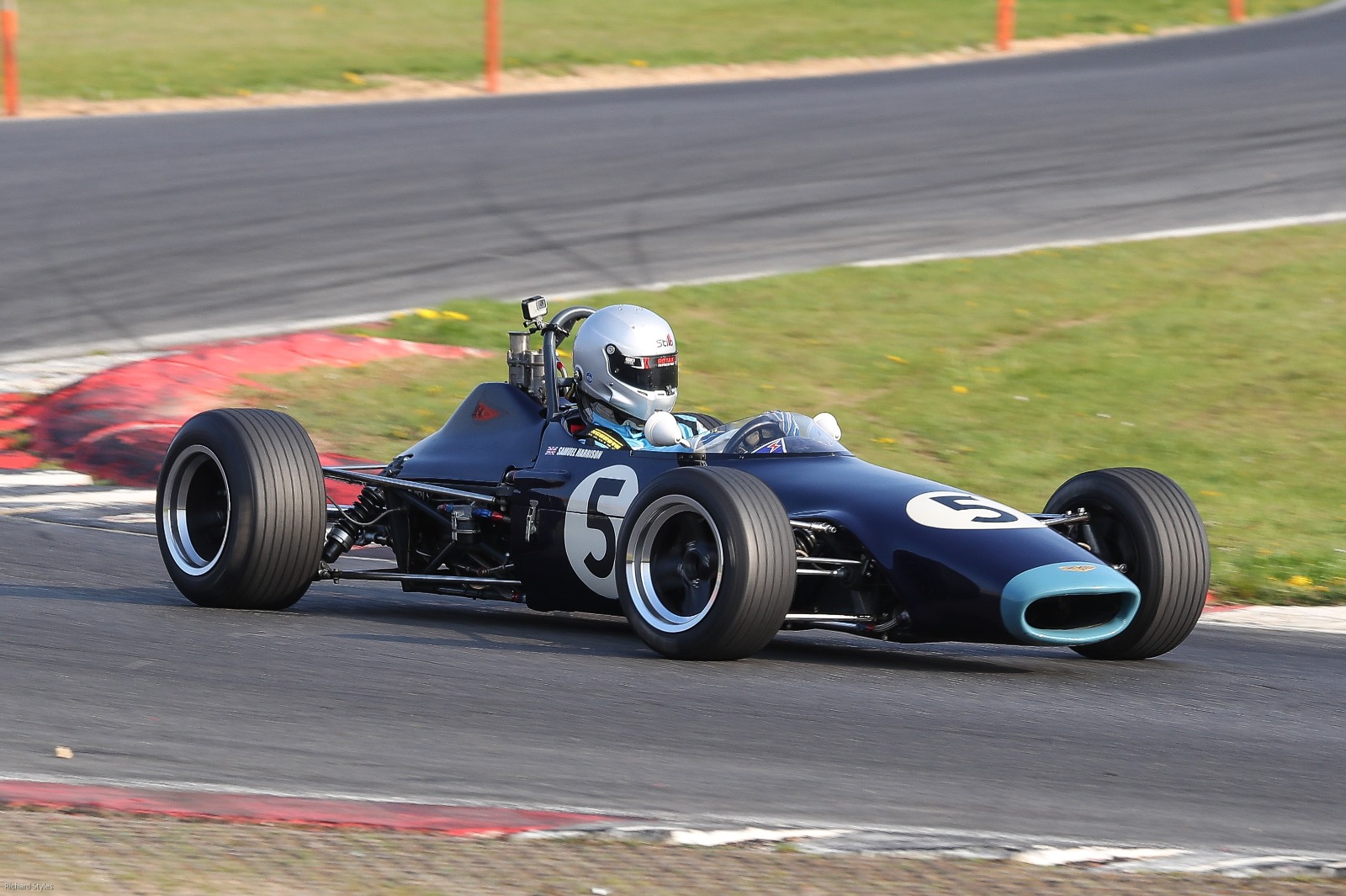 Harrison was impressive in a number of historic machines, taking an incredible 21 wins

An impressive year for the third-generation family racer ended with the unusual task of trying to win two titles at different venues on the same weekend. The first of them, at Silverstone, proved a formality – he’d dominated the BMW Compact Cup season with 10 victories.

He then took the Ginetta GT5 Challenge crown on the road in an extremely tight Donington Park decider, but it wasn’t until a month later that he was officially crowned champion after a penalty was overturned. 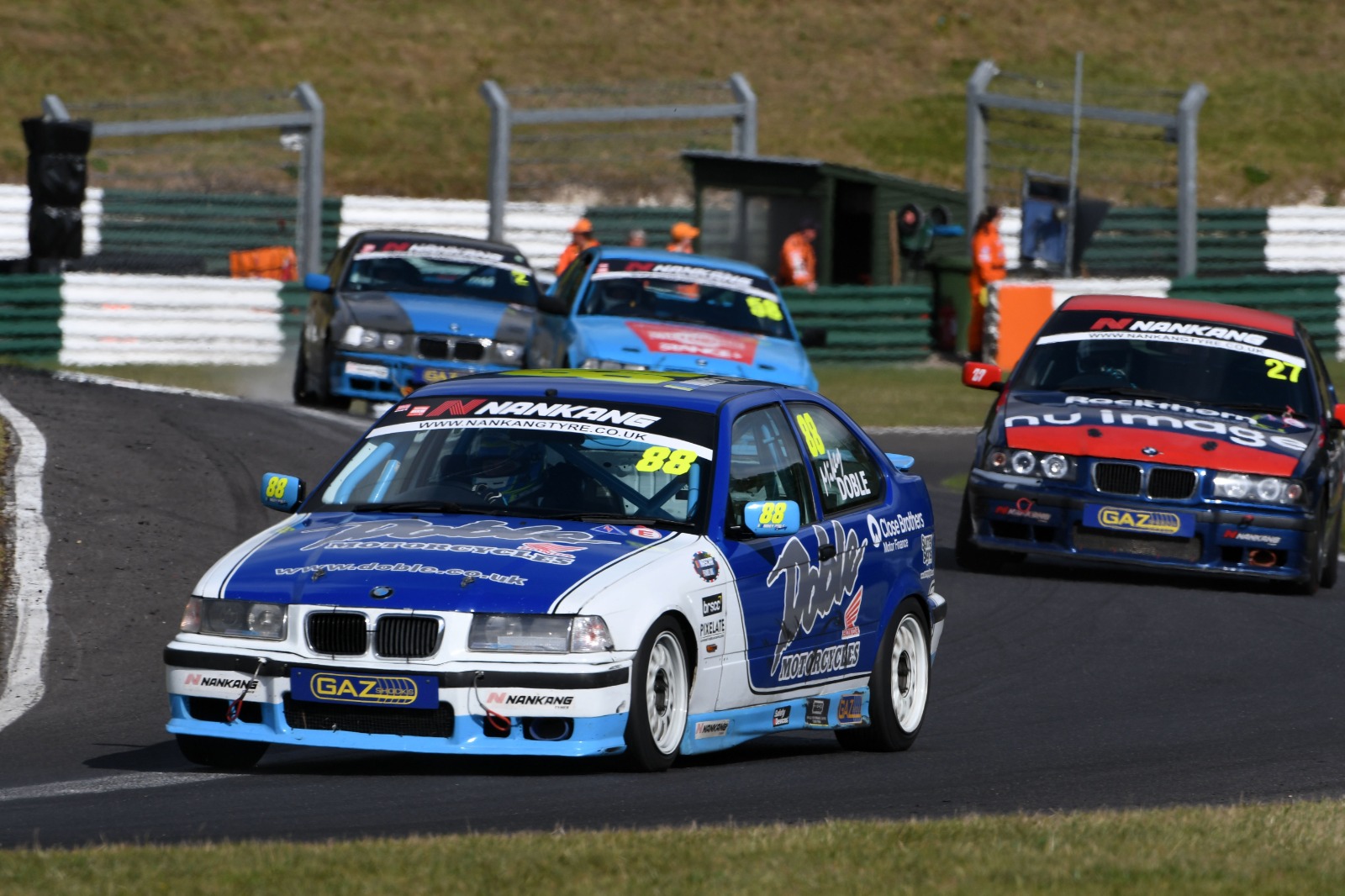 How the racing with respect message is getting blurred