Lawrence Stroll has revealed that the teething problems for the Aston Martin Valkyrie hypercar during its public debut at Goodwood were caused by an electrical glitch on a £5 part.

Aston Martin announced in June that it had overhauled the design for the Valkyrie after ditching plans for a factory entry to 24 Hours of Le Mans in the hypercar class following the company’s shift to focus on Formula 1.

The limited track-only version of the car is known as the AMR Pro, and made its public debut at the Goodwood Festival of Speed last weekend, driven by long-serving Aston Martin factory driver Darren Turner.

But one of the runs up the hillclimb was halted after the car slowed and was forced to park up in an escape road, resulting in a red flag.

But Aston Martin chairman Stroll said that everything was still on course for Aston Martin to begin delivering cars in Q4 of 2021, and that the stoppage at Goodwood was down to a small issue with a minor part.

“I will confirm, as we promised, we will be delivering cars starting September,” Stroll said in a select media roundtable including Autosport.

“Our first cars will be rolling out at the factory as planned, as I said five months ago that we would be doing. So it’s very much on time.

“As far as Goodwood, there was some small electrical glitch, some £5 part between the low voltage battery and the high voltage battery that decided not to work for some reason at that moment.

“We’ve never had that problem in testing. [We’re] kind of happy it happened now, we hadn’t seen it before, and it’s something we get from an external source.

“So we understood it and repaired it immediately.” 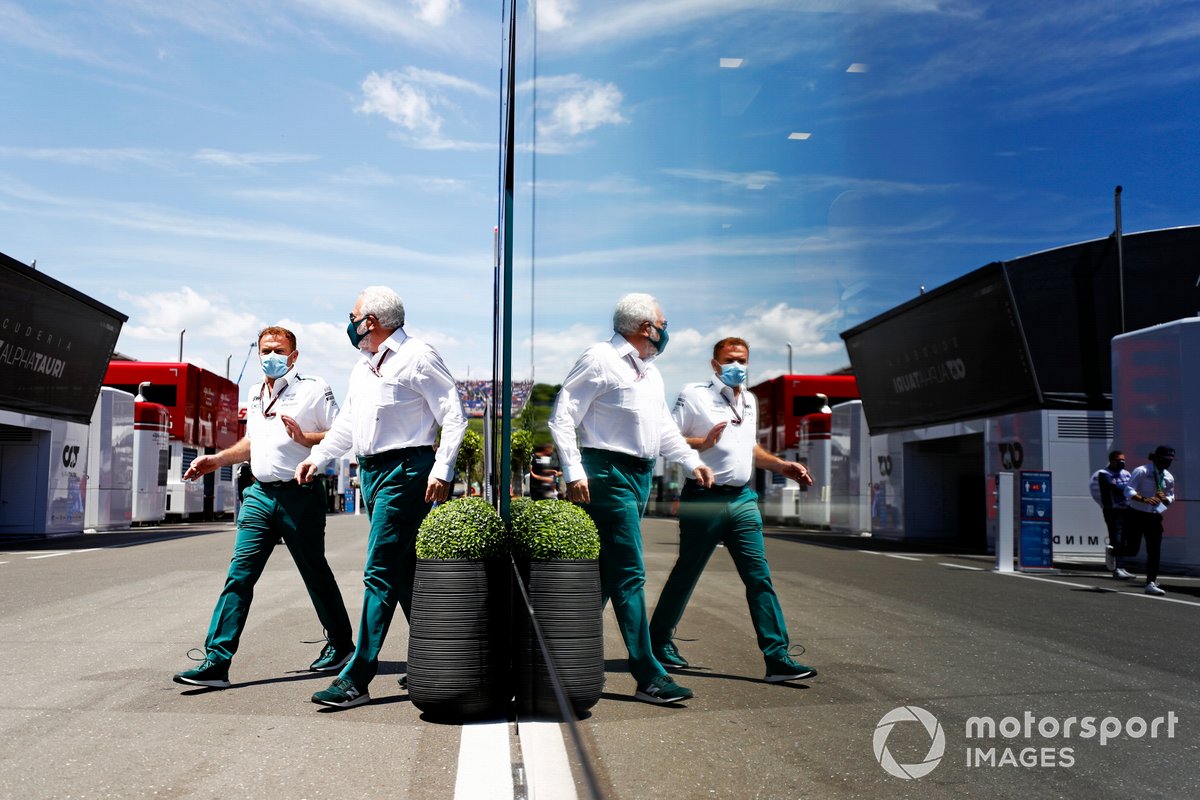 Stroll acquired a 20% stake in Aston Martin in January 2020, paving the way for his Racing Point F1 squad to be rebranded under the name of the British car manufacturer for this season.

This weekend’s British Grand Prix will mark Aston Martin’s first home race in F1 since 1960, when it entered two cars at Silverstone.

PLUS: The delay that quashed Aston Martin’s last F1 venture

Stroll has been clear in his ambitions for the Aston Martin F1 squad, setting a target of fighting for world championships in the next four or five years.

But the Canadian billionaire said he was enjoying the challenge of working on both the F1 squad and the road car projects.

“I’m surrounded by strong people,” said Stroll. “I’m very lucky that I have great people in both organisations, in the road car with Tobias [Moers] who’s a phenomenal CEO, and Marek [Reichman] who is an incredible creative director.

“Half the staff at Gaydon will be at Silverstone watching the race. We have a big party. As you know, the Formula 1 team is based in Silverstone, all employees and their family are invited, and they get grandstand tickets to go see it, and there’s a big TV.

“It’s really, really beneficial and exciting to see how both these great organisations work together.”