British GT champions Jonny Adam and Andrew Howard will reunite next season for a first full campaign together in the series since 2015.

Four-time title winner Adam won the first of his championships alongside Howard for Beechdean that season, and the pair joined forces again in 2020 for the Brands Hatch round, running a retro 2011 livery and finishing ninth.

Reigning champion Adam was originally due to contest the full season with TF Sport, before it withdrew its GT3 entries in the wake of the coronavirus pandemic, and Beechdean also scaled back its campaign.

They would have both won the 2013 title as well, but Adam picked up a points penalty for contact at Snetterton mid-season, meaning only Howard was crowned champion.

"That mid-season outing at Brands has really fired me up to have another go at the British GT title with Jonny next year," said Howard.

"I knew he'd be in-demand so we agreed everything long before 2020's campaign was over. 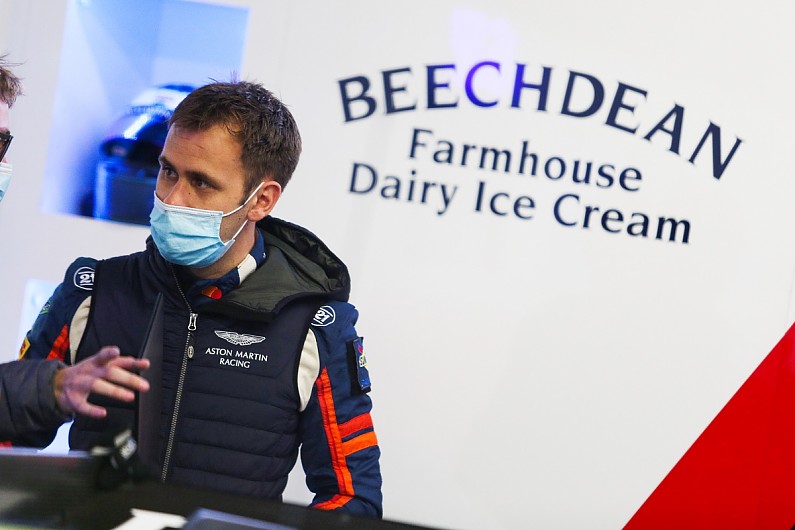 "There was talk then about the class structure moving back towards Pro-Am from Silver-Silver, and SRO's subsequent changes should really put us in the championship mix again.

"There's a great level of competition and a feeling of genuine accomplishment when you do well against the other crews.

COLUMN: The impending British GT change that has split opinion

"I am really looking forward to getting stuck in again and rekindling some of the old magic with Jonny who I know is also itching to get back out there following his enforced sabbatical this year."

One of Adam's targets for 2021 is regaining the record for most wins in the series from Phil Keen - who is moving to the WPI Motorsport team from Barwell.

"I should be humble and say seeing Phil take the record this year didn't bother me, but of course it did a bit!" Adam said.

"I've been busy in WEC and elsewhere but have also kept one eye on what's been happening in British GT, and of course ended up doing a couple of rounds with Andrew and Alex West anyway."