American Kaylen Frederick has claimed the BRDC British F3 Championship title in the final race of the season at Silverstone.

The Carlin driver took a dominant lights-to-flag victory on Sunday, having only needed to finish the final race of the season to beat main title rival Kush Maini to the crown.

While Frederick pulled away from the chasing pack at the start, fellow front-row starter Maini - who needed to win the race with Frederick retiring to take the title - had dropped to fourth by the end of the opening lap and lost two further places during the 10-lap encounter on the Silverstone Grand Prix Circuit to finish sixth.

Frederick has been the dominant driver in British F3 this season, taking nine wins in his sophomore British F3 campaign with Carlin from 24 rounds and headed into the final meeting of the year with a 13-point advantage over Hitech GP's Maini.

Despite taking more wins, pole positions and fastest laps than anyone else this season Frederick did trail Maini by 54 points at one stage, having had a disastrous weekend at Brands Hatch in August where he scored just seven points from four races.

"I don't think it [winning the title] will settle in until tomorrow morning to be honest, I'm just still fresh from that [last] race, the adrenaline, but it's definitely a massive relief," he said.

"We've been working really hard to make up some ground that we lost at Brands and then we pulled ahead by a solid margin this weekend.

"We knew we had the pace the entire year but just eliminating those small mistakes is what we had to do. We showed our potential and the amount of work that we've all put in to get ourselves here. It's just really nice to show it." 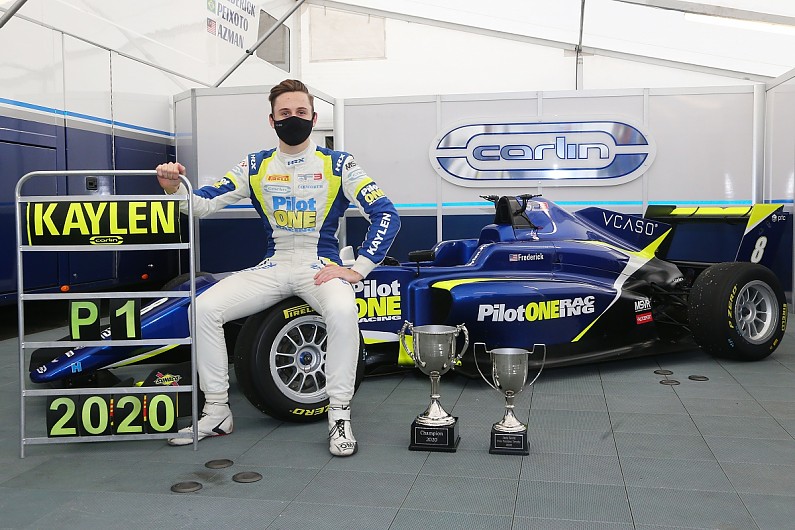 Earlier on Sunday, Frederick had finished 12th with Maini 17th in the full reverse grid race after both drivers started on wet tyres which quickly struggled for grip on the drying surface, with Double R's Benjamin Pedersen taking victory from Bart Horsten and Nazim Azman.

Frederick had already won the opening race of the weekend on Saturday, having squeezed Maini towards the pitwall on the run to Copse at the start - for which he was given a verbal warning after the race - as Maini finished third behind Ayrton Simmons who returned to the championship for the final round with JHR.

Double R's Louis Foster, Douglas Motorsport's Ulysse De Pauw and Carlin's Azman were also in title contention heading into the weekend, but all three were mathematically out of the running after the opening race of the weekend on Saturday. 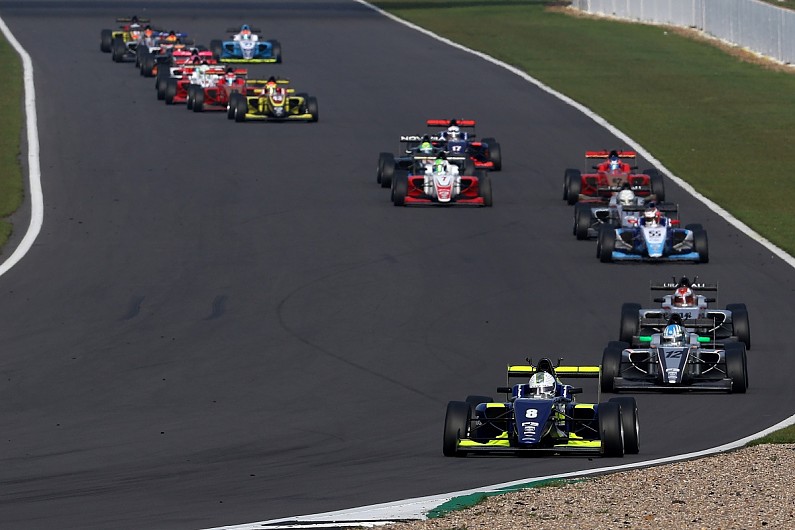