Motorsport UK has unveiled a new investment strategy for the future in a bid to promote the sport more, but clubs are concerned by an increase to event permit fees.

British motorsport's governing body - which rebranded in 2018 - has revealed a raft of changes for next year as it tries to simplify its structure and raise additional income to allow it to reinvest more into the sport.

It is seeking extra income to not only increase promotion but also offer more education and training initiatives, as well as to fund future innovation projects.

By investing in these key areas, Motorsport UK hopes to try to secure the future of motorsport in the UK against a backdrop of reducing numbers of licence holders and an aging demographic of participants.

Motorsport UK also intends to offer more to members and has already launched a range of discounts and offers.

It has also scrapped licence fees for officials, taken away the requirement for all drivers aged between 45 and 60 to have a medical to receive a licence, and increased the amount of personal accident insurance cover that is included with a licence.

In order to help fund the investment strategy, Motorsport UK has sought to raise additional income from a number of sources, including from licence fee and event permit fee increases.

The organisation has tweaked its licence structure - adding in a free of charge grassroots RS Clubman licence - and circuit racing licence fees have increased between 3% for some of the International licences and 55% for the new Interclub (formerly National B) licence.

These increases have also been replicated in other disciplines, like rallying.

Almost all event permit fees - the amount clubs have to pay to Motorsport UK per entry at each event - have also increased by a standard £5.

For the larger clubs, the fee is expected to represent a five-figure rise in permit fees paid to Motorsport UK. 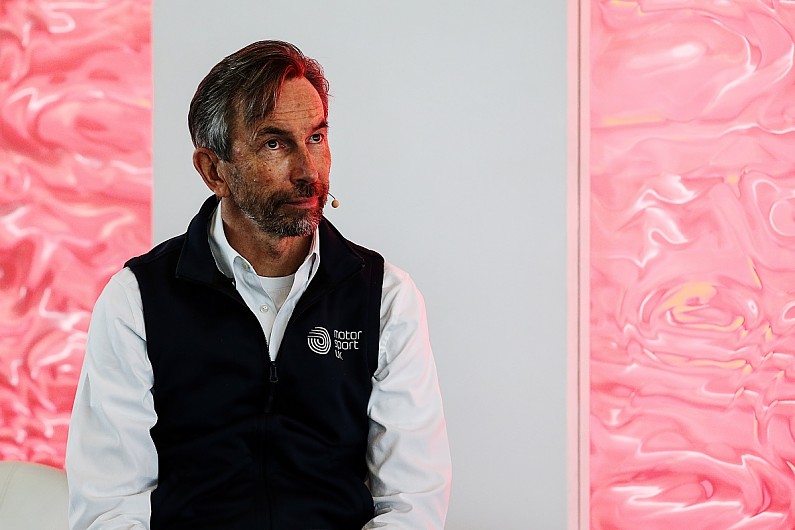 "We studied the challenges very carefully, and concluded we need a fresh approach and a five-year plan to reinvest in the sport," said Motorsport UK CEO Hugh Chambers.

"This will involve a rebalancing of the economics, and in time, the diversification of revenues away from our current reliance on the competitors.

"In the short term we have new initiatives that will bring money into the sport and ease that burden right away."

Racing clubs can understand the change in licence fees but are worried about the impact of the increase in event permit charges.

"Motorsport UK is actively working to try and promote the sport but they are using the hard-earned cash of people that have been supporting the sport for years. It's the clubmen that are being hit pretty hard.

"An increase in entry fees is a small percentage in the budget of circuit racing but increases in fees become a barrier to people competing in motorsport - it's such an emotive topic.

"I fully understand the other side of it. A competitor may spend £1000 on new tyres to go a tenth of a second quicker and they also moan about an increase of £10 in entry fees, but that's the competitor's choice."

"I can see a lot of logic in the licence fee changes because of the benefits competitors can get in return. "

"The permit fees is a completely separate issue. It will hit us quite hard in terms of the amount of money we have to give to Motorsport UK."