For much of the 12-hour Race of Remembrance there looked - barring failures - only one winner.

The Rob Boston Racing Lotus Elise, driven by Boston and Peter Mansfield, was on another level at Anglesey in the Mission Motorsport charity's annual event.

From pole, it had a lead of 50 seconds over its next challenger, having done one mandatory pitstop more, after Saturday's six-hour first segment.

Then in the Sunday's second half - in bright sunshine - it streaked away further. Even the Lotus unreliability bugbear was absent - the car's only problems were a slow puncture at the end of Saturday and a small and temporary handling deficiency after contact with a Honda Civic.

That was until 20 minutes to go, when Mansfield - supposedly bringing the car home - appeared in the pits.

"We'd done everything, crossed the Ts, dotted the Is, raced pretty much exactly to plan," explained Boston, who was a Ginetta GT4 Supercup frontrunner before becoming a title-winning team boss.

"Then we had a radio call from Peter saying he'd lost the brakes!

"The car was fine and safe [after inspection in the pits] so we just said 'manage it to the end'. It wouldn't be all the fun without all the drama..." 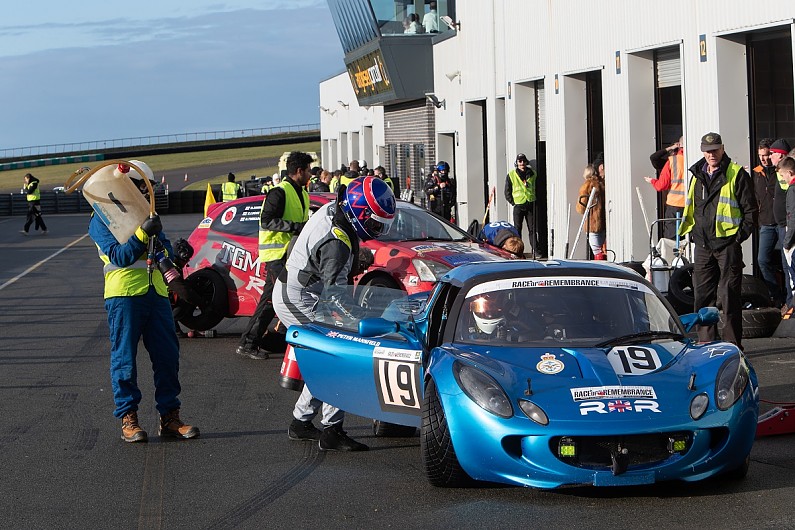 Mansfield rejoined with his hobbled car and two laps over second place and four on the next car competing for the Heroes Trophy. And late heartache was averted as Mansfield was still a lap clear come the end.

It also was a turnaround from last year's event, when the same pairing, then with John Munro, started from pole but the Elise expired after just nine laps.

"It was just a 50p oil seal that popped itself out," Boston added. "This year we'd changed a couple of key parts to make sure we didn't have any issues, and it went swimmingly."

"It's his main event of the year, it has a lot of meaning to him," Boston said.

The Elise has been racing since 2002 and this was its first win in this event after several tries.

"It's been everywhere, done everything, been in all the paddocks," Boston said. "This will be the pinnacle of its life - in race car age terms, it's a bit of a grandad!"

GPW Racing - Pete Walters, Geoff Price and Lee Bristow in Caterham 310Rs - finished second as the first relay team home. Though, unlike last year, it didn't get the relay win as this is now based on a handicap. Solo64's Caterham 270R trio of Ryan Hooker, Will Rossetti and Giuseppe Felet won on that basis.

The Elise's most tangible threat was the unlikely TWP Racing Mazda MX-5, from a team of Wrexham Glyndwr University students with Nick Dougill, Munro and Brad Philpot driving.

The MX-5 had amazing pace in Saturday's wet conditions; Philpot jumped nine places on the first lap and the car led for a time. 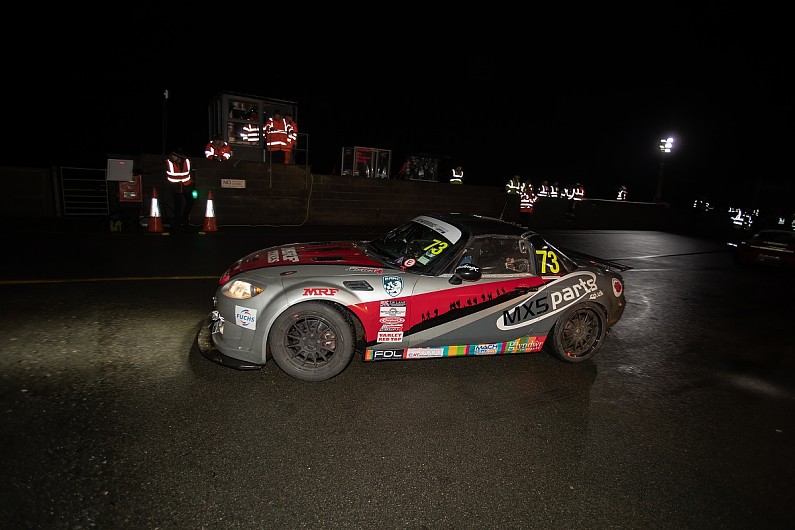 "That was a little bit unexpected," Philpot admitted. "I was looking around at some of the drivers next to me on the grid and some of the cars, and expecting a bit more of a fight.

"But our car worked very, very well in those soaking wet conditions and I felt extremely comfortable."

Philpot's involvement was 11th hour, and completed a clean sweep of wins for him in 2019 after a 100% success rate in his VLN programme.

"I was just about to get a haircut on Wednesday after work and got a message from Jon [Earp, organiser] asking if I was available," he said. "I finished work on Friday morning and rushed straight here to get here in time for qualifying - I just about did!

And even with Sunday being dry, the MX-5 took a clear class victory, in fifth overall and third in the Heroes Trophy. There was no shortage of emotion in the garage, particularly from team manager and event founder Earp.

"For him to have been through it all in creating the event then starting this team with the university students," Munro outlined.

"To have them build a car that is so fantastic to drive in wet and dry conditions that we can compete for overall victory and win the class by such a large margin is just a credit to him and all the students involved. 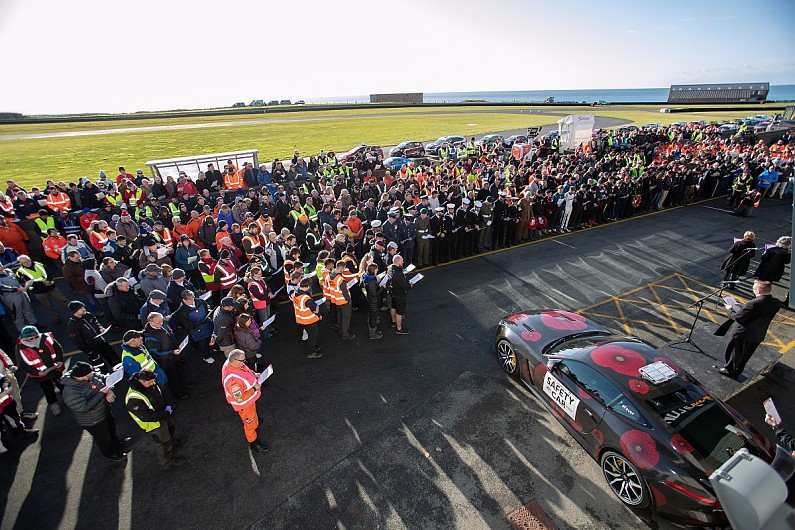