The British GT championship has secured a record 38-car entry for 2019, including 14 GT3 cars in the top class entered by seven manufacturers.

Run by the Stephane Ratel Organisation since 2005, the championship boasted grids of 36 in 2018 and 2014, although last year only 10 cars committed to GT3, with the rest in the secondary GT4 class.

GT3 entries had dropped to a nine-car grid to end 2017, but this year, five brand new cars will run in the series, while a sixth is entered for the first time.

Among those are four examples of Aston Martin's new V8 Vantage GT3 and a single McLaren 720S GT3, which only made full competition debuts at the Gulf 12 Hours in December.

The BMW M6 GT3 that has competed in the Blancpain GT Series Endurance Cup will also make its championship debut with Century Motorsport, with GT4 champion Jack Mitchell among its drivers.

The only GT3 car that has contested British GT before, the Mercedes-AMG GT3 which debuted at Spa in 2016, is represented by Team ABBA Racing and series returnees RAM Racing, which topped the morning session on the media day with 2007 British Formula Ford champion Callum Macleod. 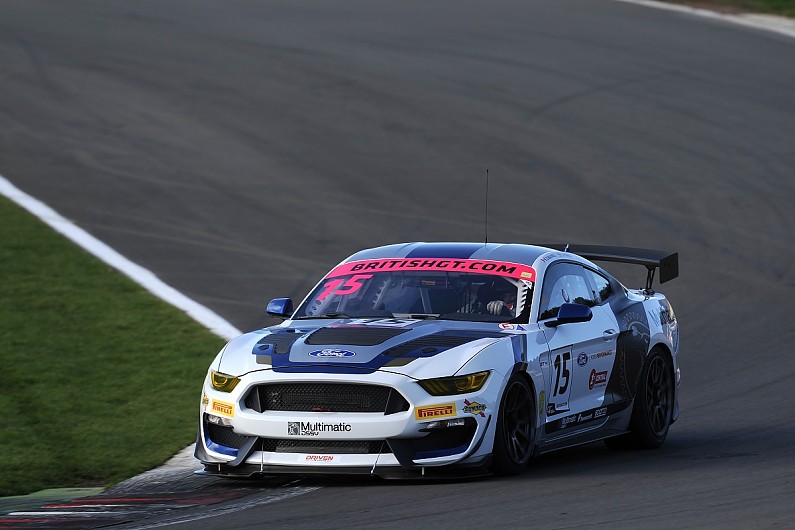 The GT4 class has 23 cars from eight manufacturers, including four new cars to the series.

These include the Ford Mustang GT4 (pictured above), two of which will be ran by car builders Multimatic Motorsports, seven of the new Aston Martin V8 Vantage GT4s, a Porsche Cayman GT4 Clubsport and a Reiter Engineering-built KTM X-Bow GT4.

British GT general manager Benjamin Franassovici said: "The response from existing and new teams and drivers has once again surpassed our expectations.

"We previously limited ourselves to a maximum of 36 full-season entries but the unprecedented level of demand since registration opened last October has required us to re-evaluate.

"GT4 remains as popular as ever and I'm delighted to welcome so many new teams, drivers and cars.

"Greater capacity would have seen us break 2018's class records, but we should still be extremely pleased to have matched the same number of entries and manufacturers.

"[In GT3] it's the abundance of new models that has impressed and excited me the most.

"Investment like this demonstrates our teams' commitment to and belief in British GT, as well as again proving GT3 and GT4's status as the most suitable platforms for amateur, young and professional drivers alike."