One of McLaren's new 720S GT3 cars will be raced in the UK this year by British GT Championship squad Balfe Motorsport.

Balfe, which had already confirmed a return to the GT4 division with a 570S GT4 for Michael O'Brien and Graham Johnson, will enter the new car for team co-owner Shaun Balfe and McLaren Automotive factory driver Rob Bell.

Balfe and Bell won the 2017 International GT Open Pro-Am championship together and completed a part-season in British GT last year in the previous generation McLaren 650S GT3, which was interrupted by a big crash for Balfe at Rockingham.

Bell has been instrumental in developing the 720S GT3 alongside Joe Osborne and Ben Barnicoat, but missed out on the car's race debut at the Gulf 12 Hours in December due to the birth of his second child. 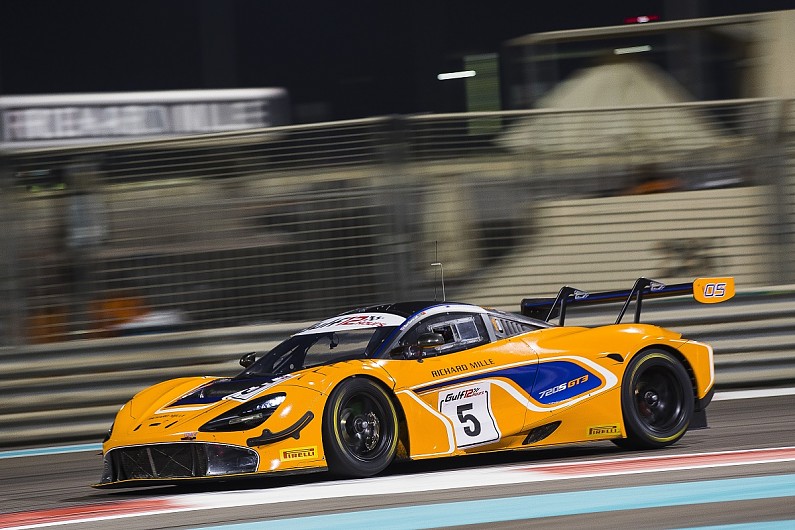 He told Autosport that McLaren was "happy with what we've done so far" on the new car, with developments focused on improving the car's drivability over the 650S, but admits that racing it in British GT will be "unchartered territory".

"It's a new product and there will be some quirks to it that we don't know about yet when we go racing, so that will be difficult for us, but that's something I enjoy because you've got to graft for your performance and that's something we all thrive on," he said.

Autosport understands Balfe will receive staffing support from McLaren Automotive to help the team get up to speed with the new product.

Spanish squad Teo Martin Motorsport, a regular in GT Open, and Le Mans-winning outfit Team Goh, which plans to enter the car in the Super GT GT300 class, are the only other teams confirmed to run the new car so far.