The BRDC British Formula 3 Championship will keep its current car for next year amid uncertainty surrounding the FIA's Regional F3 concept.

MotorSport Vision, which operates the championship, had explored the possibility of becoming an FIA Regional F3 series and switching to a new halo-fitted car for 2019.

But with the FIA yet to make a decision on Europe's Regional F3 series and time running out for British F3 teams to prepare for next season, MSV has decided to keep the current Tatuus-Cosworth car that was first introduced in 2016.

Ex-Formula 1 driver Jonathan Palmer, chief executive of MSV, said: "I'm pleased to confirm that we will continue with our existing chassis, engine and technical arrangement next year.

"BRDC British F3 is the most cost-effective series of its type in the world and provides the perfect platform for drivers to gain experience and put themselves in the spotlight in a globally respected, great value championship.

"The BRDC British F3 Championship has been the strongest and best-subscribed single-seater category in this country since its inception, and we fully expect that to continue next year."

Started in 2016 in place of the BRDC Formula 4 Championship, British F3 has provided a career launchpad for a number of young talents including '19 McLaren F1 driver Lando Norris and current IndyCar driver Matheus Leist (pictured), who won the British F3 title in its first season. 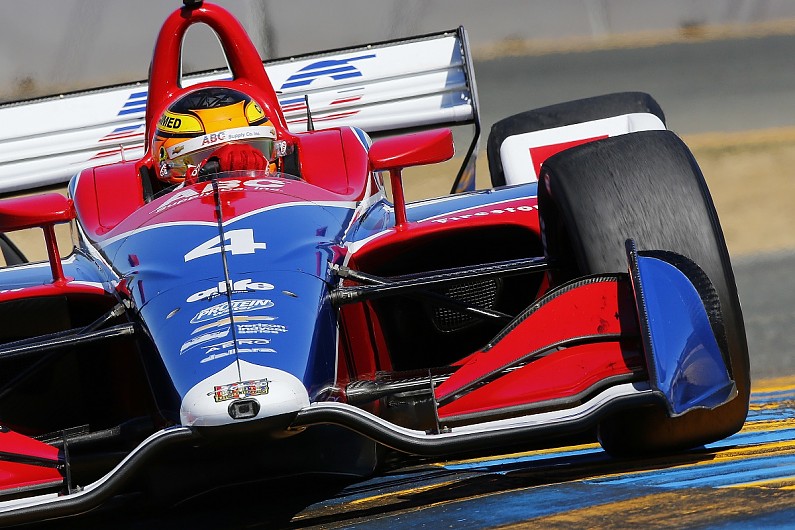 The series has shared a calendar with the SRO-run British GT championship since its creation and at the latest round last weekend at Donington Park a season-high 20 cars were entered.

The championship is likely to lose the right to use the Formula 3 name from next year because it has opted against becoming a Regional F3 series.

Giles Butterfield, MSV's group operations and engineering manager, said: "It's not certain yet [on the name], we don't know if it's 100% sure [that we can't use the F3 name].

"In the next eight, nine, 10 months we'll evaluate what we will do in 2020. "We should have a really strong grid next year. The driving level in the championship this year is at a very high level.

"The British F3/British GT partnership with SRO works really well and we want to continue it. We'll be looking to announce a 2019 calendar shortly."