Rick Parfitt Jr will defend his British GT Championship title this year with the Team Parker Racing Bentley GT3 squad and will be joined for 2018 by Ryan Ratcliffe.

Parfitt lifted last year's title alongside Seb Morris, but Team Parker was forced to search for a driver to partner him after Morris moved on to chase opportunities in Europe.

Ratcliffe will now step in to partner Parfitt, marking a reunion of the partnership that won the British GT4 title in an Optimum Motorsport Ginetta G50 back in 2013.

Ratcliffe has since gained GT3 experience with both the Triple Eight BMW and AmD Tuning Mercedes teams.

"Ryan's like my surrogate brother," said Parfitt. "We raced against each other in Ginetta GT5s, and then with each other and were champions in GT4 so we know each other so well and are great friends.

"I had a lot of offers from drivers to share with them this year - both professional and amateur - but Ryan was the natural choice. 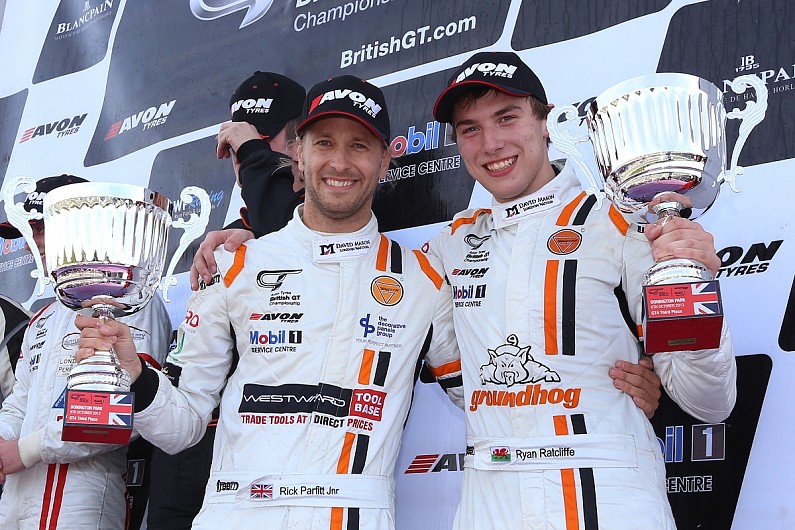 "He's a hugely talented driver and incredibly fast, but I don't think he's really had the environment to show that yet.

"At Team Parker we can give him that environment and I reckon he'll surprise some people this year."

Parfitt ruled out the possibility of Team Parker running the new version of the Bentley Continental GT3 this year.

The new car will be used by Bentley's factory GT teams from the start of this year, but will not be made available for customer teams until June at the earliest.

"We'll start the year with the old car as we know it'll be competitive and we have all of the data for it," added Parfitt.

"Switching to a new car mid-season is notoriously tough as you're learning under pressure, particularly if you're in the title picture."

Parfitt and Ratcliffe are currently the only Bronze-Silver graded driver pairing confirmed for British GT3 this year, with most crews consisting of a Bronze amateur racer and either a Gold or Platinum pro.

"Ryan and I are a driver pairing that will grow and develop, and consistency is the key in British GT, not just outright speed," said Parfitt.

"There's so many brilliant Pros signing up for this year that it could well get a little messy at the front of the pack, so if we're boxing clever the chances could still come for us

"We wouldn't be doing the championship if we didn't believe we could still win."

Team Parker Racing also announced on Tuesday evening that Callum MacLeod and Ian Loggie will continue to race its second Continental this year.