Watkins Glen will drop off the NASCAR Cup Series schedule for the first time since 1985 and be replaced by the Daytona road course, the series' latest schedule update reveals

The former Formula 1 venue in New York has been a staple of the calendar for over three decades, and was due to stage this year's event on the weekend of 14-16 August.

But restrictions instituted recently by New York State require travelers from several COVID-19 "hot spots" - including North Carolina - to quarantine themselves for 14 days upon arriving in the state.

That made the planned race weekend untenable for NASCAR teams which are predominantly based in Charlotte, North Carolina.

It has now been replaced by an additional race at Daytona International Speedway on the road course that stages the Daytona 24 Hours in January.

The NASCAR Truck Series has also been added to the support package for the weekend alongside the Xfinity and the ARCA series that were also due to race at Watkins Glen.

The latest schedule also revealed that the Cup Series will stage two further double-headers at Michigan International Speedway on 8-9 August and Dover Raceway on 22-23 August, before returning to Daytona the following weekend on the 2.5-mile Superspeedway.

It was announced last month that the showpiece All-Star Race later this month will be held at Bristol, moving away from Charlotte for only the second time since it began in 1985, due to high cases of COVID-19 in the state. 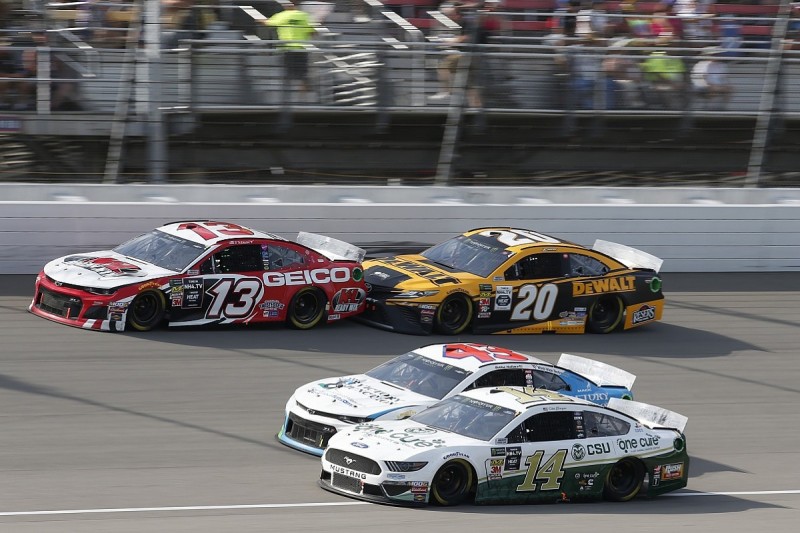 NASCAR's modified event procedures and protocols have been finalised in accordance with public health officials, medical experts and local, state and federal officials.

NASCAR will determine if fans are allowed entrance to Cup races on a market-by-market basis, in accordance with local and state guidelines.

It was the first race to take place without seven-time series champion Jimmie Johnson, who broke a 663-race consecutive start streak after testing positive for COVID-19, since the 2001 season finale at New Hampshire 2001 won by Robby Gordon.

Johnson was replaced by Justin Allgaier, but will return to action at Kentucky this weekend after passing two separate tests.

The NASCAR experiment that could teach F1 a lesson