Truex's success at Fontana was his first win of 2018 and he swept all three stages in a show of dominance reminiscent of the form that proved to be the foundation of his title run last year.

The Furniture Row Racing driver finished 18th at the Daytona 500 season opener but has since finished inside the top five in the following four races.

Truex now tops the Cup standings with 216 points, seven ahead of 2017 title rival Kyle Busch and 46 ahead of eighth-placed Harvick who suffered a dismal Fontana race.

When asked if dethroning Harvick was important, Truex said: "Honestly, it just feels good to win.

"I don't really worry about who's winning, who else is fast. Obviously, the #4 [Harvick] has been quick.

"They've got a great team. Kevin is an awesome driver. They had it going on the last couple weeks.

"As we [have] seen today, we can put together a run like that as well. I think most of all it feels good we're able to find that speed we've been looking for the last couple weeks.

"We've been close, but not quite close enough. We knew we were off a bit, so it wasn't a surprise that we weren't winning.

"Today I felt really good about what we had. It was really fast. It's just kind of reassurance that what we're doing is working." 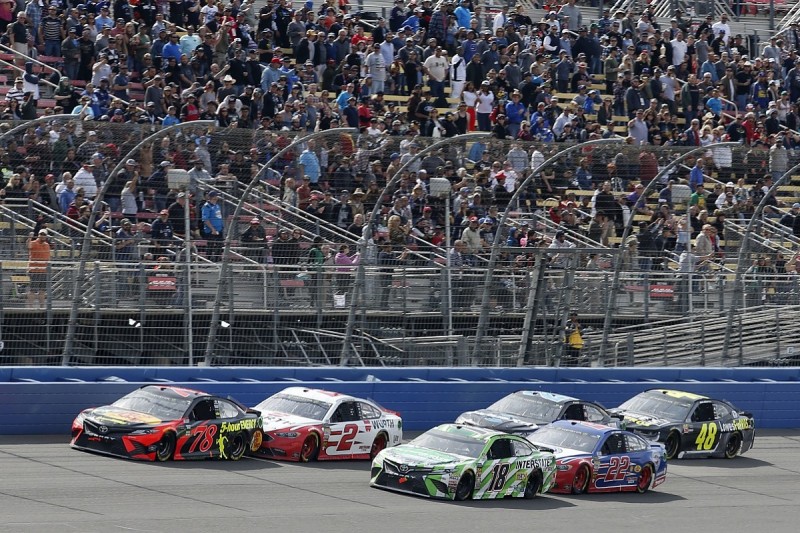 Truex took his first victory in 2017 two races earlier than he did in the current campaign but said getting an early win on the board was key to his title defence.

"To win early in the season is really important, for that momentum, that confidence as a team," he said.

"It just kind of reassures you what you're doing is working and you can continue down that path.

"It worked great for us last year. Hopefully, we can take advantage of it again."

Having won the regular season last year ahead of taking the title at Homestead, Truex said it will be a target for 2018 too.

"Winning the regular season for us last year, it's a big confidence booster," he said. "Honestly, it means a lot to a team.

"We've heard other guys talk about it before, Harvick in particular. It's a huge accomplishment to win the regular season points.

"It's so difficult to come to all these different racetracks, be consistent week after week, deal with all the things that racing can throw at you."

Harvick's wins an anomaly for 'so-so' Ford in NASCAR - Keselowski