Johnson has a contract until the end of 2020, but after testing a Formula 1 car alongside Fernando Alonso last year, Johnson reaffirmed his interest in contesting an IndyCar road-course race, the Indianapolis 500 and GT races.

However, despite going winless since 2017 in the Cup Series and failing to make the NASCAR playoffs for the first time since the format was introduced in 2004 this year, Johnson says the "fire" remains.

Johnson appeared on the Dale Jr. Download podcast hosted by his retired ex-Hendrick team-mate Dale Earnhardt Jr. When asked what more does he want to achieve in NASCAR, Johnson replied: "I don't know.

"That's a question that's been asked a lot and I think in the next four to six months, I'm sure Mr. Hendrick's going to be pushing on me for an answer!

"So I know that's out there, but if I'm forced to make a decision, I'm choosing more years. I'm not done yet. That fire's way too intense. 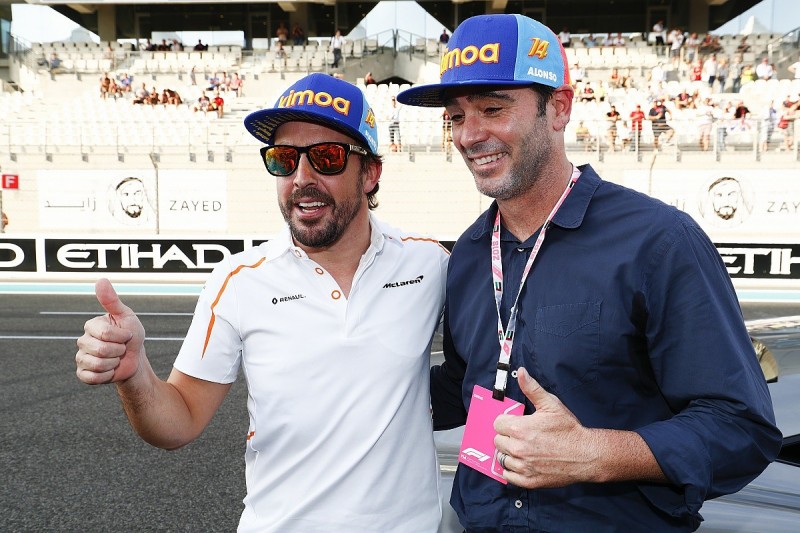 "Another interesting thing is, along the way I've been able to build friendships with Rusty Wallace, Mark Martin, Dale Jarrett, yourself, Jeff Gordon, Tony Stewart.

"You guys may not have noticed but I've asked questions, just trying to gauge how I feel about the years that I have left, and what signs I need to have to step down.

"And it's all led to, 'Don't give up, don't stop, don't quit until you feel fully satisfied."

Alluding to a possible single-seater switch in the future and his F1 test, Johnson - who has the equal most number of top-line NASCAR titles alongside Richard Petty and Dale Earnhardt Sr with seven, and has the sixth highest number of wins with 83 - said his driving style wasn't suited to stock cars.

"I just think my driving style isn't ideal for a big heavy Cup car," he added.

"And hopping in that Formula 1 car and having that chance to match Fernando's lap time as I did in Bahrain, was an eye-opening experience for me.

"Like maybe on a road course, those [types of car] fit my style a little bit more."