Rockenfeller saw "pretty much everything" in NASCAR debut

2010 24 Hours of Le Mans overall winner Mike Rockenfeller got a taste of just about everything NASCAR racing has to offer in what he described as a “wild experience” for his Cup Series debut.

Rockenfeller made his first Cup race start on Sunday at Watkins Glen, driving the #77 Chevrolet for Spire Motorsports.

Already in an unfamiliar setting, the German road racer got to experience NASCAR’s version of racing in the wet before the track dried out, ran near the front early in the event and even duelled with former Formula 1 world champion Kimi Raikkonen on the track.

Rockenfeller made contact with Tyler Reddick in the inner loop on lap 32 of 90 that knocked him off pace and a late pitstop for fuel dropped him to 30th in the final running order but still on the lead lap.

Despite the challenges – which included starting the race on wet weather tyres and having to change to slicks under green-flag conditions – Rockenfeller seemed to relish the experience.

“In all my years of racing, my NASCAR Cup Series debut was up there when it comes to being a wild experience,” he said. “However, all of the challenges we faced really helped me get up to speed much quicker than expected with the car and the team.

“When the race started after the delay, the track was incredibly slippery, and the racing in NASCAR is so intense and close. I also had a collision with Tyler and was running with the leaders at one stage.

“It was a race of pretty much everything!” 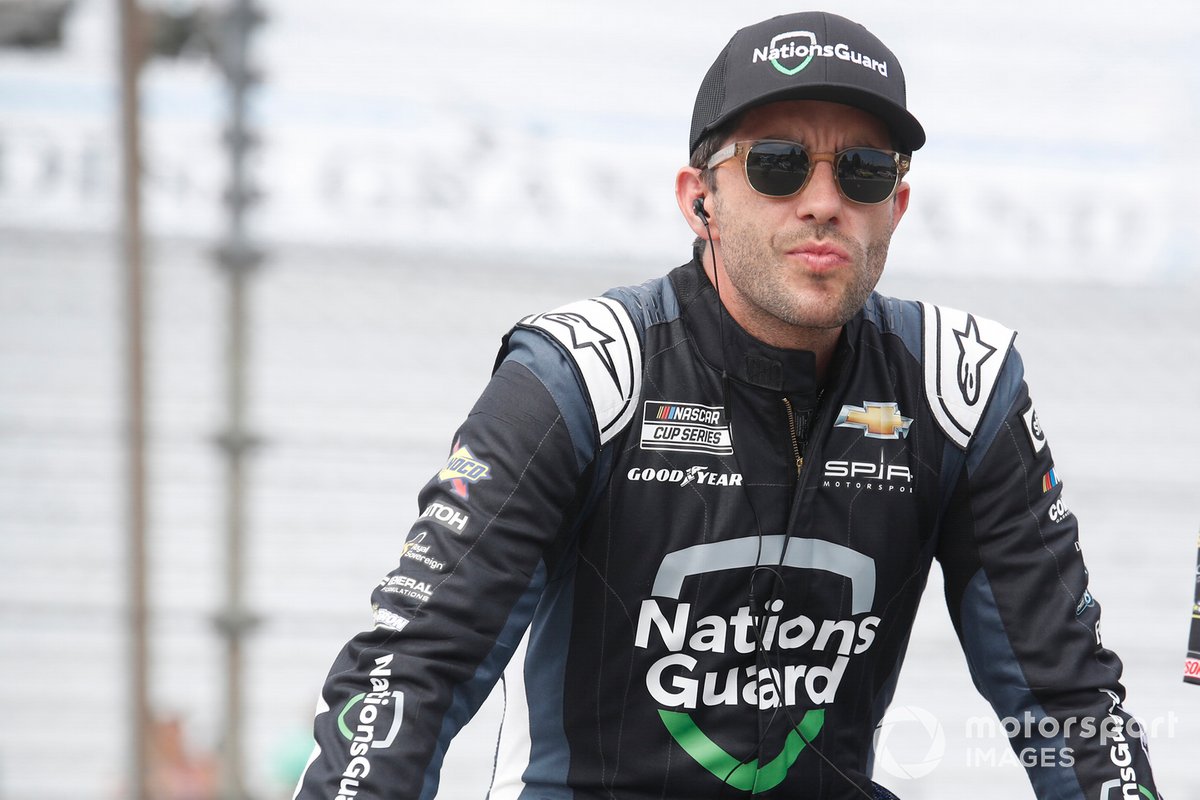 Rockenfeller was especially thankful to Spire for giving him the opportunity to compete and has one more planned race with the team this season on 9th October at the Charlotte Roval course.

“If you’d have told me ahead of Watkins Glen that I would have run as high as fourth, then I’d have not believed you,” he said. “You’ll never win a race in your first time out in the NASCAR Cup Series, but I really think Spire Motorsports and myself exceeded the targets we set ourselves.

“I’m genuinely excited for next time out, because that was some of the most fun I’ve had in a race car for a long time.”