Kimi Raikkonen will make his first racing appearance since retiring from Formula 1 when he enters a NASCAR Cup Series race at Watkins Glen in August.

Raikkonen will join up with Trackhouse Racing for the road course race at Watkins Glen on 21 August, driving a Chevrolet Camaro ZL1 alongside team-mates Daniel Suarez and Ross Chastain.

It will mark Raikkonen’s first outing in a motorsport event since he called time on his 20-year F1 career last December with his final appearance for Alfa Romeo at the Abu Dhabi Grand Prix.

PLUS: Why Raikkonen won't miss F1

The 2007 F1 world champion has history in NASCAR, taking part in one Nationwide Series - now known as Xfinity Series - race and one Truck Series race in 2011 with Kyle Busch Motorsports during his sabbatical from F1.

Raikkonen explained that he was not initially looking at any racing “in a very serious way” after quitting F1, only for talks to accelerate with Trackside Racing and lead to the entry for Watkins Glen.

“We had more talks about it, how would it work, where the race would be, and all sorts of other things,” Raikkonen said.

“There’s a lot of things involved, and it all made sense for me. It’s one race, so it made sense for all of us as a family. I always enjoyed it when I had my few races [in the United States].

“Hopefully we have a good race and good fun. Obviously it’s a new car and I’ve never been at the track. But I’m sure we can figure it out.”

Raikkonen’s entry with Trackhouse Racing comes as part of the team’s Project91 initiative, which is looking to expand NASCAR’s reach by dedicating its #91 car entry to international racing drivers.

Alongside Chastain and Suarez, Trackhouse will have three drivers from three different countries for the race at Watkins Glen.

“I’ve been a big fan of Kimi’s for a long time, I’ve followed his career since he started in Formula 1 with Sauber,” said Trackhouse owner Justin Marks. 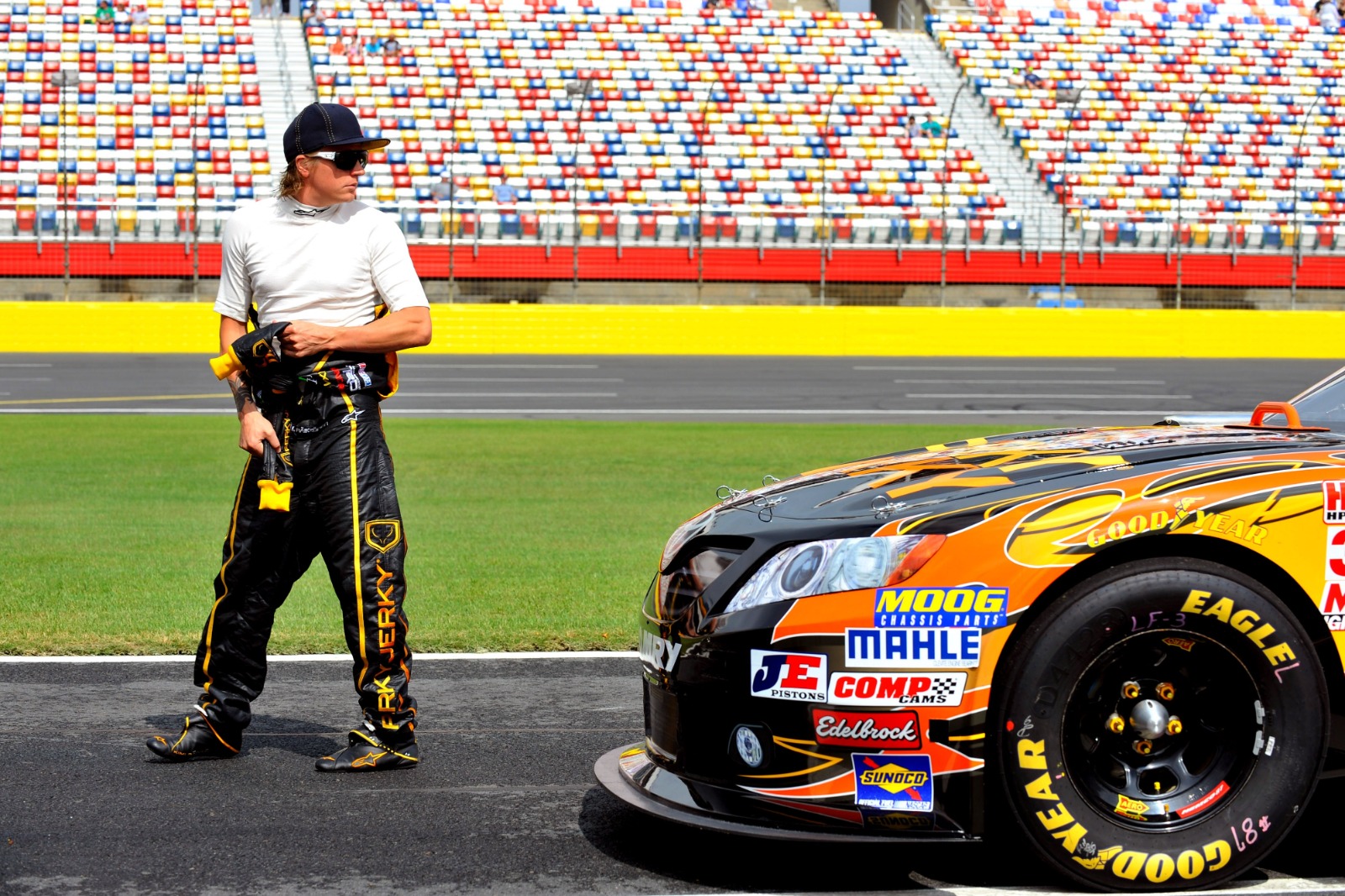 “One of the cool moments of my career being a Formula 1 fan was being able to race against Kimi in a Cup series race in Charlotte in 2011.

“I knew he had an interest in NASCAR, and that he’d done it before, and thought that if I explained to him what this project was all about, he’d be interested in being a part of it.”

The plan for Raikkonen will be to go to the United States with enough time before the race in order to complete a test in the Chevrolet car, as well as driving the team’s simulator.

Marks visited Raikkonen at his home in Switzerland to talk about the deal and “sold the whole thing well”, according to the Finn.

Raikkonen said although there were opportunities to make his racing return earlier this year, he wanted to give enough time to prepare for the Watkins Glen Cup race.

"There were obviously options to do more this year, but I think it all came a bit too quickly, to try to do it as well as we can on all the sides,” Raikkonen said.

“I think it was better to wait until this race, so we can prepare for everything and at least have done the work 100% right and what the outcome is, nobody knows. We’ll at least give ourselves the best chance that we can.

“What comes after that? I don’t know, nobody knows. We’ll try to do a good race there and enjoy it, and see what the future brings. I have no other plans.

“That’s what I have right now, and we’ll go from there.”