Penske promoted Blaney to its team in 2018 after he had driven for the closely aligned Wood Brothers outfit, winning its first race since '11 at Pocono last year.

He began his first year with Penske with victory in one of Daytona's 'Duel' qualifying races and dominated the Daytona 500 by leading the most laps of the race before crashing out due to a puncture.

Penske had endured a slow start - before Brad Keselowski's hot streak heading into the playoffs - and Blaney was on the bubble of exiting the championship fight at the first stage ahead of the Charlotte race.

He now lies eighth in the standings going into the 'round of 12', with Penske adamant he's well placed to progress further.

"For him to get in the playoffs, this next stage, is monumental for his career, and I think his confidence," Penske said.

"In fact, he said to me in victory lane: 'Look, I can really go in this stage [round of 12],' because he likes those tracks." 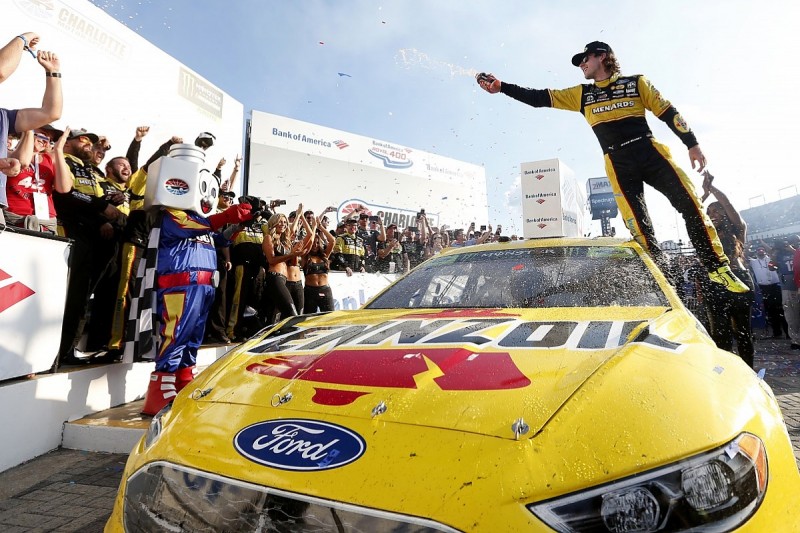 Blaney admitted he was nervous about his round of 16 chances because it included tracks he was not comfortable with.

"We were most nervous about round one. There were some tracks in there that weren't very good for us," he said.

"Richmond we've struggled at, and [at the Roval] you just didn't know what was going to happen.

"We didn't have the best day at Las Vegas, which is usually a good track for us.

"But second round, hopefully it goes well, [they are] just good tracks for us.

"Even though [Talladega] is a wildcard, I think our speedway stuff is OK, so hopefully we can just stay out of trouble there."