Charlotte track owner Speedway Motorsports Inc is unlikely to try to duplicate the Roval concept at its other NASCAR Cup venues, despite the success of last weekend's race

The first Cup round on the 1.5-mile oval's 2.28-mile infield road course featured a highly-dramatic finish and an increase in both crowd size and the television audience.

While SMI CEO Marcus Smith said the Charlotte Roval race had been "incredibly exciting" and that the "roar from the fans was all I needed to know", he played down the chance of any of his company's other venues adopting the format.

He said he had faith that NASCAR's oval races would become more entertaining next year with the planned aero changes.

"Certainly I'm not looking at any of our [other] properties to add a road course into," he said.

"I feel like this is unique to Charlotte, and we've got other speedways out there that produce their own unique action.

"Plus on top of that, I'm really excited about all the things I'm hearing about next year's racing with the new aero and power package. I think it's going to be fantastic for the whole sport." 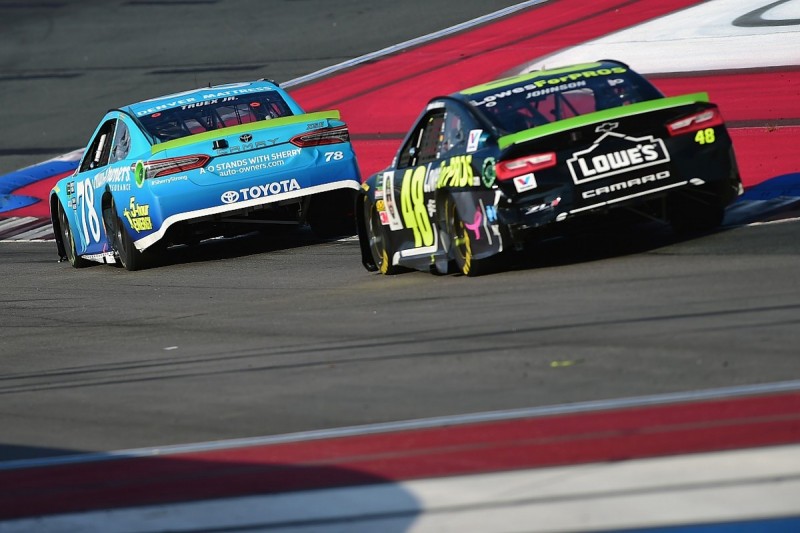 Though SMI is unlikely to create further Rovals, Autosport understands other oval tracks on the NASCAR calendar are considering the possibility.

Some circuits that have two dates on the Cup schedule are particularly interested in converting one of those events to a Roval.

Most NASCAR ovals also have infield road course layouts, but the majority are not currently up to the standard and specification required to host a Cup round.

NASCAR used Charlotte to trial elements of the planned 2019 aero package during the non-championship All-Star race in May.

Changes to front air ducts, restrictor-plates and spoilers were tried, and were considered to have increased the entertainment level in the race.

NASCAR is expected to announce this week that it will use a form of that package at several of its intermediate-size ovals next season.

"Going forward, Charlotte Motor Speedway is a track where fans can see some of the most unique and special racing in the world with NASCAR's All-Star race, the 600, and now the Roval 400," Smith added.

"I think that we are doing some good things in the whole sport, and I'm really proud that Charlotte Motor Speedway can be a big part of that."