The series announced last month that races in its top three championships would now be broken into three segments, with bonus points awarded to the top 10 cars at the end of the first two parts, and a revised scoring system for the final result.

Extra 'playoff points' will also be available, that can then be carried through to the late-season championship battle if a driver qualifies for what was formerly known as the Chase.

Speaking in the first of a new weekly series of Penske features on Autosport's sister title Motorsport.com, Geisler said the changes have been a big topic for discussion ahead of the new season.

"NASCAR has changed the goalposts a little bit on what's important," he said.

"We've had a lot of discussion with our crew chiefs, the race engineers and our pit crews about how the changes can impact them.

"We've tried to talk through how we'll strategise through the race, in relation to the pit calls we make but also in how we develop the cars." 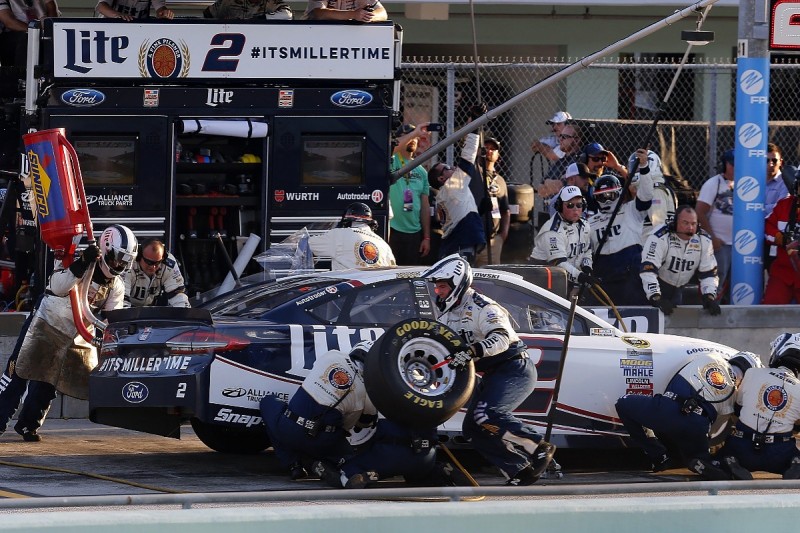 Geisler said splitting the race into segments could have the biggest effect when teams believe they are not in contention for a top result at the finish.

"It's going to be very situational - you're going to look at each race differently," he added.

"You still get five more [playoff] bonus points for winning the race instead of the segment.

"You may get to that second segment and the way your weekend has gone, winning the race may not be possible - then maybe you gamble and try to win the segment to get that bonus point.

"Your strategies will evolve throughout the weekend as you learn what kind of car you have.

"That will make a much more dynamic environment for guys to call races."