David Pearson's most famous NASCAR moment will always be the 1976 Daytona 500, crawling across the line to victory after an infamous clash with Richard Petty

Coming in NASCAR's heyday, when the charismatic Petty highlighted a generation of drivers that captured America's imagination beyond its southern roots, as sponsor cash poured in, Pearson, who died earlier this week aged 83, stood apart.

Pearson was the driver Petty feared, even during the days in which Petty fought NASCAR's grandfather Bill France Sr through the media and with protests during the fight for better safety and standards.

Daytona was often the battleground over NASCAR's open war as the series expanded, ahead of the arrival of the daunting Talladega that had drivers concerned.

Fitting then, that the unassuming Pearson - who backed Petty in the safety battle - showed the high stakes of Daytona against Petty.

Considered the most dramatic NASCAR race of all time, it was also the sort of race that made Pearson's style of driving Alain Prost-like before the Frenchman's nickname of the professor became synonymous with him.

So much so that Pearson was often overlooked as a leading star of NASCAR in favour of the more flamboyant Bobby Allison and Cale Yarborough, alongside Petty.

This was largely because Pearson never stood out in a race. 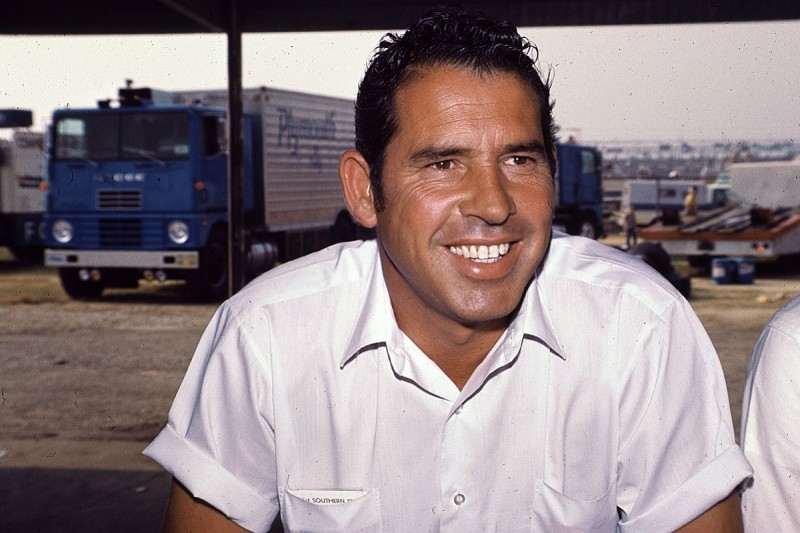 "You never saw Pearson in a race - particularly at a superspeedway - until the end," said legendary NASCAR track owner 'Humpy' Wheeler in Joe Menzer's excellent book, The Wildest Ride.

"The last ten percent, he'd show up. Where was he the rest of the time? He was buried back in eight or ninth or tenth, just waiting."

That's exactly how he played the 1976 Daytona 500, coming into the race with a reputation of winning the big races, often with the bigger prize pots, but having failed to win at Daytona.

With 12 laps to go, Pearson had a chance to end that statistic. Petty led, but in the era of the slingshot pass on the superspeedway, the Wood Brothers driver stormed past Petty into Turn 3.

"I got him," he was said to have shouted over the radio to team boss Eddie Wood. But on the final lap shortly after, Pearson shouted the infamous line: "The bitch hit me!"

Through Turn 4, Petty had nudged half a car length past Pearson, but the right rear of the iconic #43 Dodge tapped the left-front of the #21 Mecury and sent it nose-first into the wall as Petty crashed and spun to the infield.

Remarkably, Pearson reacted quickly and saved his car by revving his engine to keep it alive as Petty erred and forgot to hit the clutch as he spun off.

That split decision was the decider, as the severely damaged Mercury crawled to Victory Lane.

"He asked me what happened and I told him. The bitch hit me. Word for word."

It was a rare soundbite for Pearson, a man who liked to do the talking on the track, who saw no issue in Petty failing to seek him out to discuss the clash.

This was a driver who grew up in the rural lifestyle of South Carolina, his first car experience proving to be a 1938 Ford so ugly his mother offered him $30 to get rid of it. He accepted and cannily bought a '40 Ford which he hid out of sight from his mother and used in early races. 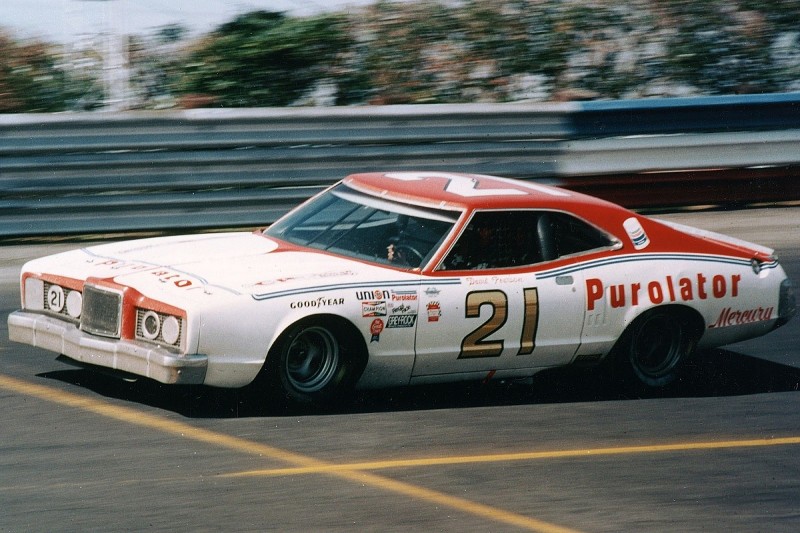 By 1960 he was at NASCAR's highest level after friends set up "the David Pearson fan club" on the local radio, which combined with his father's money, bought him a second-hand car from NASCAR regular Jack Smith.

That same year he was rookie of the year despite driving a selected schedule, and six years later he won his first title with legendary owner Cotton Owens, the first of three crowns.

A desire to race less often began a famous partnership with the still-existing Wood Brothers outfit, which he was best known for, particularly for his championship finish of third in 1972 despite running a schedule of 19 of 30 races.

The young team boss Glen Wood had been running AJ Foyt, but was looking to prioritise only the big races with the larger cash prizes, which suited Pearson down to the ground.

He beat famous rival Petty in his first race with Wood Brothers at Darlington in 1972 in what would become the greatest rivalry NASCAR had seen at a time when it was becoming ever-more mainstream.

NASCAR's all-time record race-winner in Petty may have beaten Pearson in that regard, but Petty certainly knew he had met his match. After all, in 63 1-2s between the duo Pearson won 33 races.

Great stories such as that are often a trademark of NASCAR's stars, and regularly told by Glen Wood and his brother Leonard, such as Pearson's regular reminders that he "don't need no practice" despite assurances that the car certainly did.

After an acrimonious exit from star team Holman-Moody over money, Pearson was grateful for the change of pace.

That fairy tale story would end bizarrely. By the end of the 1970s, Pearson and the Wood Brothers were no longer contenders, and it was a growing source of frustration.

At the 1979 Grand National race at Darlington, oil hit Pearson's windscreen. To his anger, it wasn't cleared at his pitstop and forced him to return to pitlane shortly after. 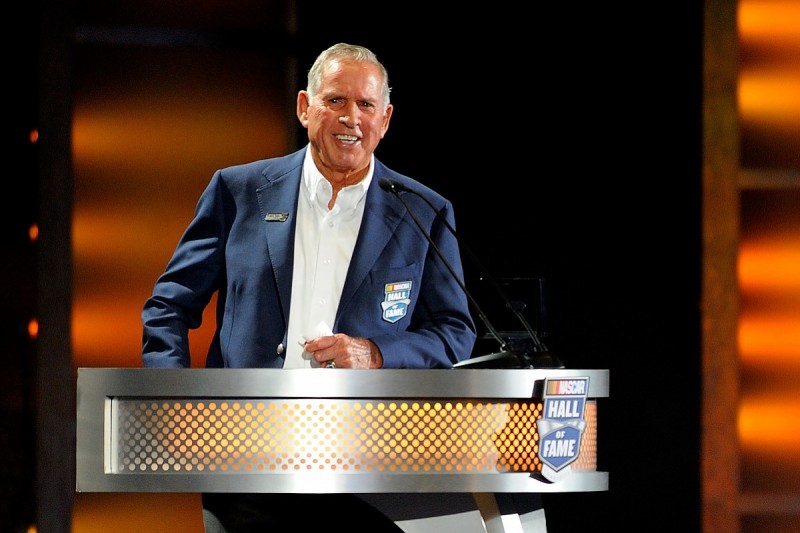 Pearson had failed to notice the pitcrew working on his left-side tyres and bolted out of the box the moment the right tyres were re-attached, grinding to a halt at pit exit.

That evening, the partnership was over. Pearson denied the pitstop played a role in it, instead stating "it was just time to split up."

He would compete at the highest level until 1986, and considered a return in '89 before pain during testing for Wood Brothers convinced him otherwise.

But 105 wins from 574 races, including 301 top fives and 113 poles was enough for him to regularly be voted as one of NASCAR's best-ever drivers.

Inducted into the hall of fame in 2011, NASCAR's reasoning summarised the man perfectly.

"The model of NASCAR efficiency during his career. With little exaggeration, when Pearson showed up at a race track, he won."