After a huge crash at Talladega, 44-year-old Brendan Gaughan joked that he will need the permission of his parents to race in the NASCAR Cup Series again

With less than 10 laps to go, leaders Ricky Stenhouse Jr and Kyle Busch made contact on the backstretch, sending Busch up the race track into then race leader Gaughan.

He then spun down the track and was hit by Kurt Busch, which flipped Gaughan into a single flip and his #62 Beard Motorsport Chevrolet landed on its wheels.

Fortunate to have everyone OK after this crash.

Brendan Gaughan went for a wild ride at @TalladegaSuperS. pic.twitter.com/GJ0cglML3c

"You might have to call Michael Gaughan or Paula Gaughan to ask that question because I think right now neither of them are very happy at the moment," Gaughan told NBC after being released from the infield care centre.

"In 22 years of NASCAR racing — I've flipped a ton in the desert — I've never flipped a stock car until now.

"So my mother and father might be a little upset.

"I think they're probably a little hot right now but I'll cool them down." 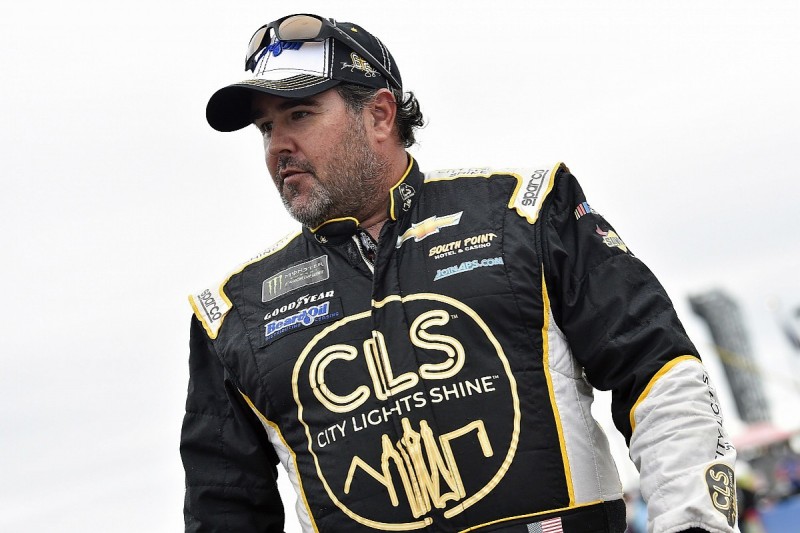 Since 2016 Gaughan has only started the four superspeedway events per season, with a best finish of seventh at the second Daytona race of the year in 2017.

He added that the crash had not soured his opinion of only contesting myriad superspeedway races because he "enjoys the crap" out of them.

"I was having a great time, we were up front," added Gaughan.

"I show up, what, four times a year and people think I'm crazy for loving this racing, but I love racing at Daytona and Talladega. I enjoy the crap out of this.

"When I come with the Beard family and the Chevrolet that they give me with that ECR engine that Richard (Childress) gives me and a little bit of help, we come to be here for the win.

Ryan Newman hit Gaughan just after the latter had landed, and said he was gad that Gaughan was OK while adding his displeasure at seeing airborne cars.

"Just happy that he got out of his race car," Newman said.

"It's still disappointing to me to see that after 50 years we're still flying race cars."