Ryan Blaney has scored a first NASCAR Cup Series win of the season for Team Penske in the rescheduled Talladega race, pipping Ricky Stenhouse Jr in overtime at the superspeedway

With the race taking place to a backdrop of an FBI investigation after a noose was found in Bubba Wallace's garage on Sunday in a targeted racist attack, with three laps remaining Stewart-Haas Racing's Kevin Harvick tipped Jimmie Johnson's Hendrick Motorsports' Chevrolet Camaro into a spin, to send the race into a single round of overtime.

Under a caution period with around 45 laps to run, the field pitted but teams were quick to warn their drivers that aggressive fuel saving was required, given a fuel window of 40 laps.

The likes of Tyler Reddick, Ryan Preece, Wallace and Alex Bowman all took turns in the lead, as the pack jostled for position in three-wide racing around the 2.6-mile superspeedway circuit.

Until the Johnson/Harvick caution, the leading pack of cars would not have been able to make it to the chequered flag, with Denny Hamlin even running out of fuel before limping home to the pits to take the overtime restart.

In the period of overtime, Stenhouse pushed Blaney into a lead he was ultimately not to lose, the #12 holding on to take his first win since the fall race at Talladega in 2019 by the narrow margin of 0.007s from Stenhouse's JTG Daugherty Camaro in a photo finish.

Behind, Aric Almirola was spun by contact with another car on the run out of Turn 4 and crossed the finishing line in his SHR Ford Mustang backwards, but was still enough to pip the recovered Joe Gibbs Racing Toyota Camry of Hamlin by 0.085s, who in turn was ahead of team-mate Erik Jones by a similar margin. 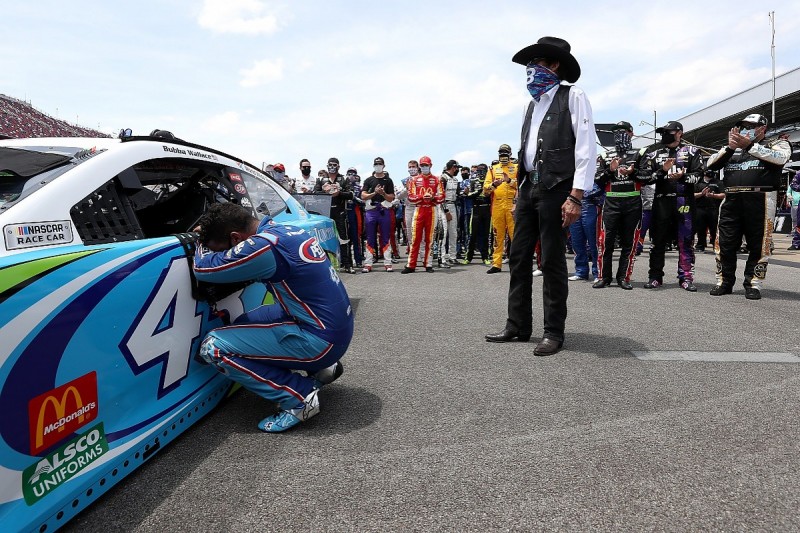 Chris Buescher ran strongly in a race which featured 56 lead changes and 19 different leaders and was suspended for an hour owing to rain near the end of the first 60-lap stage.

Buescher's sixth place finish for Roush Fenway Racing was his best result since the season-opening Daytona 500, as Alex Bowman slipped from leading the race late on to take seventh for Hendrick Motorsports.

John Hunter Nemechek took a Cup career-best result of eighth for Front Row Motorsports as Kurt Busch and Harvick rounded out the top 10 for Chip Ganassi Racing and SHR, respectively.

Johnson recovered in his #48 Camaro for 13th place, ahead of Wallace - whom had an emotional pre-race as the entire field showed their support after the news broke on Sunday evening of a noose being discovered in the #43 pit-stall following Wallace's efforts for racial equality.

Blaney's Team Penske team-mates Joey Logano and Brad Keselowski dominated the second stage of the race alongside Blaney, as the trio ran nose-to-tail for a majority of the segment.

However, following the lap 144 caution period, Logano and Keselowski dropped into the midfield, hoping their efforts to save fuel would pay off come the end of the race as others struggled. 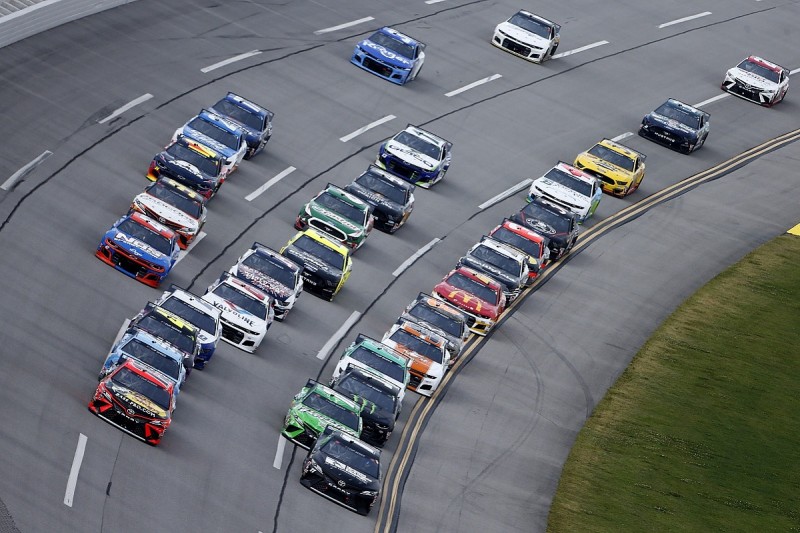 But they did not as the #22 or #2 Mustangs could only manage 17th and 19th respectively, ahead of Reddick, who claimed his first ever stage win in the Cup Series in the first segment - albeit under the caution following the rain delay.

Pole-sitter Martin Truex Jr struggled in the race, and was an anonymous 24th, barely featuring after the early laps.