The series introduced more stringent inspection processes ahead of 2018 in order to "level the playing field", replacing the dated template system.

Six Cup teams failed pre-qualifying inspections at last weekend's Kansas round and Kyle Larson's Ganassi Chevrolet had a dent in its rear window that NASCAR is now investigating ahead of a potential midweek penalty.

Reigning Cup champion Martin Truex Jr had described the inspection process as "frustrating" and admitted to concerns that penalties handed out mid-week could make fans believe NASCAR teams are trying to cheat the system.

"You've heard me come on and say we've got the most talented engineers in the world working on the race cars, and we believe that, it's certainly frustrating because it is on the teams to present their cars for inspection," he said.

"Then the third time [he] says you can't make your plate appearance, and the batter runs to the media and says, 'I can't believe they did this.'

"At some point, it gets frustrating on our end and at some point, we've got to get the teams to be able to show up and get through tech inspection."

NASCAR pointed out that the vast majority of teams who fail inspection have later made qualifying on time, but that there has been "repeat offenders" in 2018. 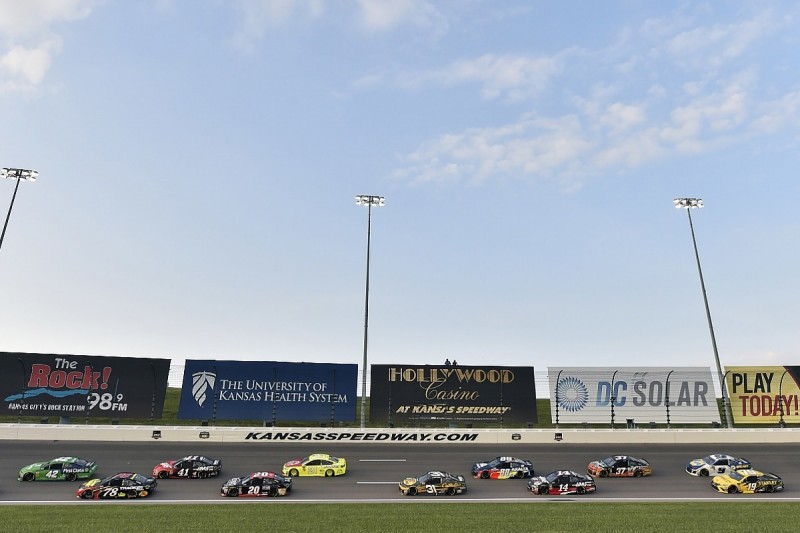 The series has responded during the year by upping the punishment in its penalties for inspection failures, with drivers and teams losing points in the standings in addition to the loss of a starting position in a Cup race if they cannot pass inspection before qualifying.

O'Donnell admits the increased punishment has not deterred teams.

"It hasn't seemed to work," O'Donnell said. "I think we'll go back and look at it collectively and continue to focus on the teams that are doing it right and really make that be the narrative.

"Where we can make an adjustment we certainly will; the last thing we want to do is to penalise any team, we don't want that to be the narrative."

O'Donnell also confirmed that Larson was under investigation for his rear window dent, which the Chip Ganassi Racing driver claimed was the result of damage caused by his clash with Penske's Ryan Blaney.

"I've never seen damage cause that," O'Donnell said. "So certainly, we'll go back like we always do and thoroughly inspect the car.

"It's an area we continue to focus on because the teams know they've found something there."