Earnhardt stepped out of the cockpit last July due to a concussion-related illness triggered by a crash at Michigan the previous month.

He has returned for 2017, which is the last year of his current deal with Rick Hendrick's team.

"I told Rick that I would like to get a couple of months under my belt to get confidence in my health," Earnhardt said.

"When I got hurt last year, and saw what it did, what it put the company through, saw it frustrate certain aspects of the company, it put a strain on our relationship.

"Our partners were worried about my future, Rick and everybody was worried.

"I don't want to do that again. I want to get some races under my belt and get some confidence in my health before I commit to him.

"I don't want to promise him something that I can't deliver on." 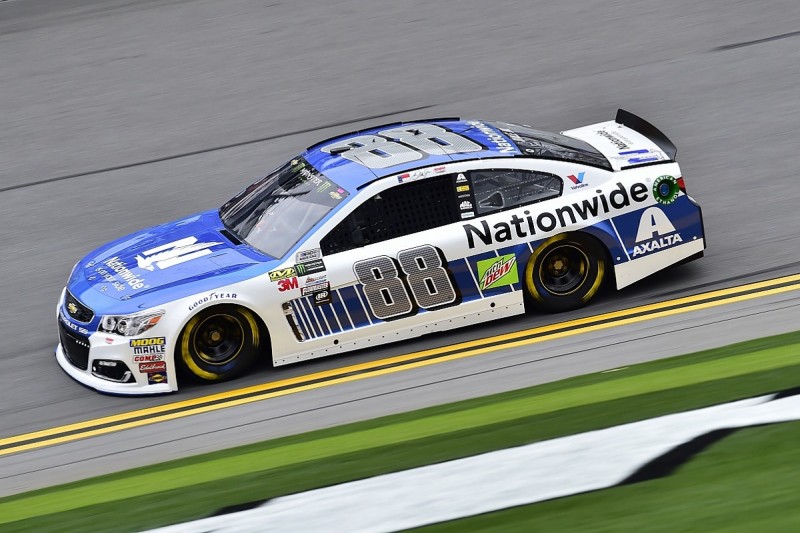 Earnhardt, who has been at Hendrick since 2008, underlined that he intended to race on beyond this season and to stay with the team.

"I've tried for the last year or two to put a number on it [retiring] but I've decided maybe it's best that I don't.

"Considering my health, I can't really put a date on it because I don't know what's going to happen going forward.

"I want to do a couple of months and then we'll sit down and if everything is going great, I'm confident to continue racing."

Earnhardt began his comeback with Daytona 500 practice and qualifying last weekend, during which he secured a front row start for the main event alongside poleman and team-mate Chase Elliott.

His first race since returning will be Thursday's Duel qualifying race, as he allowed Alex Bowman to take his place at Hendrick for the non-championship Clash race.

Bowman had shared stand-in duties with Jeff Gordon during Earnhardt's absence, but does not have a Cup race deal for 2017.