NASCAR Cup points leader Joey Logano is "sceptical" about his manufacturer Ford's strong start to 2018, despite its 1-2-3 at Atlanta last weekend

Penske driver Logano leads the series standings after the first two races thanks to fourth and sixth-place finishes, respectively, in the Daytona 500 and at Atlanta - where Stewart-Haas pair Kevin Harvick and Clint Bowyer sandwiched Logano's team-mate Brad Keselowski in an all-Ford top three.

Ford also performed strongly at Daytona before Richard Childress Racing's Austin Dillon won the race for Chevrolet having pushed the leading Ford of Aric Almirola into the wall on the final lap.

But Logano says that the unique nature of Atlanta means Ford's form cannot be judged yet.

"I'd be sceptical to say too much right now," said Logano.

"Yeah, we looked pretty good, but Atlanta is a unique beast. There's only one Atlanta.

"There's no other track just like it, so it's hard to say what's going to happen.

"I think next weekend [Las Vegas] really shows where your mile-and-a-half speed is at.

"Yeah, [Atlanta] is a mile-and-a-half, but it's not really like the mile-and-a-halves that we're used to, so next week will be the true test to see where we're at.

"But this is a decent start to the season. We have almost two top-fives. We didn't run badly."

Logano also suggested Harvick's personal form at Atlanta was a major factor in last weekend's performance, adding: "he can be on a tricycle and probably be that fast [at Atlanta], so I don't think it matters." 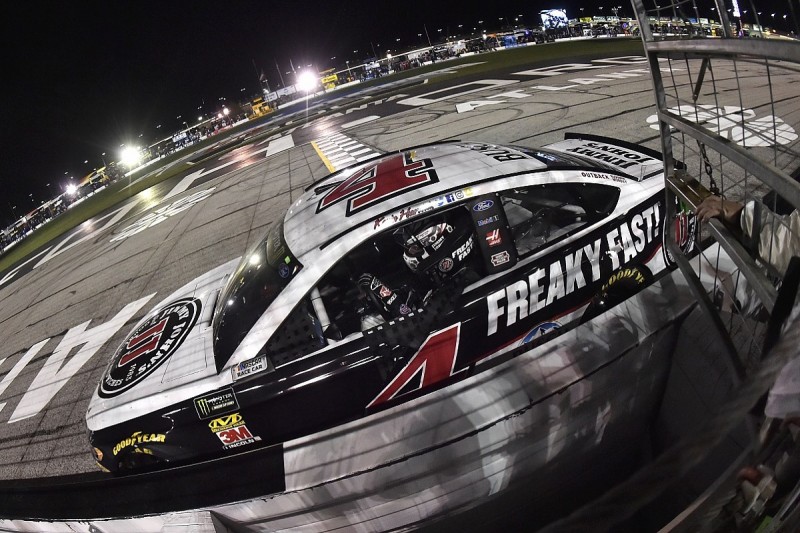 While Chevrolet introduced an all-new Camaro this year and Toyota dominated 2017 with a new design, Ford's last major update to its Fusion was in 2016.

Greg Zipadelli, Stewart-Haas Racing's vice president of competition said, believes NASCAR's new technical inspection process has had an impact as well as Ford teams simply getting more speed out of the car.

"I think absolutely we're in a little bit better place," he said.

"These guys have had a year to work with the car and understand it and make some little adjustments.

"I don't know if anybody really knew where they'd stand amongst the competition.

"There was some aero balance changes with just the way they're doing the process of inspection and how far you can push things and what you can get away with and all those little details."

Toyota was the next best manufacturer at Atlanta with Denny Hamlin in fourth ahead of 2017 champion Martin Truex Jr and Kyle Busch.

Kyle Larson and Chase Elliott were the best Chevrolet finishers in ninth and 10th respectively.