Only nine drivers were in the leading pack on the final lap at Atlanta and Chip Ganassi Racing's 25-year-old Kyle Larson was the only one of them aged under 30.

NASCAR drivers had previously rejected the idea of the series repairing the abrasive track surface at Atlanta, meaning it has not been fully repaved in 20 years and favours those with experience of it.

Harvick expects the younger drivers to be more competitive at Las Vegas Motor Speedway this weekend.

"There will be a lot of young guys in the mix [at Vegas] with a racetrack that's a little calmer with things that you don't have to have in your memory bank," he said.

"But we're in a great spot in our sport because we have these young guys that are fired up and can drive the car fast and have great stories and have ties to great family heritage of our sport, and you have guys that you've never heard of. That's what you have to have." 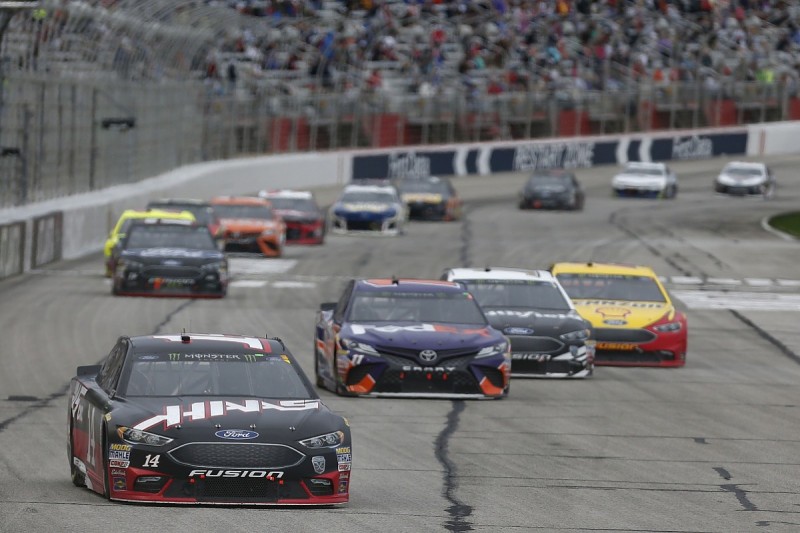 "It's [Atlanta] just an old school racetrack," he said.

"This is the way most of the tracks were, and how you learned from the guys that we were learning from, the Jeff Gordons and all those guys.

"This is just the way it used to be when you had a lot of horsepower and you could spin the tyres a lot.

"Then it seems like you get on these tracks like we'll be at next weekend and it's qualifying laps every single lap, and those kids will show back up.

"If you can figure out a way to wear these things [tracks] out again, I'd appreciate it!"