Starting from pole position, Busch led 377 of the race's 400 laps to take his first victory at Charlotte, the only circuit on the calendar he had not previously won a points-scoring race at.

Joey Logano passed Busch at the start, although Busch was able to get back ahead of the Team Penske Ford six laps later and went on to win all the stages during the race.

Busch stayed in front through comfortable pitstops from his JGR crew and fast restarts after cautions, only giving up the lead during green flag pitstops.

Stewart-Haas Racing's Kevin Harvick looked likely to challenge Busch after moving from the back row of the grid to the top five in the opening 65 laps, but he hit the wall on lap 83 after suffering a left front tyre failure.

Martin Truex Jr finished the race in second after starting in 15th. The Furniture Row Racing driver had to make his way through the pack again during the third stage after he was penalised for speeding in the pitlane. 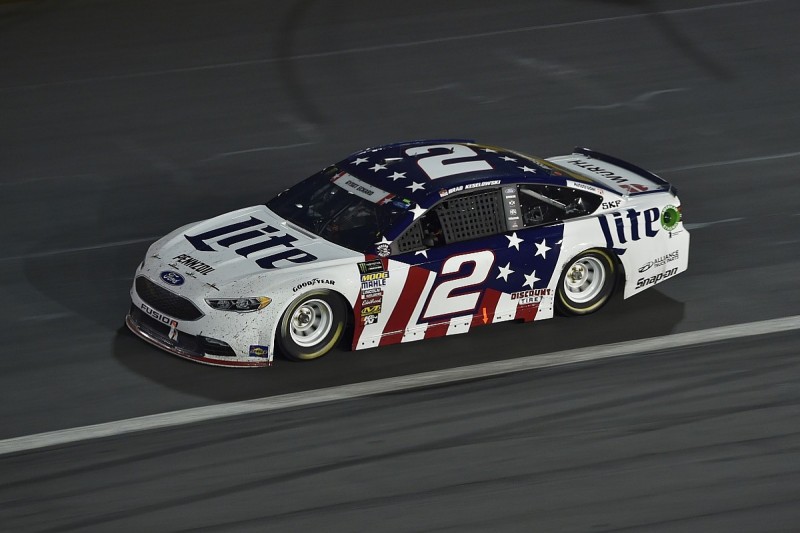 Penske's Brad Keselowski was off the pace during the first half of the race, but made his way into the top five in the final stage of the race and was running in third with 20 laps to go.

But Keselowski was beaten to third by Busch's JGR team-mate Denny Hamlin, who ran consistently inside the top 10 and completed a Toyota 1-2-3.

Jimmie Johnson put in a great performance to finish fifth in his Hendrick Motorsports Chevrolet, having spun on lap 120 after making slight contact with Hamlin.

Chip Ganassi Racing's Jamie McMurray rose up the order and into the top 10 during the second half of the race and took sixth place, with his team-mate Kyle Larson finishing in seventh.

Kurt Busch moved up from 16th at the start to eighth by the chequered flag for SHR, with Hendrick's Alex Bowman and Roush Fenway Racing's Ricky Stenhouse Jr rounding out the top 10.