Kyle Larson says he needs to improve his late-race restarts after losing the lead at Dover and taking a "disappointing" second place, his fifth of the 2017 NASCAR Cup Series

Larson is currently second in the Cup standings and took his only win of the campaign at California in March, but the Chip Ganassi Racing driver looked set for a second at Dover.

He led 241 of the 400 laps before Jimmie Johnson overtook him on the restart with three laps to go David Ragan's accident, resigning Larson to second despite having prepared for a late caution.

"I knew we would stay out if we had a caution and it happened," he said. "I just didn't execute.

"In a lot of them, I'm leading coming down late in the race. I've just got to get better on those restarts on old tyres."

The 24-year-old added that he had no response to Johnson's superior restart.

"Jimmie did a good job on the restart, a lot better job than I did," he said.

"That's why he's a seven-time champion. He has a 'golden horseshoe' somewhere and he's really good at executing.

"I've just got to get better at that." 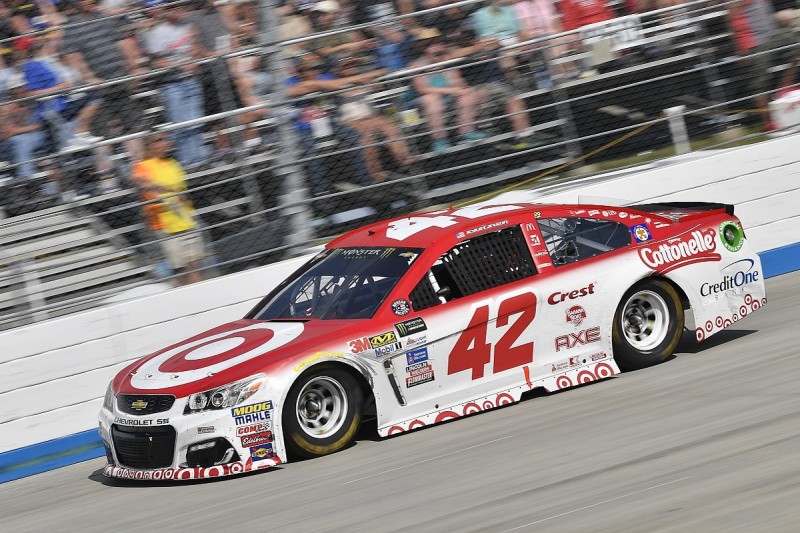 Knowing he had less grip than those behind and having struggled at earlier restarts, Larson says he "tried taking off using not a lot of throttle" but still got jumped by Johnson.

"I spun my tyres pretty bad," he said.

"I knew we were both going to spin pretty bad. I wasn't getting good launches [on restarts] all day long."

The two-time NASCAR race winner believes he would have won the race without the late caution.

"I felt like we were on defence the whole race," he said.

"Even though I led a lot of laps it felt like we were on defence a lot of the time - we'd be on two tyres when everyone else was one four, or we took just two left-side tyres.

"We needed to stay green at the end. I thought we were a lot better than Jimmie was at the time and then a lapped car in front of me blew a right-front [tyre]."