A late caution for David Ragan's tyre-failure-induced crash with four laps remaining took the race into overtime, with Kyle Larson leading the field.

Johnson had the stronger restart to storm into first place, just managing to cross the overtime line under green flag conditions before a multi-car pile-up caused the race to finish under caution.

Ty Dillon had been fourth after a strong run late in the final stage, but he spun in front of the pack on dust used to clear up behind Ragan's burning car, triggering a big last-lap crash on the back straight in the extended 406-lap race.

A pre-race gear change sent Johnson to the back of the grid, with the seven-time Cup champion - now tied with Cale Yarborough for most wins in the series with 83 - making his way up to fifth by the end of the first stage.

He was brought into winning contention mid-way through the final stage, when he chose to stay out while his rivals pitted under green flag conditions before Regan Smith's tyre failure caused a caution.

Johnson capitalised by pitting, emerging in third and then moving into second place, before taking the lead in overtime.

Larson spent long stints in the lead but, just like the same event in 2016, he narrowly missed out on triumphing at Dover.

Truex was one of the few to pit late on for tyres, missing the overtime chaos to claim third.

Ryan Newman steadily made his way up the order in the first half of the race, finishing fourth, ahead of Chase Elliott and rookie Daniel Suarez - who spent a large chunk of the race in the top 10.

Jamie McMurray emerged from the late mayhem in seventh, with Denny Hamlin recovering from an early penalty for an uncontrolled tyre in the pits with eighth.

Kevin Harvick was ninth and Danica Patrick next up, scoring her second top 10 result of the season despite a mid-race spin.

Polesitter Kyle Busch was classified down in 16th, dropping down the order early on after his left-rear wheel fell off after a fumbled pitstop. 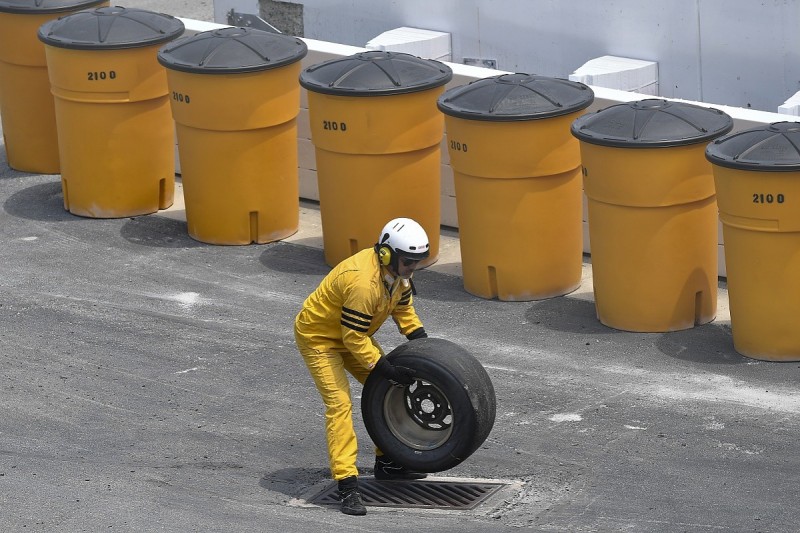 He rallied back to the front only to pit under green late on with a suspected loose front wheel.

It was a frequently-interrupted race, with 14 cautions in total - quite a few caused by drivers suffering tyre failures, eliminating several front-runners early on.

Ricky Stenhouse Jr was the first to hit trouble with his tyres, running third in stage one before two right-front tyre failures within the space of eight laps put him out of the race.

On the restart following Stenhouse's first incident, Kurt Busch lost the rear while battling for second and spun up the track, hitting Brad Keselowski.

The Penske driver retired on the spot, while Busch returned to the race, only to later crash heavily with a burst left-rear tyre. 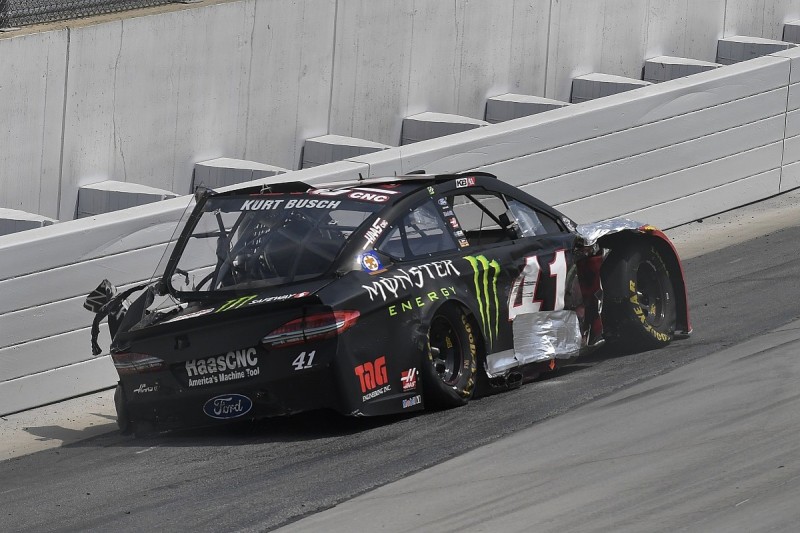