Previous Cup series champions, Cup race winners since the start of 2014 and past All-Star winners all qualified directly for Saturday's main event, leaving a 29-car field vying for the three grid spots available through the Showdown.

In previous years the top two finishers had gone through, but for 2015 the driver at the front at the end of the first 20-lap segment took the first All-Star position and was then allowed to retire while the rest fought it out in a further winner-takes-all 20-lap run.

Bowyer passed Menard for second a few laps later but could not catch Biffle.

Martin Truex Jr and Kyle Larson then moved to the front by only taking two new tyres in the pitstops between segments.

But a yellow just two laps into part two - caused by JJ Yeley spinning - led to a wild restart at which Bowyer burst his Michael Waltrip Racing Toyota to the front.

He escaped thereafter to take a second straight Showdown win by 1.5s from Menard, as Larson brushed the wall and had to pit, while Truex slid back to third. That means the Furniture Row driver will miss out on the All-Star despite currently being second in the Cup standings.

Danica Patrick only finished ninth, but won the fan vote that decided who got the third and final extra spot in the All-Star field. 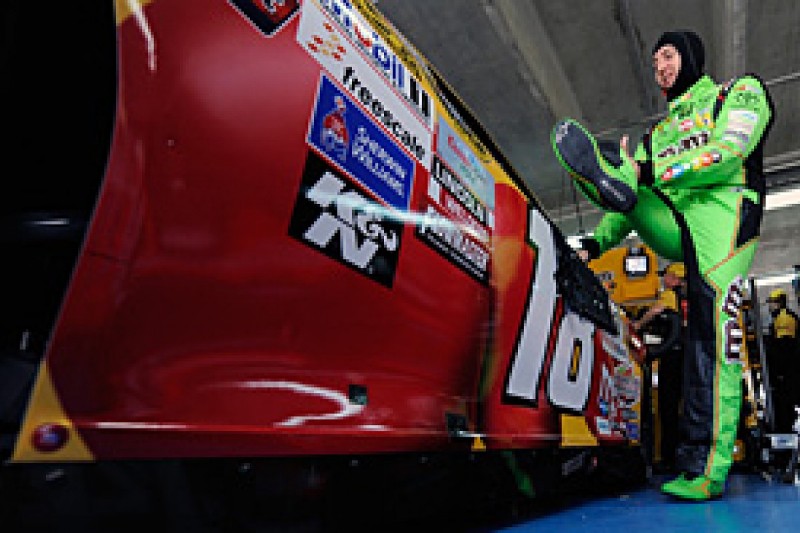 The drivers already in the All-Star had a 90-minute practice session on Friday afternoon, in which Kyle Busch announced his return to the track by setting the pace.

In his first appearance since his leg-breaking crash in the Daytona Xfinity Series race three months ago, Joe Gibbs Toyota driver Busch was quickest by 0.074s over 2014 All-Star winner Jamie McMurray's Ganassi Chevrolet.

The All-Star itself takes place on Saturday night, with a qualifying session in which each driver is timed across three flying laps and a pitstop followed by a 110-lap race broken down into five segments.