Truex was among the large group of drivers on the cusp of the final Chase positions going into last weekend's race. He ultimately made the cut in the final wildcard spot by virtue of a tiebreak with Ryan Newman.

However, Newman had looked set for a victory that would have put him, not Truex, into the Chase going into the final laps, only to lose the lead when Waltrip driver Clint Bowyer spun and caused a yellow under which all the frontrunners pitted.

It then emerged that just before Bowyer's spin, his crew chief Brian Pattie had radioed him to say "the #39 [Newman] is going to win the race", to which Bowyer responded "well, that kind of sucks".

Pattie then added "is your arm starting to hurt? I bet it's hot in there. Itch it", just after which Bowyer spun.

The following Dale Earnhardt Jr immediately questioned whether the spin was deliberate.

"It's the craziest thing I ever saw," said Earnhardt.

"I don't know if they could bring up his brakes and his gas [telemetry], but he was jerking the car around and then just spun."

Bowyer insisted the spin was genuine.

"I think we had a flat tyre or something," he said. 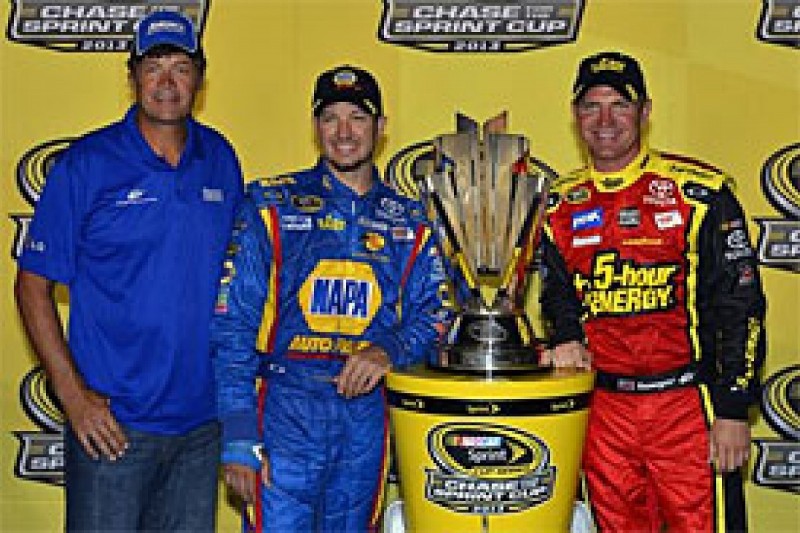 "We were leading the race and then we went back there and they were driving away from us.

"It was getting tighter and tighter [in that corner], and then the #88 [Earnhardt] got in there and by the time I got back to the gas he'd got into me and it just snapped around."

Newman had a slow pitstop under the consequent yellow and could only get back to third place.

Truex finished seventh, but his cause was further aided by the struggling Joey Logano getting up to 22nd place - sufficient to get him into the Chase on his points position without having to resort to the wildcard spot that Truex ultimately took.

Logano benefited from Bowyer making additional pitstops following his spin and Waltrip's third driver Brian Vickers being called in to pit under green, to his apparent surprise, according to radio tranmissions. Vickers and Bowyer fell to 24th and 25th.

Amid widespread scepticism in the NASCAR paddock and among the American media, the series issued a statement saying it was carrying out a routine review of the race events.

"NASCAR is reviewing Saturday night's race at Richmond International Raceway per protocol and has no plans for further statement until that process is complete," it said.

Truex was adamant he had no knowledge of events involving his team-mates or Chase rivals and had just been focused on his own race.

"I didn't even know it happened until after the race," he said of Bowyer's controversial spin.

"Honestly I had no idea. I raced my ass off all night long, that's all I can do." 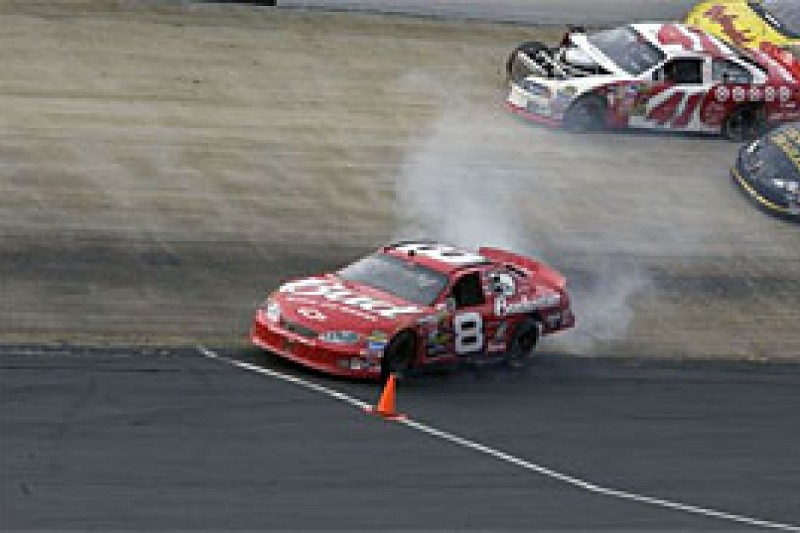 Dale Earnhardt Jr was given a 25-point penalty, $10,000 fine and placed on probation for intentionally spinning to cause a caution in the 2004 Bristol race.

Earnhardt openly admitted that he had spun because he was in danger of going a lap down as his car's handling faded due to a loose wheelnut.

NASCAR president Mike Helton said at the time: "We have several rules in our rule book that have been in place for quite some time to prevent someone from altering the outcome of an event.

"This was a clear-cut case of that. Actions such as this will not be tolerated. We will always react to protect the integrity of our sport."