There was immediate post-race scepticism over several incidents involving Waltrip cars at Richmond that lined up the situation in which Truex rather than Newman claimed the final Chase wildcard spot.

Most controversy focused on MWR driver Clint Bowyer's apparently deliberate spin to cause a yellow while Newman was leading.

Both Bowyer and team-mate Brian Vickers were also called in for unusual pitstops that helped elevate Joey Logano to a position where he made the Chase on points rather than needing the wildcard spot Truex was able to claim.

All three Waltrip cars and drivers were given 50 point penalties, applied to the pre-Chase points with the effect that Truex fell behind Newman and allowed the Stewart-Haas racer into the title run-off.

"It is our determination that the MWR organisation attempted to manipulate the outcome of the race," he said.

"As the sport's sanctioning body, it is our responsibility to ensure there is a fair and level playing field for all of our competitors and this action today reflects our commitment to that."

NO PROOF OF DELIBERATE SPIN

Team owner Michael Waltrip ascribed the events to a decision by Norris, though he referenced only the additional pitstops rather than Bowyer's seemingly choreographed spin.

"What occurred on the #55 radio at the end of Saturday night's race in Richmond was a split-second decision made by team spotter Ty Norris to bring the #55 to pitlane and help a team-mate earn a place in the Chase," said Waltrip. 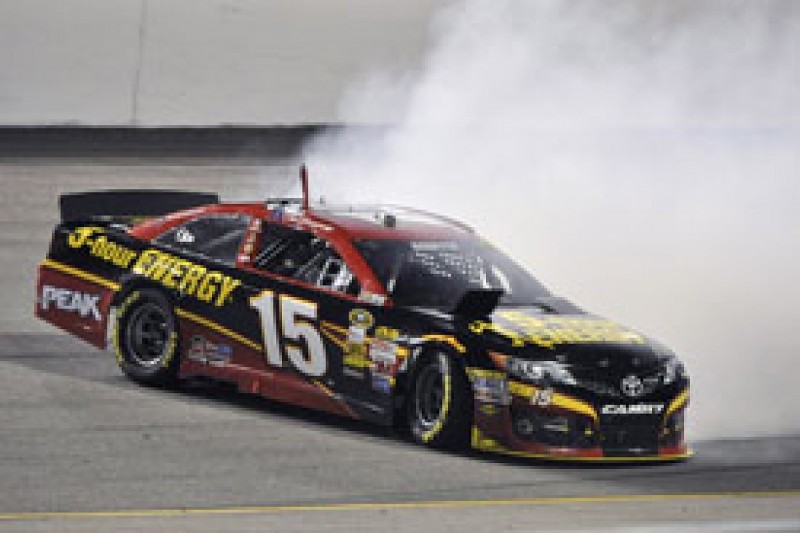 "We regret the decision and its impact. We apologise to NASCAR, our fellow competitors, partners and fans who were disappointed in our actions.

"We will learn from this and move on."

NASCAR president Mike Helton said the penalties had to focus on the radio communication and the pitstops because there was no proof the spin was deliberate.

"There's not conclusive evidence that the #15's spin was intentional," he said.

"There's a lot of chatter, there's the video that shows a car spinning, but we didn't see anything conclusive that that was intentional.

"Our reaction was specifically geared toward reacting to Michael Waltrip Racing collectively."

Michael Waltrip says his team is "not immoral" after NASCAR penalty