Michael Waltrip says his team is "not immoral" after NASCAR penalty

Michael Waltrip has denied that his team concocted a "masterplan" to manipulate the Richmond NASCAR Sprint Cup race, as a major sponsor said it was reviewing its backing

Waltrip driver Martin Truex Jr lost his place in the Chase championship run-off when NASCAR ruled that the MWR team had manipulated events at Richmond to hamper rivals and ensure Truex made the cut.

NAPA, lead sponsor on Truex's car, is now reviewing whether to continue its relationship with MWR.

"It's been very challenging," said Waltrip in an interview with the Fox television network.

"We received a pretty harsh penalty and we had a car taken out of the Chase. We accept those penalties.

"We're not immoral, we're not irresponsible. Decisions were made just based on circumstances.

"As we look back, we would've been smarter and done things differently.

"We didn't have a complex plan about how we were going to manipulate the race to get Martin in."

"We are disappointed that a partner associated with our organisation would make such a significant error in judgement," it continued. 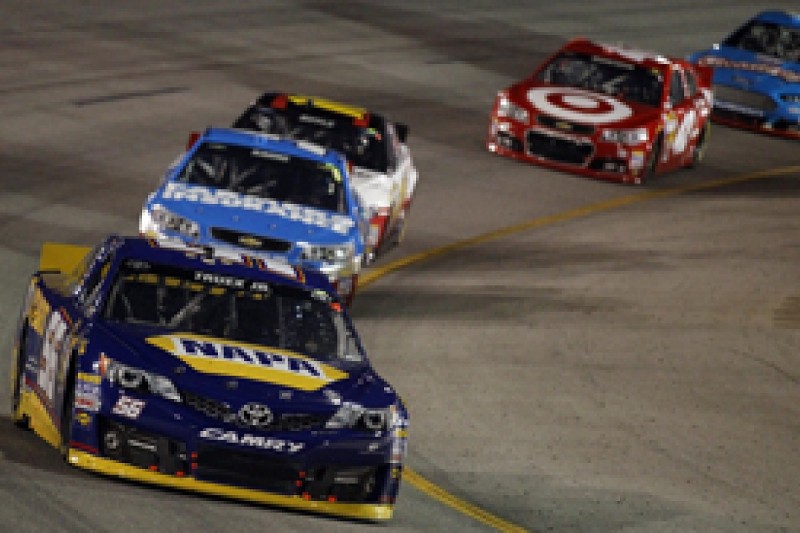 But NASCAR admitted it could not prove that the spin was choreographed, so had to focus on radio instructions to Bowyer and team-mate Brian Vickers to make unnecessary pitstops.

"The penalties were for the #55 [Vickers] coming down pit road to give up a spot that enabled the #56 [Truex] to make the Chase. It's impossible to defend, because we did it," said Waltrip.

He argued that team orders were prevalent in NASCAR, but accepted that the Chase repercussions made the situation more significant.

"We've seen people give up positions all the time in this sport to give a team-mate a point," Waltrip said.

"It's never before affected such an important situation. I understand that. We've learned."