Keselowski won his first Cup race of 2018 at Darlington last weekend ahead of team-mate Joey Logano.

The 2018 season has been largely dominated by the 'big three' of Kevin Harvick, Kyle Busch and Martin Truex Jr, who combined have won 18 of 25 races so far.

Keselowski has managed four podiums this year and has been caught up in key clashes such as the early pile-up in the Daytona 500.

"It's been really frustrating because we haven't had the speed we've had over the last few seasons and then the races where I feel like we've had the speed, I completely screwed them up.

"I felt like before we had the speed to win Daytona and Talladega, and that's probably about it, and I messed both those races up.

"I made one bad move in the draft, got cycled back, and then the wreck happened. 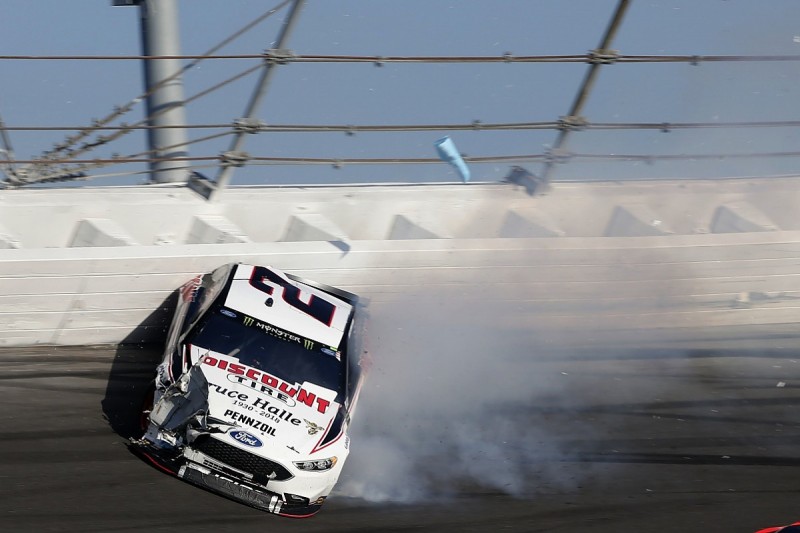 "And then both the Daytonas, I made the wrong move, one where I just was too nice to someone and another when I just didn't anticipate somebody else's bad move.

"Those were failures on my part, and so that's really frustrating."

Keselowski admitted his previous downturn in form made him concerned he might not win again.

"You just never know when you're going to get a winning race car again," he said. "You enter every weekend thinking that.

"We had a car capable of winning [at Darlington last Sunday], we executed, we made the most of it, and I'm so thrilled for that because I know those moments are not a guarantee.

"They recharge your batteries so much because the season is such a death march, especially when things aren't going well, and this is a complete battery recharge for myself and for our team."