Brad Keselowski will depart from Team Penske's NASCAR Cup Series lineup at the end of the season and be replaced by defending Xfinity Series champion Austin Cindric in 2022.

Cindric was previously announced as transitioning to the Cup Series full-time next season, driving the #21 Wood Brothers Ford, but Harrison Burton will now take that seat next year.

Penske said 2012 Cup Series champion Keselowski was leaving the team “to pursue other opportunities within the sport”, which opens the door to the potential Roush-Fenway-Keselowski deal that Autosport revealed in May.

“Austin is a champion and has proven his abilities both on and off the track.” said team owner Roger Penske.

“The Cup Series is a big step for any rookie but making this move now, in conjunction with the introduction of the new Next Gen car, makes sense.

“He has gained valuable experience this year competing in a handful of races at the Cup level and he has shown that he belongs out there.”

He has also made six Cup Series starts in 2021, leading laps in three of those events – while at COTA and Road America, Cindric qualified in the top five. In addition to those events, he also led laps at the Daytona 500 while running in the top 10 for the majority of the race. 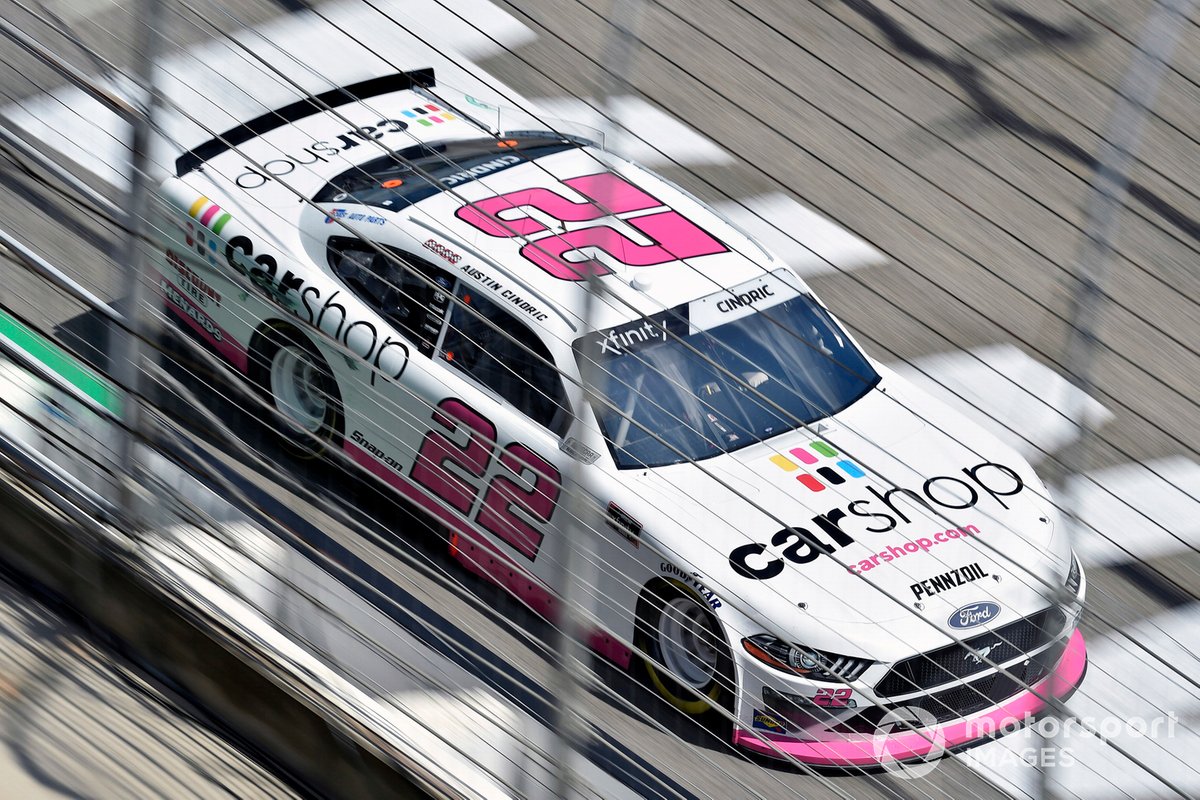 “Throughout my NASCAR career, I've grown a lot as a driver and an individual,” said Cindric.

“There are so many individuals within the walls of Team Penske that have elevated me to a level that matches this opportunity. The support towards my development from Roger, Team Penske, and all of our partners has been the leading factor towards race wins and a championship.

“The No. 2 car is iconic to this sport and is a number that represents the foundation of this team. It is a great honour and a great responsibility to continue that role.

“As 2022 gets closer, I am excited to embrace that. Until then, my focus remains on winning another Xfinity Series Championship.”

Team Penske announced that long-time partner Discount Tire will remain a key sponsor with the organisation moving forward on both the No. 2 of Cindric and the No. 12 of Blaney in 2022. The remainder of Cindric’s partner lineup will be announced at a later date.

Meantime, second-generation racer Burton, whose father Jeff made 695 starts between 1993 and 2014, will replace Matt DiBenedetto at Wood Brothers Racing.

“As a team owner, you always want to keep an eye for the future and what’s best for your organisation in hopes to set yourself up for success long-term,” said team President and Co-Owner Eddie Wood.

“As things have progressed and changed over the last few months, we had the chance to look at what our options are and when we determined that Harrison would be available for our team, we wanted to jump at the opportunity to work with him.

“Harrison is young, but comes from a family full of successful race car drivers. The advice and support they can offer to Harrison as he makes this transition will be very important to his success.

“What a lot of us forget is that he is not even 21-years old yet and has only been racing in both the Truck Series and Xfinity Series for a couple of years. So when we looked at the future and finding someone to build our program around, Harrison seemed like a great option.”